In a joint letter to the EU’s Greek presidency, British Prime Minister Tony Blair and his Swedish counterpart Göran Persson have challenged all EU leaders to cut CO2-emissions 60 percent.

Published on February 25, 2003 by Erik Martiniussen 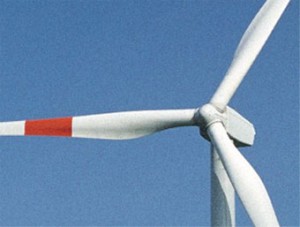 Yesterday the British government revealed a long expected Energy White paper. One of the goals in the paper is a to reduce Great Britains carbon dioxide emissions by 60 percent by 2050.

Concrete outputs
The UK’s cut goal is by far the most ambitious adopted by any industrialised country and could have a significant impact on future debate over future emissions targets under the UN Kyoto protocol.

Now Blair and his Swedish counterpart also challenge other EU leaders to adopt these ambitious greenhouse gas reduction goals. Building on an EU action plan on environmental technologies due soon from the European Commission, the two Prime ministers urge a series of new measures so as to “start delivering concrete outputs” and “show the world exactly what we mean by sustainable development”, Environment Daily reports.

They include further national targets for boosting renewable energy, continued EU-wide work to increase energy efficiency, development of a strategy for establishing an EU-wide infrastructure for alternative road fuels, and development of a Europe-wide system for environmental classification of cars and lorries by 2005 plus targets for increasing their use by 2010.

Actions to improve buildings energy efficiency are also sought, as are “renewed efforts” to phase out environmentally harmful subsidies, “especially subsidies for fossil fuels” and a reform of EU funding structures to promote development and adoption of environmental technologies.

– Threatens World peace
In a speech yesterday British Prime Minister Tony Blair said the destruction of the environment and global warming are as great a threat to world peace as terrorism and weapons of mass destruction. The remarkable speech has generated debate in Britain.

Mr. Blair, often accused of acting as Washington’s poodle, also took a sideswipe at his ally George Bush for tackling one and not the other. “There can be no lasting peace while there is appalling injustice and poverty,” Mr. Blair said, according The Guardian.

“Look around the world today, and it has to be said the quality of leadership on sustainable development elsewhere falls a little short of inspirational, especially in some of the world’s most powerful nations. We can’t allow ourselves to be thwarted by this sort of blind, business-as-usual bigotry.”

Mr Blair also challenged the US, the biggest energy consumer on earth, to do more to cut consumption. He challenged claims that cuts in emissions threaten economic growth, pointing out that thanks to new technology Britain has seen emissions fall 5 percent since 1997 while the economy has grown by 17 percent.

Yesterdays Energy White Paper was a big blow to Britains nuclear industry. Even though the Paper present ambitious greenhouses gas reduction-goals the nuclear industry was left a cold shoulder. Nuclear accounts for 23 percent of energy needs in the UK. The government yesterday gave the renewable power industry five years to prove it can meet a growing share of Britain’s energy needs – in effect leaving the back door open for the stricken nuclear industry to stage a comeback.

The British Green Party welcomed Tony Blair promises to get serious about climate change and environmental damage  but argued that Blair himself has been one of the chief obstacles to progress.

In a press release the partys Principal Speaker, Margaret Wright, said: Its vital that we get all this in perspective. Blair will announce £300 million for renewable energy research and development. But thats less than half the £650 million subsidy hes just given to the nuclear industry.