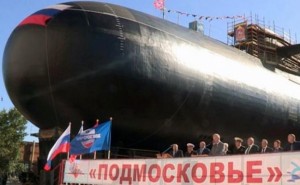 Russia has released a rejuvenated nuclear submarine down the slipways at the Zvezdochka Shipyard after it underwent “in-depth” repairs that have been ongoing for the past 16 years, the portnews.ru portal reported.

Originally one of six ballistic missile cruisers of the 667BDRM class, the Podmoskovye has emerged from its long retrofit as a “special purpose” vessel, said the agency.

It was originally launched as a military vessel in 1986, but was ordered back to the Zvezdochka yard for remodeling in 1999. The news portal reported that financial difficulties resulted in the protracted, 16-year revamp. 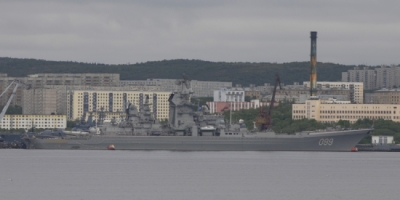 The Zvezdochka shipyard. (Photo: Courtesy of the Barents Observer)

The new fixes on the vessel included removing its compartment for firing Sineva intercontinental missiles and replacing it with living quarters and facilities for scientific work, the official TASS agency reported.

Retrofits on the Podmoskovye also include equipment for allowing it to dock with other deep-diving submarines, said the agency.

Reports from the Svobonaya Pressa portal hinted at even further uses that could not be independently corroborated, but were in keeping with other newswire reports on the vessel.

According to that portal, the Podmoskovye, will service not only other deep water exploration submarines but potential undersea research complexes in the interests of “top secret” operations for the Russian Defense Ministry’s deep water study program.

The living quarters for what the news portal termed “hydronauts” led to a significant increase in the submarine’s length, though the agency did not indicated by how long.

Official news agencies like TASS also reported the Podmoskovye was now longer as well, but similarly gave no data.

The latest tweaks to the Podmoskovye, said the Barents Observer news portal, make it possible for the vessel to dock smaller deep-diving submarines so they can conduct long duration undersea operations, particularly operations documenting the extent of Russia’s continental shelf as Moscow strives to broaden Arctic oil exploration.

Among those operations could be support and transport of Russia’s AC-12, or Losharik, deep diving titanium hulled nuclear sub, the portal speculated.

The Losharik was in 2012 reportedly instrumental in charting the extent of the Mendeleyev Ridge along the North Pole’s seabed as part of Russia’s recent submission to the UN that it’s continental shelf includes the North Pole itself, said the Barents Observer.

The Losharik is one of Russia’s top-secret deep-diving bathyscaphes, and has never been photographed in any detail except by accident when a car magazine photo shoot caught the vessel at the surface of the sea, the portal reported. 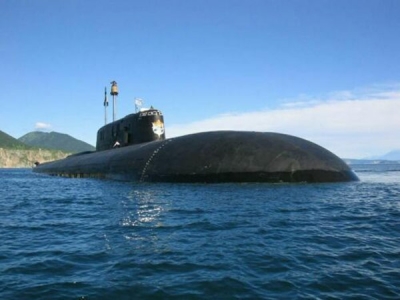 The Russian Navy over the past few years has invested a staggering amount in rebuilding its Northern Fleet, much of whose derelict subs were dismantled in cooperative efforts with the United States and other nations for a fraction of the cost.

Russia has launched the lead mutli-purpose missile subs in two new classes, the Yasen and the Borei. The Yasen class’s $2.1 billion Severodvinsk sub, was launched for sea trials the same day Putin made his comments.

The next Yasen class sub, the Kazan, is expected to cost $2.9 billion.

“The building of new nuclear submarines shows that the Russian Navy has funding, and that they should use a larger proportion of that money on cleaning up its still evident Cold War mess,” said Bøhmer.