Workers have repaired swelling and cracking of the graphite moderator at the Leningrad Nuclear Power Plant’s No 1 reactor – the world’s oldest Chernobyl-style RBMK reactor – and reconnected it to the power grid, Russian nuclear officials said Monday.

Published on December 3, 2013 by Charles Digges 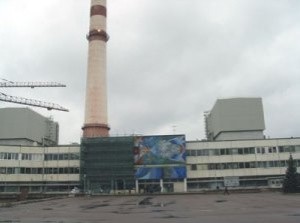 The news got two thumbs down from many environmentalists who had given the reactor up for dead when the malformations in the reactor’s moderator were discovered during maintenance in 2012. But ceaseless tinkering by the Russia’s nuclear industry resuscitated it to the point where it could be plugged back into the grid.

Whether or not this is safe, according to Alexander Nikitin, chairman of the Environment and Rights Center (ERC) Bellona, is at the moment unknown.  It is, however, said Nikitin, the first time such a drastic overhaul of an RBMK reactor has been made public.

Nikitin on Tuesday said he was trying to arrange a detailed meeting between ERC nuclear specialists and engineers who were responsible for the restoration process at the Leningrad Plant’ No 1 reactor. So far, he said, he has been met with reluctance and bureaucracy.

He said that “issues of safety, from a technical point of view cannot be answered in a blanket fashion – we need to know more about what precisely was done before we can make any determinations about whether the reactor can operate safely.”

Nikitin asserted, however, that the unit’s reconnection is essential to heating the nuclear plant’s host town, Sosnovy Bor, some 70 kilometers west of St. Petersburg and its 5 million-strong population, during the cold winter months.

A Leningrad Nuclear Power Plant 2 is currently under construction near the first plant, and its first reactor is scheduled to come online in 2015, according to Russian state nuclear corporation Rosatom’s new “roadmap” for reactor construction through 2024.

‘All RBMKs must be shut down’

Nils Bøhmer, Bellona’s general director and nuclear physicist said: “We are disappointed and frightened that that this reactor has come back online.”

“All reactors of the Chernobyl-type RBMK model should long ago have been shut down,” said Bøhmer. “The Russian authorities should be paying more attention to alternative methods to supply heating and energy in the region.”

Vladimir Slivyak, co-chair of Russia’s Ecodefense environmental group likened putting the reactor back into operation to a situation where “the Russian nuclear industry is playing Russian roulette.”

Putting the reactor back online, he told Bellona in an email interview, “is extremely dangerous and could actually cause a large accident that will effect millions of people in St. Petersburg and the surrounding areas,” adding that, “This is a Chernobyl-type reactor and it is impossible to bring it up to modern safety standards.”

The RBMK revival: everything old is new again

But nuclear officials in Russia are greeting the fix-it job as a landmark revival of the RBMK reactor, the oldest kind of civilian reactor in its fleet.

Leningrad Nuclear Power Plant Director Vladimir Pereguda, hailed the efforts of his staff’s ability to get the reactor up and working again and described its reappearance on the grid as a “rebirth, ” according to remarks carried by World Nuclear News.

The agency also reported that Rosatom’s first deputy director, Alexander Lokshin, said the event marked a “significant milestone in the history of RBMK.”

The work undertaken at the Leningrad unit is now expected to extend to the other 10 RBMK reactors still in operation in Russia.

This did not come as unexpected news to Nikitin, who was told last spring that similar extensive rebuilds have taken place in the past.

He said that Yevgeny Adamov, the disgraced former head of Minatom, Rosatom’s precursor, had told him last May that enormous overhauls of RMBK-style reactors had been undertaken many times – only without mentioning it to the public.

Nikitin said Adamov would not specify which reactors had undergone such serious repairs, and Adamov could not be reached on Tuesday for further comment.

Adamov was on arrested on May 2, 2005 while visiting his daughter in Switzerland on a US warrant for allegedly laundering $9m in funding from the US Department of Energy for eliminating nuclear waste in Russia. He was ultimately extradited by the Swiss to Russia to stand trial and was eventually sent to a penal colony, but given a suspended sentence two months into his 5-year imprisonment.

Cracks and deformities discovered in 2012

The No 1 unit was taken offline in May, 2012, for routine repair work, during which deformations in the graphite blocks making up its moderator where discovered. The cracks and warps could, said Heikki Reponen head of the Finnish Nuclear Regulatory and Safety Authority (STUK) in an interview with Bellona, could have led to coolant cutoffs and uncontrolled chain reactions. STUK has long acted in an advisory, as well as critical role regarding the Leningrad Nuclear Power Plant.

Spokespeople for the Leningrad Nuclear Power Plant, while acknowledging the discoveries in the moderator, said that the reactor was not considered dangerous and would simply remain in a state of maintenance shutdown until the moderator was repaired.

The RBMK is a light water-cooled reactor with individual fuel channels surrounded by the graphite blocks that form the reactor’s moderator. RBMKs are moderated by graphite rather than water, which is used in more contemporary designs. RBMKs from the outset, then, pose a far more severe risk during operation as graphite is flammable.

Nikitin said that management at the Leningrad Nuclear Power Plant had still not issued any official commentary regarding the reactor’s restoration.

Niktin did say, however, that that plant director Pereguda told him that the prolonged shut down period to repair the unit 1 reactor would not effect its slated shut down date of 2018.

It is unknown, however, whether reactor operations can continue for long.

STUK’s Reponen, told Bellona in May 2012 that if the reactor ever did come back online it might only be for a short time. The reactor itself is 39 years old, and RBMKs’ engineering capacity was initially only 30 years.

If the Leningrad Unit 1 does indeed make it to its expected shut down date of 2018, it will be 45-years-old. Reponon’s successor at the helm of STUK, Petteri Tiippana, could not be reached for comment on Tuesday, as his secretary said he was traveling.

Russia is the only country still operating RBMK reactors, and all, apparently, could become subjects of Rosatom’s enthusiastic new refurbishment process.