MOSCOW – Five Russian nuclear power plants (NPPs) started the new year with new statistics of scrams, emergency repairs, and power reductions – incidents that not only affect a station’s economic performance but can serve as precursors to more serious accidents at the site.

Published on February 8, 2013 by Andrey Ozharovsky, translated by Maria Kaminskaya 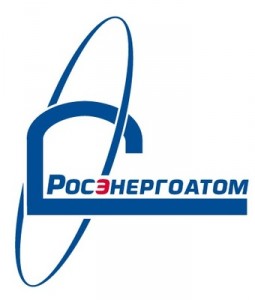 January saw a series of brief unscheduled shutdowns at Kola, Rostov, and Kalinin NPPs (in Russia’s Far North and Southern and Central European Russia, respectively). One of the reactors of Kalinin NPP was shut down by the emergency protection system, and Unit 3 of Kursk NPP (in Central European Russia) was shut down for unplanned repairs. The only unit in service at Beloyarsk NPP (in the Urals region) will be operating at reduced power until April.

On January 10, Beloyarsk NPP’s public information centre posted the following report (this and similar links below point to Russian-language statements posted by public information centers of individual nuclear power plants on the official website of the Russian NPP operator company, Rosenergoatom Concern): “[…] starting on December 27, 2012, the power output of Unit 3, with a BN-600 reactor, was reduced to a level of 76% of nominal capacity in order to remedy a number of findings regarding the functioning of the equipment. […] In the period between January to March 2013, Unit 3, with a BN-600 reactor, will be operating at a power level of 450-500 [megawatts].

The plant’s public information center did not elaborate on the nature of the “findings regarding the functioning of the equipment” other than to say that they “do not affect neither the personnel of Beloyarsk NPP, nor the population residing in the adjacent territories, nor the environment.” The unit’s electric power capacity is 600 megawatts. For a period of over three months, it will operate at a power capacity reduced by 16 to 25 percent, with the Urals grid losing some 100-150 megawatts in electricity.

Beloyarsk NPP’s Unit 3, which runs a fast neutron reactor BN-600 was taken online on April 8, 1980. This is the only large commercial fast neutron reactor in the world. The United States, France, Great Britain, and Japan have experience operating commercial reactors of similar designs, but these countries abandoned fast neutron projects over the high risk of accidents, unstable performance, and dismal economic record. The BN-600 reactor has had its own share of incidents, including those involving sodium coolant leaks and sodium fires. The reactor’s engineered useful life term ended in 2010. However, though absent of a state ecological review, a licensing extension was granted until 2020.

Kola NPP was the first one to run into trouble during the first month of the year.  A statement posted by Kola NPP’s public information center on Rosenergoatom’s website said on January 12: “On January 12 at 3:43 am Unit 1 of Kola NPP was shut down by the automatic protection system following the actuation of the transformer electrical protection.” The  malfunctioning of the transformer was corrected, and the unit was put back online on January 12 at 9:29 pm. The downtime at the reactor unit, which has a capacity of 440 megawatts electrical, was 17 hours 46 minutes.

Reactor Unit 1 of Kola NPP runs a VVER-440 reactor launched in June 1973. Its engineered useful life term expired in 2003, but an extension was nonetheless granted on the operational license for the aged and technologically obsolete reactor despite objections voiced both by the public and local prosecutors. The latter questioned the legality of the extension issued in the absence of a state ecological impact evaluation, but, as Bellona reported, later dropped the case.

Unscheduled reactor shutdowns – and even unscheduled repairs – have been known to happen even after the completion of planned maintenance at a site. This is what happened at Unit 3 of Kursk NPP. The Crisis Management Centre of the State Atomic Energy Corporation, Rosatom, reported: “Kursk NPP (director [Vyacheslav] Fedyukin), city of Kurchatov of Kursk Region, Unit 3 (RBMK-1000) – unit taken out of service for repairs. On January 14, 2013, at 7:00 pm, with the plant operating at combined capacity of 4,202 [megawatts] (Unit 3 [operating] at 1,050 [megawatts]), an increase in moisture was detected in Area 404/1, 2. Unit disconnected from the grid at 11:14 pm and taken out of operation for repairs until January 21, 2013, in order to determine and eliminate the causes of moisture appearing in Area 404/1, 2.”

No detailed information on the nature of this “moisture” was made available.

The public information center of Kursk NPP confirmed the unplanned shutdown of power output at Unit 3 in a January 15 statement on Rosenergoatom’s website. As of the time this report appeared in its Russian original on Bellona’s website, on January 22, the 1,000-megawatt unit was still under repair, having been in outage for over seven days. Overall, the downtime lasted just over two weeks, until the unit was plugged back to the grid on January 29, as reported in this statement by the plant’s public information center.

Notably, Unit 3 had recently undergone a planned overhaul, which was completed on November 13, 2012, and for the period between 1:00 am of January 2, 2013, and 8:00 am January 4, 2013, it was scheduled to operate at 50 percent capacity due to expected decline in demand for electricity during the New Year holiday break.

The unplanned two-week repairs may have been caused by poorly performed planned maintenance, or problems that may have emerged during operation at 50 percent capacity, or plainly because of the aging equipment.

The third unit at Kursk NPP – which runs four Chernobyl-type RBMK-1000 reactors – was taken online in 1983, and its engineered life span is to expire in 2013.

A statement by Rosatom’s Crisis Management Centre reported the following: “Rostov NPP (director [Andrei] Salnikov), city of Volgodonsk of Rostov Region, Unit 2 – unit disconnected from the grid. On January 18, 2013, at 4:52 pm, with the plant operating at combined capacity of 2,083 [megawatts] (Unit 2 [operating] at 1,013 [megawatts]), Generator G-2 was disconnected from the grid due to the activation of the ground-fault protection.”

Rostov NPP’s public information center confirms: “On January 18, 2013, at 4:52 pm, generator at Unit 2 of Rostov NPP underwent a power cut with subsequent power shedding at the unit. The causes of the power cut are being determined. Power output at Unit 2 reactor has been reduced to 40 percent.”

The unit was plugged back into the grid on the following day. “On January 19 at 0:39 am Unit 2 of Rostov NPP was connected to the grid. At 5:30 am, the reactor was taken to 100 percent capacity,” the station’s public information center said in a January 19 statement.

Unit 2 of Rostov (Volgodonsk) NPP, with a 1,000-megawatt VVER-1000 reactor, was taken online in December 2010. With just two years in operation, it is the youngest among the reactors that experienced glitches of one sort or another in the beginning of the year.

A statement by Rosatom’s Crisis Management Centre said: “Kalinin NPP (director [Mikhail] Kanyshev), city of Udomlya of Tver Region, Unit 1 (VVER-1000) – unit disconnected from the grid. On January 20, 2013, at 3:15 am, with the plant operating at combined capacity of 4,098 [megawatts] (Unit 1 [operating] at 1,055 [megawatts]), Turbogenerator TG-1 was disconnected from the grid.”

A reactor scram triggered by the automatic protection system, though it is not an emergency situation and is provided for in the project, is still an unpleasant event. Activation of the protection system initiates complex transient processes that do not always go to plan. Unpleasant consequences may also occur for the regional grid, which suddenly loses 1,000 megawatts in power-generating capacity.

The grid that supplies electricity to consumers in Central Russia is resilient enough and apparently sustained this loss caused by the January 20 outage of Kalinin NPP’s Unit 1 without blackouts, likely having compensated for the missing capacity by such measures as bringing on hot reserve capacity available at gas-fired plants.

Incidentally, three days before the unscheduled shutdown, Kalinin NPP held a meeting to sum up the results of the 2012 maintenance campaign. The station’s public information center reported: “In 2012, planned maintenance was performed at Units 1, 2, and 3 of Kalinin NPP. The scheduled tasks were performed in full, with the maintenance campaign completed 5.1 days ahead of schedule.” It may have been that this urgency to fast-track planned maintenance was responsible for the subsequent unplanned shutdown of Unit 1.

As of January 22, when the Russian original of this report was posted on Bellona, no information that the unit had been reconnected had appeared on Rosenergoatom’s website. No update had been posted before this English translation went on Bellona’s website on February 8, either. The unscheduled repair and downtime at the 1,000-megawatt reactor have been in progress for over two weeks.

The incident statistics at Russian nuclear power plants for just one month of January 2013 show that unscheduled reactor shutdowns are hardly rare occurrences. Fortunately, none of January’s glitches resulted in any increased radiation hazard at the sites. 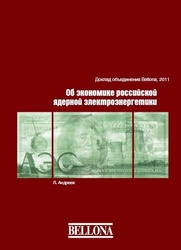 First and foremost, reactor scrams impact a power plant’s economic performance. A reactor that is disconnected from the grid does not produce power; coupled with the need to spend money and other resources on its unplanned maintenance, this leads to direct economic losses. There are indirect costs as well. In order to compensate for a sudden loss of a large generating capacity, the grid needs to maintain and service a so-called “hot reserve”; in other words, standby thermal power plants will spin their turbines idly, without producing electricity,  so that they could step in to replace the missing capacity should an unforeseen outage occur. Hydropower plants can be engaged as well to compensate for a sudden loss of nuclear capacity, though as standby capacity, they, too, will have to keep shedding water bypassing the turbines and thus generating no electricity for the grid.

Bellona’s 2011 report “The Economics of the Russian Nuclear Power Industry” is a comprehensive assessment of the real and full costs incurred by the nuclear power industry. The author, Leonid Andreev, comes to the following conclusion: “The estimates we have drawn from our analysis show that as of today, the nuclear energy industry is an economically unviable sector and is incapable of developing on a commercial basis – even with state guarantees in place that eliminate some of the market risks existing for the industry.”

One of the factors that warranted such a conclusion is the need for the grid to maintain an operating reserve: “If a nuclear power plant […] is disconnected from the grid – for maintenance works, for example – the grid is forced to compensate for this loss of power supply by producing expensive energy using reserve capacities or by importing energy from other regions.”