Russian Federal Prosecutors have accused a company owned by the country’s nuclear energy corporation, Rosatom, with massive corruption and manufacturing substandard equipment for nuclear reactors under construction both at home and abroad.

Published on February 27, 2012 by Charles Digges 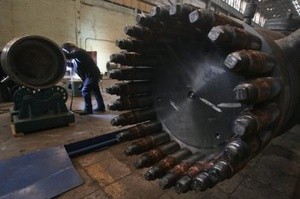 The ZiO-Podolsk machine building plant’s procurement director, Sergei Shutov, has been arrested for buying low quality raw materials on the cheap and pocketing the difference as the result of an investigation by the Federal Security Service, or FSB, the successor organization to the KGB.

It is not clear how many reactors have been impacted by the alleged crime, but reactors built by Russia in India, Bulgaria, Iran, China as well as several reactor construction and repair projects in Russia itself may have been affected by cheap equipment, given the time frame of works completed at the stations and the scope of the investigation as it has been revealed by authorities.

“The scope of this scandal could reach every reactor in Russian and every reactor built by Russia over the past several years and demands immediate investigation,” said Bellona President Frederic Hauge. “Were is the political leadership in the Russian government to deal with such a crime?”

Hauge expressed outrage that an alleged crime of such a massive scale was not leading to immediate action to check each reactor that may have been affected by the profit pocketing scheme, and he was frustrated that the FSB and prosecutors were not naming specific reactors that may be involved.

“As long as the Russian government is not investigating this case correctly, we will have to ask international society to do it,” he said.  “Bellona will be taking further action in this case.”

“Stopping and conducting full-scale checks of reactors where equipment from ZiO-Podolsk has been installed is absolutely necessary,” said Slivyak. “Otherwise [there is] the risk of a serious accident at a nuclear power plant with cleanup bills stretching into the tens and even hundreds of millions of dollars [that] will have to be footed by taxpayers.”

The criminal case was opened against ZiO-Poldolsk in December, but information about the investigation was released in the Russia media via the official Rosbalt agency only last week – a common circumstance in FSB-associated investigations.

The charges leveled against ZiO-Podolsk, which is Russia’s only manufacturer of steam generators for nuclear plants built by Rosatom domestically and by its international reactor construction subsidiary Atomstroiproyekt are a staggering blow to Rosatom’s credibility.

But the paperwork is rather a technicality for a machine works that has been involved with the nuclear industry since its inception. Founded in 1919, ZiO-Podolsk produced the boiler for the first electricity-producing nuclear reactor at Obninsk in 1952, and has produced the boilers for every Russian reactor built ever since.

A shudder in the environmental community

According to prosecutors, ZiO-Podolsk began shipping shoddy equipment in 2007 or perhaps even earlier. This has implications for the safety of nuclear power plants built by, or that bought equipment from, Rosatom in Bulgaria, China, India and Iran – as well as Russia – striking a chord of outrage and distress among environmental groups.

ZiO-Podolsk is also making critical parts for the reactor pressure vessel and other main equipment for the BN-800 fast reactor at Beloyarsk Nuclear Power Plant, in Russia’s Sverdlovsk Region in the Urals, a source told Bellona on the condition of anonymity.

The machine works giant is also making steam generators for Russia’s Novovoronezh, Kalinin, and Leningrad Nuclear Power Plants, and Belene in Bulgaria, according to the London-based World Nuclear Association.

The case assembled against ZiO-Podolsk involves embezzlement of state funding intended for purchases of raw material that are compatible with contemporary safety standards for nuclear reactors, Rosbalt reported.

According to the FSB investigation – which was described in unusual detail by the news wire – procurement director Shutov allegedly purchased low-grade steel for equipment in collusion with ZiO-Podolsk’s supplier AТОМ-Industriya. That company’s general director, Dmitry Golubev, is currently at large after embezzlement charges were filed against him by the same Moscow court that ordered Shutov’s arrest, Rosbalt quoted FSB sources as saying.

The scheme between Shutov and Golubev allegedly involved Shutov turning a blind eye to inferior quality steel in return for a large portion of the profits reaped by ATOM-Industriya, the FSB told Rosbalt, citing transactions that were accounted for in bookkeeping documents the security service said it confiscated from the financial director of ATOM-Industriya.

“This company purchased cheap steel in Ukraine and then passed it off as [a] more expensive [grade]; the revenues were shared by the scam’s organizers,” an FSB source was quoted by Rosbalt as saying.

FSB agents said that ATOM-Industriya produced some 100 million roubles’ (€2.5 million) worth of pipe sheets, reactor pit bottoms, and reservoirs for ZiO-Podolsk – equipment that was delivered to Russian and foreign reactors – including an order of so-called tube plates for high-pressure heaters at Bulgaria’s Kozloduy NPP. High-pressure heaters, while having no relation to the safe operation of reactors, are used to improve efficiency of power output.

When Rosbalt ran its detailed story last week, the management of Kozloduy NPP was quick to respond by releasing an early statement saying its two heaters had been “functioning flawlessly” since their installation dates in 2010 and 2011.

A statement released 10 hours later that day carried by a different news agency, however, reported that Kozloduy NPP CEO Alexander Nikolov had sent off a letter to ZiO-Podolsk and Atomstroiexport demanding that they certify the quality of the metal in the heaters.

The FSB alleged to Rosbalt that the use of shoddy steel in the case of the heaters manufactured for Kozloduy NPP alone netted a black profit of 39 million roubles (€1 million) for ATOM-Industriya.

Ecodefense’s Slivyak said he believed the Rosbalt report and its copious quotations from the typically secretive FSB to be on the level.

Aside from the suspicions raised by Kozloduy NPP, Slivyak also said that the Russian built Tianwan Nuclear Power Plant in China had previously complained to Rosatom with over 3,000 grievances regarding the low quality of materials delivered to construct the plant, lending credence to the FSB’s version of events.

Slivyak further noted the FSB, which functions as an attack dog for the government of Vladimir Putin, has nothing politically to gain by giving Rosatom – a pet corporation in Putin’s “power vertical” – a black eye.

The week following Robalt’s article, Rosatom, which had previously refused comment, and Atomenergomash, released a bristling denial as interesting for what it does say as for what it leaves unsaid.

“Rosatom and Atomenergomash deny information related to substandard equipment at nuclear power station that was delivered by ZiO-Podolsk,” read the joint statement. The companies say that “all possible announcements about unsuitable production quality at ZiO-Podolsk are knowingly incorrect and mistaken.”

The statement continued, saying: “A stringent multi-layered system of quality control is in place at ZiO-Podolsk, encompassing all level of production: from expert evaluations of received materials and ores to final inspection of products. Evaluations of the compliance of equipment’s quality delivered to foreign nuclear power stations is carried out by the authorized organization OAO Zarubezhatomenergostroi.”

But the joint statement failed to contradict information supplied to Rosbalt by prosecutors concerning the arrests of upper-management officials at ZiO-Podolsk and ATOM-Industriya.

Two spokesmen for the FSB contacted by Bellona confirmed the version of events their colleagues described to Rosbalt, but refused to discuss “an ongoing investigation” further. They also refused to comment on what other nuclear power plants besides Kozloduy may have been affected by defective materials from ZiO-Podolsk.

A spokesman for Russia’s Prosecutor General’s office refused to discuss the case, also because the investigation into the allegations continues. The joint Rosatom-Atomenergomash statement avoids adressing altogether assertions made by law enforcement sources to Rosbalt.

A source with ATOM-Industriya told Rosbalt that his company had been through a similar legal ringer in 2010, but the case was dismissed from lack of evidence of a crime.

“Now, more than a year later, prosecutors have brought charges,” he told Rosbalt and protested his company’s innocence.

“We have done nothing illegal – our innocence has been confirmed in the arbitration courts,” he said.

Bellona’s Hauge said that, “this is a real case for Russia’s security services to be working on – instead of harassing the environmental movement.”