MOSCOW – Last week’s convention in Moscow of the so-called “Green” movement stirred up a puff of malodorous political dust as this self-proclaimed ecological organization, widely regarded by grassroots environmentalists as a Frankensteinian creation of the bureaucrats at the helm, announced its pending registration as a party to help Prime Minister Vladimir Putin work his way back into the public’s good graces and secure yet another term as president in the upcoming election of March 4.

Published on February 17, 2012 by Vladimir Slivyak, translated by Maria Kaminskaya 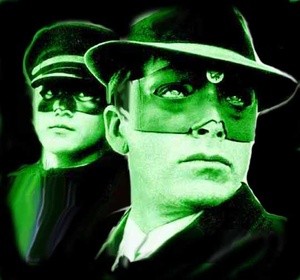 Put together by the Kremlin’s obliging rank-and-file sometime in the 1990s, the “Greens” – and I don’t use the quotation marks here solely for official designation purposes – have already suffered through a series of expiries and resuscitations, defibrillated into a state of “political party” every time the agenda of the day called for a new round of shameless flirting with the voting public.

Seeking inroads into the political landscape and a plausible badge to pin on as a political force, the “Greens” – also known as Kedr, or Cedar – have even made attempts to get elected into the national parliament, the State Duma, but to little avail.

What has remained unchanged throughout the years is the fact that these purported ecologists have nothing to do whatsoever with the real ecological movement in Russia.

And one of the reasons for that is because, on whichever other points Russia’s ecologists may disagree among themselves, no self-respecting and honest environmentalist in Russia will support Vladimir Putin – someone who in his twelve years in power has inflicted colossal damage to the state system of environmental protection and the Russian ecological movement, effectively forcing both to the very brink of survival.

These are just some of the anti-ecological policies Putin has helped push along as he has served first as president, and then prime minister, over the past twelve years: The adoption of laws permitting the import of spent nuclear fuel into Russia – a step that could see Russia turn into an international dumping ground for foreign nuclear waste; the abolishment of an independent state agency for environmental protection; the elimination of environmental impact assessments that might block dangerous projects and at least to some degree prevent natural resources from being ravaged by the industry and government’s interests; a score of environmentally harmful industrial projects that have been allowed to fester uninhibited across all of Russia as a result…

And let’s not forget the “spymania” campaign that made many environmentalists targets of state harassment ranging from plain intimidation to bogus criminal prosecution, as well as the drastic tightening of the legislative screws to stifle the life out of non-governmental ecological organizations. What would real ecologists want with this regime?

And, on the other hand, what would this regime want with the fake ones?

With just two weeks left before the election – one that will likely squeeze the prime minister back into the presidential seat despite a clamorous vote of no confidence sounded by hundreds of thousands who marched out in December and February’s protests in major cities across Russia – ploys and schemes of varying shapes and colors would not be altogether unexpected. Including, as would also be consistent with Russian history, exhuming some old political cadaver to summon non-existent support from the disenchanted voters. “Greens” who have nothing to do with the real greens could see this as an opportune time to come knocking for a piece of the campaign finance pie: Their very activity depends on when the government remembers to throw a few crumbs from the candidate’s promotional budget.

And as for the candidate’s camp, it would understandably have an interest in providing at least partial backing to an “ecological” party that claims to speak on behalf of the public. The Russian public does have ecological concerns it would like to see politicians pay attention to.

Polls have consistently shown – and this is a trend that was strongly emerging even prior to Putin’s decade of unbridled ecological plunder – that enjoying their right to a clean and healthy environment is an important issue for many Russians. Russian citizens are worried about their environment, and would want to vest their hopes with a political movement that would heed their concerns, a real green party relying on broad popular support. But none of the existing political organizations have gained enough weight to convince voters that they genuinely pursue valid ecological interests worth casting ballots for. A party that could win such trust is yet to be created in Russia.

This is an issue that real environmentalists – big and small NGOs working in Russia’s regions to curb infill development, stop the felling of city parks, put an end to the spread of radioactive waste and industrial pollution, or picket against the construction of yet another hazardous site or nuclear power plant – are not entirely unmindful of. Pooling efforts and resources to create just such a party has been the subject of several ongoing discussions among Russian ecologists of late; the idea is definitely in the air.

Two reasons hinder such efforts, the same that did not let good-faith attempts to create a real ecological party with strong political prospects get off the ground in the 1990s.

First, the hard truth is that a political project that would attract the necessary resources and people, build enough public trust to ensure a life of political longevity – and generally do more than pledge servility to the powers that be – needs a hefty sum of start-up money. Russian ecologists are hard pressed to find a source of such funding. And working for a handout from the current political system is tantamount to killing a fledgling party’s political future quicker than one can cry “Sellout!” The reputation of any political force that finances its activities this way is as good as dead.

The other problem is that a real political party cannot survive without a wide and well-oiled network of local subdivisions – not those that would be hastily put together two weeks before an election, but those whose backbone will be the true believers, people with the understanding of the ideas they are working for and creativity and stamina to bring them to fruition.

Such a network is not in existence today – but not for a lack of numbers or dedication. The spirit of independence and loyalty to their grassroots origins are why the many battle-hardened ecological organizations in Russia have traditionally resisted partisan stripes and shunned the circus of political ambition. The Russian ecological movement is never shy to speak its mind about this or that decision or statement by the country’s political leaders, but it stays away from the big political game. This also helps explain its good rapport with the population. Uniting all of Russia’s many and variegated environmental NGOs under the banner of one political structure would be a challenge, though certainly not an impossible feat.

This is exactly why the ruling elites are in such fear of a growing civil movement in Russia: It will not be co-opted. No bona fide green political movement would cede to control from above, so this sudden rise of a long-deceased “ecological” party that gathers behind Putin in his run for presidency is nothing more than an attempt to cash in on playing the environmental card while thwarting any efforts to create a truly independent party with a beating pulse of public support.

Russia, with its gigantic territory and ecological woes of a matching scale, still lacks a clear and well-conceived environmental policy. In the past twelve years, the political leadership has failed to produce the much-needed national strategy to address environmental problems that pose a direct threat to the population’s health and jeopardize the safety of a workforce the nation needs to survive.

This is not a situation where the existing regime could count on support from the real ecological movement. No wonder it resorts to doing CPR on a political corpse.

Vladimir Slivyak co-chairs the environmental group Ecodefense! and is a frequent contributor to Bellona. Parts of this comment have also appeared in the Russian online publication Mnenia.Ru.