Norway, Finland and Russia come together on Arctic radiation safety

MURMANSK – Russia, Norway and Finland have launched a 3-year-long trilateral programme for environmental and radiation protection and research in the European Arctic 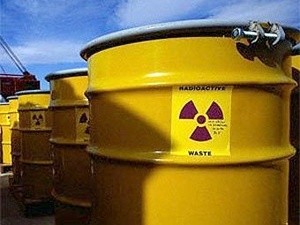 Called the Collaboration Network on EuroArctic Environmental Radiation Protection and Research, or CEEPRA, the effort is aimed at strengthening cross-border cooperation between key authorities and research organisations, improving emergency preparedness capabilities and risk assessments for nuclear accidents in the region.

The project also aims at raising awareness and knowledge among the general public with respect to the regional Arctic environment, common challenges and risks in the area of nuclear safety, emergency preparedness and dealing with radioactivity in the environment.

The €1 million project is headed up by the Finnish Radiation and Nuclear Safety Authority (STUK), the Norwegian Radiation Protection Authority (NRPA), the Murmansk Marine Biology Institute (MMBI), and the Finnish Meteorological Institute.

“It is no secret that before the 1990s such a huge quantity of radioactive waste built up on the Kola Peninsula that the Murmansk Region became a ‘hot environmental spot’ not only on the map of Russia, but of the world,” said the deputy minister for economic development of the Murmansk Region, Viktor Gorbunov.

Gennady Matishov, who directs the Murmansk Marine Biology Institute of the Kola Centre of the Russian Academy of Sciences said it was imperative to strengthen cooperation between Russian scientists and their counterparts in other northerly countries to facilitate information exchange and encourage joint research – what the CEEPRA project is designed to encompass.

According to Dina Solatie, who runs STUK’s laboratory in Northern Finland, CEEPRA will foster research in a number of directions.

In particular, radioactive contamination in land-based and marine ecosystems of the European Arctic region will be researched via examination of samples taken in Finland’s Lapland, Norway’s Finnmark and Tromsø, Russia’s Kola Peninsula, and the Barents Sea.

The hoped-for result will be to acquire information about the actual levels and transport routes of radioactive substances across the Arctic environment and food chains. The research will also allow scientists to assess potential sources of radioactive contamination and risks arising from possible accidents.

Where atmospheric contamination is concerned, the focus will be on the modelling of atmospheric processes and the estimation of fallout patterns, should an accident occur in the European Arctic that results in a release of radioactivity into the environment.

Two modelling experiments to assess nuclear accident scenarios are planned as part of the project: one at a new nuclear power plant at Simo, in Finland’s Lapland, close to the Swedish border, or Pyhajoki, in the Oulu region (both are projected sites for possible nuclear power plant construction); the other, on a floating nuclear power plant stationed in the Arctic Ocean north of the Kola Peninsula.

The modelling experiments will look at the impact on local populations, and how an accident would affect tourism.

While addressing possible problem areas, NRPA representative Anna Nalbandyan noted that currently the content of all radioactive substances in the Barents Sea seems to be subsiding. To check on that assessment, a joint Norwegian and Russian monitoring expedition is planned in the Barents Sea in 2012, she said.

According to Nalbandyan, the shipping of spent nuclear fuel and other radioactive materials is a special concern. She said that providing notification of such deliveries to all countries along whose shores vessels carrying nuclear cargoes will pass should be an unconditional obligation.

In 2010, Norway was appalled that it had received no prior notice of the nuclear deliveries that the Russian cargoship MCL Trader was making, even as the ship’s route involved passing close to the Norwegian shores.

In October of 2010, State Secretary of the Norwegian Foreign Ministry, Erik Lahnstein, said that there was no notification system in place, and insisted a bilateral agreement was called for with Russia in order to advise Norway of when and where such shipments would take place in the future.

NRPA’s Nalbandyan said the situation has improved and that Russian authorities now inform their neighbours of anticipated nuclear deliveries on board vessels sailing along their shores.

“It all depends here on how close to the Norwegian shore the vessels pass. This determines whether or not a foreign state is obliged to provide notification,” Nalbandyan said.

Scientific monitoring and its public benefits

According Bellona-Murmansk’s head, Andrei Zolotkov, the first impression from the launch of CEEPRA is an encouragement that programme participants can in the future be expected to share the results of their research with the public.

“With the general tendency toward an improved situation with radioactive contamination and environmental well-being in the northern seas, background levels must be taken stock of, so as to monitor the situation objectively in the future,” said Zolotkov.

“The potential threats are not going to go anywhere in the near future, and work will continue at these sites. And scientists, as opposed to ministry-affiliated supervisory authorities, could assess more objectively the [risks] associated with the use of nuclear energy,” he said.