MOSCOW – January 2011 has so far seen five unplanned reactor outages at Leningrad, Kalinin, and Kola Nuclear Power Plants (NPPs): Obsolete and worn-out reactors are failing to cope with their main function – stable production of power at baseload levels. The aging reactors’ safety is becoming a worry: Could the unscheduled disconnects be precursor events to more serious accidents?

Published on January 25, 2011 by Andrey Ozharovsky, translated by Maria Kaminskaya 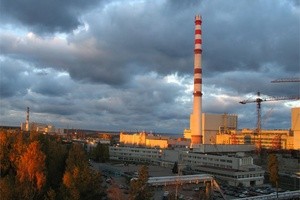 January this year could set an anti-record of sorts for Russia’s nuclear power plants. Systematic unplanned incidents involving disconnecting reactors from the grid during wintertime create additional problems for the country’s energy system and force engagement of backup capacities. The Russian State Nuclear Corporation Rosatom, as it plans construction and commissioning of new nuclear reactors, insists that the units are capable of providing power output at baseload levels. Experience shows, however, that Russia’s existing nuclear power capacities fall short of these assurances.

●    Reactor Unit 1 of Leningrad NPP, near St. Petersburg (of the RBMK-1000 series, commissioned in December 1973, in operation beyond its design-basis operational lifetime). Power load reduction from the regular value of 1,027 megawatts commenced on January 19, at 21:50; Turbogenerator TG-1 disconnected from the grid at 22:40 in order to investigate causes of a temporary signal indicating decreasing insulation resistance in TG-1’s stator circuit. Reactor Unit 1 remained in operation at 50-percent capacity (502 megawatts) until 22:57 the following day, when reactor load was increased to 860 megawatts. Russia’s NPP operator company Rosenergoatom provided no additional information when Bellona called for comments, referring future inquiries to the official website.

●    Reactor Unit 3 of Kalinin NPP, in Tver Region (of the VVER-1000 series, commissioned in November 2005). Shut down under regular operation mode, following a generator shutdown; remained offline for 15 hours, between 06:32 and 21:29 on January 19. The outage is attributed to “failures in electrical equipment.”

●    Reactor Unit 4 of Kola NPP, on the Kola Peninsula in Russia’s Far North (reactor series  VVER-440, commissioned in October 1984). Shut down by personnel at 21:07 on January 17 following a filed shutdown request to remove causes of a short circuit in the cable tunnel. Reactor Unit 4 was put back online at 19:39 on January 23.

●    Reactor Unit 3 of Kola NPP (VVER-440 series, commissioned in March 1981; currently awaiting a decision on extending its operational license, due to expire in 2011). Turbogenerator TG-6 plugged off the grid by the automatic emergency protection system at 13:33 on January 17 owing to malfunctioning in the automatic field suppressor circuit. Load reduced by 100 megawatts. Turbogenerator TG-6 reconnected to the grid at 23:52 the same day. Reactor load increased to 230 megawatts at 04:00 on January 18. No official information suggests that the unit has yet been taken to design-basis capacity of 440 megawatts.

As it happens, shutdowns, scrams, and disconnections from the grid are not limited to Russia’s Northwest only and are disturbingly characteristic of the entire Russian nuclear energy complex, which comprises ten nuclear power plants in operation.

Worse, incidents take place at newly built reactors, as well. Contrary to the cheerful report Rosatom head Sergei Kiriyenko recently delivered to Russian President Dmitry Medvedev, in which he also briefed the head of state on the Russian nuclear energy industry’s successes in 2010 – Kiriyenko mentioned with especial pride the new reactor launched at Rostov NPP – things are not so well with reactor performance.

The Rostov unit, taken online for test operation on March 18, 2010, and officially commissioned on December 10, 2010, is barely working. Ever since the launch, the reactor is simply refusing to stay plugged into the grid for any extended period of time. For instance, on January 4, 2011, it got switched off the grid for eighteen hours after an emergency shutdown initiated by the electrical protection system. Incidents like this keep happening almost every month.

To summarise the recent worrisome trend: The causes of January shutdowns or load reduction incidents were a drop in insulation resistance, failures of electrical equipment, a short circuit in the cable tunnel, a malfunctioning field dumper. All these have nothing to do with the nuclear domain, but everything to do with unreliable electrical systems used at the NPPs. Nuclear operational disturbances are rarer occasions – but their consequences can be much more severe, such as accidents, radiation discharges, and even nuclear disasters.

At the same time, all these unplanned shutdowns and reactor load reductions certainly damage a plant’s economic results and they do impact NPP safety – even if a reactor is brought down by personnel according to regulations and not by the automatic protection system. Such “transitory” conditions, when the reactor’s output capacity increases or decreases, are especially risky both for the aged equipment of reactors that have worked through most or all of their engineered life spans and for relatively new power units. A failure in the electrical components of a nuclear power plant may well become a precursor event to a nuclear accident.

Furthermore, unscheduled maintenance or repair works tend to be carried out in a haste, as personnel hurries to bring the reactor back on the grid as soon as possible – which takes its toll on an NPP’s safety and stability as well. The incident that occurred at Reactor Unit 1 of Kalinin NPP would confirm that: It only took the reactor two weeks after the latest repairs for its output to be halved by the automatic load reduction system.

As of January 20, only 28 out of Russia’s 32 nuclear power units were proceeding in normal operation. Multi-year statistics say each of the Russian nuclear reactors goes off the grid on average 1.5 times a year due to sudden failures in either the electrical or reactor-related systems in operation at the plant. Judging by that, the current trend is far from over: We are apparently to see around 48 reactor outages altogether before 2011 is out.