MOSCOW — Hardly anyone will be surprised to hear that corruption is prevalent in Russia – not exactly a news flash. But when it comes to nuclear industry, and the standards it must follow to ensure nuclear safety, at issue is something warranting special scrutiny. Bellona’s regular contributor, co-chairman of the environmental group Ecodefense! Vladimir Slivyak comments on a new report on high corruption risks in the way Russia’s state corporation Rosatom does business.

Published on November 26, 2010 by Vladimir Slivyak, translated by Maria Kaminskaya 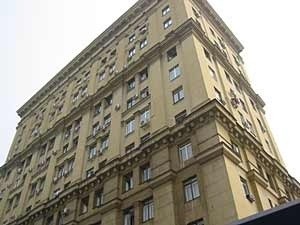 On November 26, Ecodefense! and Transparency International Russia presented a study entitled “An analysis of efficiency of financial appropriations while conducting activities related to the placement of orders for the needs of the State Atomic Energy Corporation Rosatom.”

The study took a hard look at some 300 orders placed by Rosatom and posted on the corporation’s official website; after an initial screening, 200 of these were chosen for a detailed analysis. The results have been published in our report.

It will not be an exaggeration to state that corruption risks have been historically high in the Russian nuclear industry. Lest it remains an unfounded allegation, let me give you two of the most telling examples from a not so distant past. In 2000, Ecodefense! managed to foil a Rosatom deal which envisioned building a nuclear repository on Simushir, an uninhabited island near the Kurils in the Far East. The repository was to hold nuclear waste imported from Taiwan and Japan, and the deal involved the participation of certain high-ranking officials from the Igor Kurchatov Institute, as well as at least one member of the Russian parliament, the State Duma.

According to documents pertaining to that deal, the Russian participants promised, in return for a remuneration, to lobby a change in the legislation that would allow importation of radioactive waste into Russia.

The 2001 contract for an import of nuclear waste from Bulgaria’s Kozloduy Nuclear Power Plant is another telltale illustration. The documents of that deal, which had ended up at environmentalists’ disposal quite by accident, indicated there was an offshore firm involved in the payment scheme. We checked that company out and found it had ceased to exist six months before the Bulgarian waste was transported into Russia.

A lot has changed since then. For one thing, the former Ministry of Atomic Energy has been replaced with a state corporation. For us, of course, it’s important to understand whether this change brought any other in its wake. Taking into account, especially, certain statements that have been made recently by a number of former ministry officials alleging cases of grand larceny during new reactor construction projects. The construction of new reactors at Novovoronezh Nuclear Power Plant has been particularly mentioned in the media in that regard.

It is certainly extremely difficult to prove that any wrongdoing has taken place without access to inside documentation and information on the progress of this or that project. It is quite within the realm of the possible, however, to analyse the current legislation and the internal regulations in force at Rosatom, as well as what information on the corporation’s activities has been made available for open access. And this is exactly what was done in the study.

The analysis shows high corruption risks present in Rosatom’s purchasing activities. Because of a special status the corporation enjoys, its purchases are not subject to the jurisdiction of the Russian Federal Law No. 94 “On the supply of goods, implementation of works, and provision of services for state and municipal needs.” Even though there is a set of guidelines established by Rosatom in its Unified Industry Purchases Standard, the restrictions these impose on the activities of the purchaser or ordering party are less clearly defined than in Federal Law No. 94.

A monitoring study of the selected sample of 200 purchasing agreements made by Rosatom has revealed numerous violations of the Industry Standard. In particular: Violations when choosing the method of placing a particular order; failure to provide cost estimate documentation when ordering construction or renovation works for buildings and infrastructure (such documentation was only found in one case); imposing requirements containing mentions of specific means of individualisation (this legal category is used to describe means of identifying discrete goods, services, enterprises, organisations, and other economic entities — such as trademarks, domain names, company names, or other such identifiers).

Furthermore, purchasing activities of Rosatom companies fall under no external control. Where concluding purchasing deals takes place in most state-governed structures, such control is the purview of the Federal Antimonopoly Service — but this agency’s mandate is limited when it comes to oversight of state corporations. The Central Arbitration Committee set up by Rosatom to supervise placement of orders by its companies is a body of internal control and its authority is incommensurable with that of the Federal Antimonopoly Service. As a supervisory structure, the Committee has a passive function, only conducting its audits on the basis of complaints it receives – whereas the state’s Antimonopoly Service is entitled to carry out its audits when and where it sees fit. The glaring gap between the levels of transparency and openness in the operations of these two bodies is just as obvious: In contrast to the Federal Antimonopoly Service, Rosatom’s Central Arbitration Committee does not publish its decisions, but only a general statistic on the complaints filed for its consideration.

To sum up, Ecodefense! and Transparency International Russia’s study demonstrates that the order-placing activities of Rosatom companies are exposed to high corruption risks. These activities are regulated by the Industry Standard, whose guidelines are not on par with those of the corresponding Federal Law. Moreover, the contracts studied show that even these weaker regulations are often ignored by the purchasing parties. There is no outside control present to oversee the agreements, while Rosatom’s internal oversight structure, the Central Arbitration Committee, has a passive role and does not provide a due level of information disclosure. All of these factors add up to produce a closed-circuit system in which a contracting party will only allow certain select companies into the purchasing contracts, while the purchasing itself is done at overcharged prices with violations of the Standard.

When the state corporation Rosatom was created out of a former government agency in 2008, it became something of a cross between a state organisation and a private-owned company, a legal entity fitting no standard definition and charged with undertaking commercial activities on behalf of the owner government. This metamorphosis meant, effectively, that on top of the resources that the agency received from the state, it would also enjoy another venue of income: borrowing money from private investors. Rosatom converted most of the enterprises of the atomic industry into joint stock companies, which, nonetheless, still remain under state control. All of these developments were to be opportune for attracting more funds. Incidentally, the passing of the law that had authorised Rosatom’s reinvention as a corporation had been delayed by several years by the opposition from the Russian Ministry of Economic Development and Trade, which viewed the transformation as a pathway to dramatic economic losses and a weakening of the state’s control over the industry.

What our findings prove yet again is that the current legal format that determines the operations of the state nuclear corporation is nothing short of a breeding ground for abusive practices, and a concept Russia would be better off abandoning. Rosatom is, in essence, a “state within the state,” functioning under no one’s control but one’s own. An alternative solution would be a thorough revision of Russian laws in order to finally place the corporation’s activities under effective control — exercised equally by the state and the Russian public.