Russia, already a large-scale supplier of nuclear-reactor fuel to Europe and Asia, signed on Tuesday its first purely commercial contract to supply low-enriched uranium to the United States in a deal that is not geared to non-proliferation purposes, and is valued at $1 billion. 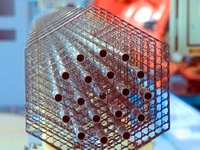 With the signing of the deal in Moscow, Russia’s nuclear-fuel trade with the United States, which will begin in 2014, will shift to a commercial footing, similar to Russia’s dealings with other consumers of fuel, like France and the Netherlands, both long-time buyers of Russian uranium.

Russia also seems to have advanced its goal of expanding its role at all levels of the global nuclear power industry, from uranium mining to power-plant construction with the deal.

Yet, the deal seems to contradict much of what the United States is trying to advance on the world stage relative to the world’s nations giving up their own uranium enrichment capacities in favour of buying enriched uranium from one or a handful of central, monitored sources governed by the International Atomic Energy Association.

Twilight of ‘Megatons to Megawatts’?
Fuel previously supplied by Russia had been extracted from old nuclear weapons and down-blended for commercial use under a deal aimed at keeping Russian nuclear materials off black markets. That agreement, known as "Megatons for Megawatts," or HEU-LEU (highly enriched uranium-low-enriched uranium), expires in 2013.

Now the Russians will be selling nuclear fuel from virgin uranium. Though USEC will have competition on the open market, it will maintain its monopoly on fuel supplied via the Megatons to Megawatts programme.

USEC has said that the Megatons to Megawatts programme, inked in 1994, has paid Russia competitive prices for the down-blends uranium shipped to America for use in US reactors. Russia, however, has complained repeatedly that it has been underpaid.

US’s biggest uranium supplier to get bigger
Under the Megatons to Megawatts programme, Russia is already the largest single supplier of nuclear fuel to the United States, powering 44 percent of US reactors.  And this despite the fact that Russia had been barred since 1991 from supplying uranium under anti-dumping measures charging a 118 percent US barrier tax, and forbidden until February 2008 from selling to individual companies.

In a break from the Megatons to Megawatts programme, Russian state-run nuclear fuel exporter Tekhsnabexport, or Tenex, to supply US markets with nuclear fuel enriched from raw uranium for the first time, Tekhsnabexport marketing executive Vadim Mikerin said in a telephone interview from Moscow.

Tenex director Alexei Grigoryev said the deals would enable the company to increase its share of fuel supplies for US nuclear power plants from 23 percent now to as much as 30 percent, the ITAR-Tass news agency reported.

The US companies are part of a group called Fuelco.

"We worked for over five years to make this happen. This fuel will provide energy for 5 million American homes," Fuelco President Bruce Hamilton told reporters after the signing.

Tenex will supply nuclear fuel to the US utilities from 2014 through 2020 under the contracts, which provide the option for renewal, Novikov told the Associated Press in a separate interview.

"It is very significant because it begins new relations between Tenex and American companies operating nuclear power plants," Novikov said.

"Until this very moment we did not have direct contracts for enrichment services supplies," he added.

Deal sends skewed example amid US calls to abandon enrichment
The new commercial deal raises several questions in the area of nuclear non-proliferation between the United States and Russia, as well as for the kind of example Washington is trying to set for the rest of the world, which it is trying to convince to give up native uranium enrichment in favour of an international fuel bank and enrichement facility – most likely to be located in Kazhakstan.

But by encouraging the commercial availability of Russian enrichment services, the United States deprives other countries of the rationale to have enrichment programmes of their own.

The United States continues to want to see Russian weapons material blended down where possible, and is encouraging a largely open market to allow Russian enrichment facilities built for military purposes to become part of the international market for enrichment, said a source with the National Nuclear Safety Administration, or NNSA – a semi-autonomous division of the Energy Department that deals with international nuclear security.

Uranium used in weapons and in the reactors that power nuclear submarines use more than 90 percent uranium 235. “Enrichment” means raising the proportion of 235 compared with the dominant type, 238, and the Russian industry was set up to provide large volumes of high-enriched uranium for weapons and marine reactors.

Russia is a major supplier to the developing world by tapping this cold war-era military industrial base. It has provided 80 tons of low-enriched uranium manufactured into fuel assemblies to Iran for use in that country’s Bushehr reactor, for a price of $46 million, according to Atomstroyexport, Rosatom’s foreign reactor building wing.

As a legacy of the Cold War, Russia possesses about 40 percent of the world’s uranium enrichment capacity, much more than it needs to service its domestic reactors, and it has sought direct access to the American utilities market for years.

“We are finally working in the principle of mutual profit,” said Novikov in his telephone interview.