Published on May 22, 2006 by Rashid Alimov, translated by Charles Digges 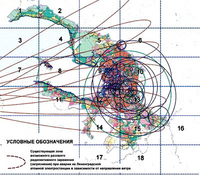 The Wednesday planning meeting in Sosnovy Bor—home to the LNPP, some 80 kilometres west of St. Petersburg—took place following a conference of Rosenergoatom, Russia’s nuclear power plant building monopoly. In attendance at the meeting were Leningrad Region Governor Valery Serdyukov, and the manager of Rostekxnadzor—Russia’s nuclear regulator—Konstantin Pulikovsky. Bellona was represented by Alexander Nikitin.

Kirienko said that the building of what has been dubbed LNPP-2 is necessitated by the gradual replacement of decommissioned reactor blocks at the old LNPP.

The construction site LNPP-2 has already been established. The new station will be situated next to the old one the site of the Alexandrov Scientific-Research and Technical Institute of Sosnovy Bor.

Four new VVER-1000 blocks will be built as the existing Chernobyl design RBMK-1000 reactors at the LNPP are decommissioned. The first VVER-1000 block at LNPP-2 is slated to begin in 2007. In the course of the remainder of this year, said Kirienko, “we will prepare all technical documentation and licensing documentation.”

Kirienko said the cost of construction for the entire LNPP-2 would equal some $6 billion, which will come from Russian government budget funds.

Nikitin commented that: “This figure is drawn on the basis of building reactor blocks in China, which cost Rosatom $1.5 billion. But taking into account that China used its own workers and not ours, the expenses could be twofold more expensive.”

Export to Finland
In answer to Nikitin’s questions about the justifications for the construction of the new reactors and whether other energy alternatives had been explored to make up for the power loss of shutting down the LNPP, Kirienko answered that all is being done to substitute the existing output of the plant.

Kirienko added that “we are not selling, and will not sell, electrical energy to Finland."

However, on the very same day, Kirienko announced to reporters that “the very principle of exporting electricity from the Leningrad Region is interesting,” according to Polit.ru.

According to Polit.ru, Kirienko spoke of his commitment to Rosenergoatom—Russia’s state nuclear plant building monopoly—to analyse the reasonability of the current project’s ability to build an energy bridge with Finland via the Gulf of Finland. According to Polit.ru, Russia will be electrifying Finland from LNPP-2.

The notion of uniting the energy systems of Russia and Finland envisions the transport of 8.7 billion kilowatt hours a year. The length of the cable would be 150 kilometers. The government sees a profit of EUR117.2m a year from the exports.

Public participation
Kirienko assured those present that the designing and building of the new nuclear station would take place in accordance with the respective laws governing ecological impact studies. He promises a state ecological impact study of the project, as well as public hearings.

“If society s against it that we will not build anything,” said Kirienko.

Kirienko said that only residents of the Leningrad Region could take part in the public discussions of the project, as the new plant is of regional significance only.

It is obvious, that in the case of an accident at the plant, the fallout would spread far further than the borders of the Leningrad region and even Russia itself. Therefore, view the new plant as an installation of regional significance is impermissible.

“It’s easy to ask the residents of Sosnovy Bor who work at the station—ask neighbouring regions in other subjects of the Russian Federation, to say nothing of other governments,” said Nikitin.

According to Russia’s law “on ecological impact studies’” article 11, the federal level must discuss all installations “whose implementation could impact the environment within the limits of two subjects of the Russian Federation.” As a separate subject of the Russian Federation from the Leningrad Region, it follows by law that St. Petersburg residents should be included in discussions about the LNPP-2.

Given that St. Petersburg is located some 80 kilometres from Sosnovy Bor, it falls within the zone of radioactive contamination in the event of an accident at the LNPP which is illustrated within, for example, the recently adopted general plan for the city.

“Thus, as the law states, St. Petersburg is an affected subject of the federation, and its population must be considered interested parties of society,” said St. Petersburg ecologist Alexander Karpov.

Even in normal working conditions of the new plant, spent nuclear fuel (SNF) from VVER-1000 reactors is taken half way across the country to Krasnoyarsk, which concerns several subjects of the federation.

Unfortunately Russia has still not ratified the convention.

"The main problem is that Russia has not ratified the convention on trans-border environmental impact assessment of projects," said Finnish Member of European Parliament Satu Hassi.

"This convention is enforced, all EU countries including Finland have ratified it, and using this convention Russia demanded from Finland to present international environmental impact assessment of several projects, which have been planned on the Finnish side of the border. But Russia has refused to do similar assessments, for example, for new oil harbors in the Russian coasts."

Finland, on the other hand, supplied copious environmental impact studies translated into Russian to Russia when it built a new reactor in Olkiluoto. The Russian public could therefore acquaint itself with the documents and express its opinion. Will the Finns get similar documents on the construction of LNPP-2?

Bellona Lawyer Nina Popravko said that: “Despite the fact that the convention is not ratified by Russia, order No. 372 of May 16th 2000 from the State Committee on Ecology dictates conducting environmental impact studies on projects that can have a trans-border impact, ‘taking into account the conditions of the UN European Economic Commission Convention on evaluating trans-border impact on the environment.”

Representatives of social oganisations and NGOs insisted that not only Leningrad Region residents but residents of St. Petersburg at least be allowed to express their opinions.

In 2004, reactor block No. 1 at the LNPP received an engineering life-span extension of five years, meaning the reactor could run five years longer than it was initially designed for. The license was granted without the required state environmental studies. According to current plans, the No.2 block will receive the same extension in October 2006.

Nevertheless, the reactor blocks at the LNPP will have to be decommissioned and dismantled sooner or later. To questions about how this will be done, Kirienko answered that the first task is to unload the SNF from the reactors. Kirienko said there are already 24 container at a cost of $250,000 ready to ship the SNF to Krasnoyarsk. Another 36 containers are planned to be built to complete the process.

“Overall, I have the sense that nuclear authorities have no idea what to do with the station,” said Nikitin