The Murmansk Regions Prosecutor has declared the granting of an operating licence for the Kola Nuclear Power Plant’s No. 1 and 2 reactors to be illegal.

Published on November 4, 2005 by Andrey Ozharovsky 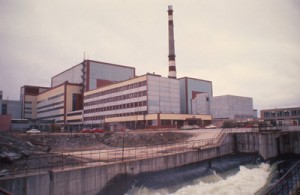 The current conflict revolves around the following: Reactor blocks 1 and 2 at the Kola Nuclear Power Plant (NPP) were built in 1973 and 1974, with projected service lives of 30 years. In other words, in 2003 and 2004 the old reactors should have been closed. But this did not happen, and instead a so-called working life extension was granted. Formally, the permit for use of the reactor is the license issued by Russias nuclear regulatory body within the Federal Service for Energy, Technological and Atomic Oversight (FSETAN). The law says that when a license is issued, an environmental expert assessment must be carried out—and not just any expert assessment, but a state expert assessment. In the case of the Kola NPP, the expert assessment never happened.


Why are the nuclear scientists afraid of the state environmental expert assessment? The fact is that the old reactors are genuinely dangerous, and they genuinely need to be closed, and quickly. Truly independent experts would not have supported the dubious idea of prolonging these resources.


The letter from Murmansk Region First Deputy Prosecutor says that the licenses to extend the working life of the worn-out reactors 1 and 2 at the Kola NPP were issued with breaches of the requirements of RF legislation.


There were many more breaches, but the most important thing is that the dangerous reactors are working illegally.


At one of Russia’s oldest NPP’s, an absolutely illegal experiment is taking place to extend the working lives of reactors that were projected to have a working life of 30 years, said Ekozashchita! co-president Vladimir Slivyak.


This could lead to a nuclear disaster, since reactor blocks 1 and 2 are some of the first generation of Soviet reactors, with a safety level comparable to the Chernobyl NPP. The prosecutor is obliged to punish the NPP management for flouting the law, and get the illegal licenses cancelled.


The prosecutor has sent an Injunction regarding the breaches of the law, reprinted below:


Prosecutor’s Office of the Murmansk Oblast


The check showed that the licensing proceeded with breaches of legal requirements.


Based on Articles 37 and 37 of the Federal Law On the Usage of Nuclear Power, the Rosenergoatom concern, as well as its subsidiary, the Kola Nuclear Power Plant, is operating organisations and their activities in the use of nuclear power are subject to licensing. Since activity with the use of nuclear power can have an effect on the environment, in accordance with Article 11 of the Federal Law On Ecological Expert Assessments, No. 174-FZ, dated November 23rd 1995, the substantive materials for the licensing to carry out the said activity—which in accordance with the legislation of the Russian Federation fall under the competence of federal executive organs—are subject to an obligatory state environmental expert assessment.

Nevertheless, the check showed, in breach of the law, that the Kola NPP did not fulfil its obligation to carry out a state environmental expert assessment in its application for a license to use reactor blocks 1 and 2.


Despite the absence of a state environmental expert assessment, licenses nos. GM 03-101-1130, dated June 27th 2003, and GM 03-101-1414, dated June 30th 2004, were issued by the Russian Federal Oversight Board for Nuclear and Radiation Safety—a division of FSETAN—which carried out licensing in 2003-2004 to Rosenergoatom, giving it the right to use reactor blocks 1 and 2 of the Kola Nuclear Power Plant.


1. Immediately study the present Injunction and take measures to eliminate breaches of the law and reasons and conditions that promote them;

2. Rosenergoatom without delay to solve the question of carrying out state expert assessment at the KNPP facilities named in this Injunction (reactor blocks 1 and 2);

3. The Federal Service for Environmental, Technological and Nuclear Oversight to provide the appropriate control of fulfilling obligations in carrying out an expert assessment.

4. Inform the Prosecutors Office of the results of study of the Injunction and decisions taken within the 1-month period established by law.


But for the nuclear scientists, even the Prosecutors Office does not give orders. At the meeting with environmentalists on June 17th, the director of the Kola NPP, Yury Kolomtsev, said: Prosecutors are not nuclear scientists, and are not very competent in these matters. Thus did the director show disrespect for the Prosecutor’s Office. A similar reaction came from the nuclear oversight agency that issued the licence.


To the First Deputy Prosecutor of the Murmansk Oblast


The Federal Service for Environmental, Technological and Nuclear Oversight has examined the Injunction regarding breaches of the law in the sphere of exploitation of nuclear power, No. 7-23-2-2005, dated April 28th 2005, presented by the Murmansk Oblast Prosecutor’s Office, and informs as follows:


From this it follows that a state environmental expert assessment was not necessary when presenting materials to obtain a license for usage of reactor blocks 1 and 2 at the Kola NPP.

So what is the result? If a shop or street stall had been caught breaking the law during a license application, it would have been closed down. That is how breaches are dealt with. And the director would not have argued, but would have dealt with the breaches.


But the law was not written for nuclear scientists, and the prosecutor cannot give them orders.


We know that the local prosecutor is now preparing documents to send to the federal Prosecutor General. We hope that the Prosecutor Generals office will examine the question thoroughly, and that the law will be applied, and furthermore that citizens will be able, at open meetings held during the state environmental inspection phase, to make their opinions heard about the project.


Only during the Communist era was it impossible for civil society to get a nuclear power plant closed. One could only wait until they closed themselves. Chernobyl has already closed on its own initiative.


The regional prosecutor discovered infringements in the activities of federal bodies—Rosenergoatom and the former Gosatomnadzor (now an arm of FSETAN).


Therefore, I once again ask the General Prosecutor of Russia:


1. To check the legality of the extension of the working life beyond the projected limit of reactor blocks 1 and 2 of the Kola NPP;

2. If the breaches found by the Murmansk Oblast prosecutor are confirmed, to suspend the license for rector blocks 1 and 2 from 2003 and 2004 and force the interested parties to carry out a state environmental inspection;


Andrei Ozharovsky is an activist with the Russian environmental organisation Ekozashita! He contributed this comment to BellonaWeb.