Euratom loans could be used to complete Kursk reactor

The European Commission unveiled its “nuclear package” January 30th which includes proposals for using Euratom loans to complete the construction of a RBMK-1000 reactor at the Kursk plant in Russia. This would reduce nuclear safety while subsidising the nuclear industry.

Published on February 4, 2003 by Zackary Moss 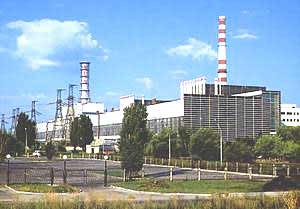 On November 6th 2002 the European Commission, or EC, unveiled the single largest compilation of new nuclear legislation in more than a decade, the Euratom Treatys "nuclear package". This included a proposal for a Directive designed to pave the way for a Community approach to the safety of nuclear power plants. On January 30th the EC adopted nuclear proposals that will revitalise Western Europe’s nuclear industry and lead to the completion of reactor No.5 at the Kursk nuclear plant in Russia.

On January 30th the EC—working with the Nuclear Experts Committee—adopted a "proposal for a Directive setting out basic obligations and general principles on the safety of nuclear installations" from design to decommissioning.

The draft Directive proposes common safety standards and verification mechanisms to guarantee the application of common methods and criteria with regard to nuclear safety throughout the enlarged EU. Ostensibly, these standards will be based on those of the Vienna-based International Atomic Energy Agency, or IAEA, but the establishment of supplementary standards is not ruled out.

Apparently, the EC believes that nuclear safety cannot be guaranteed without financial resources being made available. According to Friends of the Earth, however, the nuclear package "represents a co-ordinated effort to prepare the ground for the further development of atomic power in an enlarged EU".

Extensions to Euratom loans
One of the main parts of the nuclear package is a 2bn extension to Euratoms nuclear development loan regime. In November 2002 the EC approved a proposal for the EC to extend the Euratom loan ceiling which would apparently be used to increase reactor safety to Western standards in EU candidate countries. In reality, though, this would create subsidised funds for the promotion of new nuclear projects in both Member States and non-Member States alike. Plans are also afoot to use loans to complete Russian reactors.

The leaked Non-Paper
The EC recently prepared a Non-Paper—entitled Responses to questions raised in the Meeting of Financial Counsellors of Permanent Representatives of 10 December 2002—for the European Council that included a list of known projects in the beneficiary countries of the Euratom loan facility. The Non-Paper was distributed to EU Member States before being leaked to the press and includes plans to use Euratom loans to complete a RBMK-1000 reactor in Russia.

This is strange because while Member States are pursuing policies to reduce nuclear risks in candidate countries and non-candidate countries alike, Euratom officials are negotiating to build more reactors of a design which are deemed to be unacceptably dangerous, such as RBMK Chernobyl-type reactors.

Ukraine and Lithuania still operate RBMK reactors at the Chernobyl and Ignalina plants respectively. The EC considers RBMK reactors to be "non-upgradeable", meaning that minor design and operation changes will not offset the safety problems of the reactor design. Besides, considerable international financial assistance has been made available to assist the closure of RBMK reactors.

Loans to Russia
The Non-Paper details six reactor units at four existing sites in Russia where construction is not progressing as planned due to a shortage of finance. The paper also states that discussions are taking place between the EC and the Russian authorities to explore the possibilities of providing Euratom loans to enable work on the Russian reactors to be completed.

Potential borrowers, such as the Russian Federation, can apply for Euratom loans for completion projects. In this case of non-Member States, Euratom can only finance up to 50% of the investments and the involvement of complementary financial sources are required, such as the state concerned and the European Bank for Reconstruction and Development; although the EBRDs nuclear lending is restricted to projects linked to plant closure. Euratom is the only international financial institute providing "unrestricted" long-term funds for nuclear projects.

Nevertheless, the EC has been negotiating with the Russian authorities to fund the completion of an RBMK-1000 reactor at the Kursk plant using a Euratom loan.

Reactor No.5 at Kursk
The Kursk plant is located in Kurskaya oblast, 500km south of Moscow. The plant is run, owned and operated by Rosenergatom, a subdivision of the Russian Ministry of Atomic Energy, Minatom.

The Kursk plant has the highest reported number of RBMK-related incidents. Until the end of 1995, 230 incidents were reported which involved hazardous substances. In fact, the IAEA investigated the security at the Kursk plant in 1992 and again in1995, recommending numerous actions be taken to improve safety.

Construction on reactor No.5 commenced in 1985 but is not progressing as planned due to a shortage of finance. The EC has therefore recommended extending Euratom loans to cover the completion of the Chernobyl-type reactor.

Compromising nuclear safety
It seems, then, that by proposing to use Euratom loans to complete Russian reactors the EC is looking to Russia as a provider of electricity to the enlarged EU. While it is important for the EC to guarantee energy security of supply in the EU, the completion of the RBMK reactor at Kursk is not the best way to achieve this.

In 1986 a power surge at Chernobyl reactor No.4 led to the worlds worst nuclear accident.

Design flaws in the Chernobyl reactor most likely caused the power surge which lead to the core’s meltdown. This led to chemical explosions so powerful that they blew the 1,000-tonne cover off the top of the reactor. 8 tonnes of uranium dioxide was released and spread across the surrounding countryside. The blast also released some 27kg of cancer-inducing ceasium-137 into the atmosphere. Although most of the contamination affected nearby countries, it also spread to Europe and beyond. It is estimated that five million people were exposed to radiation in Ukraine, Belarus and Russia.

In fact, the RBMK reactor is widely regarded as the worlds least safe nuclear reactor because of its technical design and because the graphite in the reactor core is combustible. So the completion of reactor No.5 at Kursk would threaten to undermine the very nuclear safety that Euratom is supposed to enhance.

In the end the EC will decide whether or not Euratom loans will go to Russia. But the Greens/European Free Alliance in the European Parliament have called upon Member States to oppose the extension of the nuclear loans as well as the adoption of the nuclear package by the EC.

Nuala Ahern, MEP for the Greens-Ireland, said: "In adopting this package, the EC has lost all its credibility by claiming more competence to improve the nuclear safety standards. In asking public money for the completion of a Chernobyl-type reactor at Kursk in Russia, the EC has revealed its real intention. The only purpose of the nuclear package is to revitalise the nuclear industry; safety and the protection of the environment are obviously secondary issues for the EC."

Bellona also rejects the use of Euratom loans for the completion of Kursks RBMK reactor on the grounds that it will reduce nuclear safety. Member States should therefore reject the ECs proposal for the sake of nuclear safety and public health.

Reform needed
The EC’s proposals show that the Euratom Treaty—signed in Rome in 1957 without an expiry date—remains out of date, undemocratic and in need of reform.

Indeed, Claude Turmes, MEP for the Greens-Luxembourg, said: The EC has got the order of the decisions wrong! Before trying to bring more competence and political power to the EC, the obsolete Euratom Treaty has to be deeply reformed. This reform has to tackle today’s existing market distortions in favour of the nuclear industry – like special research programmes, cheap loans and state aid.

Nuclear safety and environment have to come under the competences of the Environment Commissioner and Article 174 of the Euratom Treaty. But Ms de Palacio never misses a chance to demonstrate her lack of democracy and the ECs competence in all her proposals related to energy, in particular to nuclear", MEP Turmes continued.