The Norwegian Institute for Energy Technology (IFE) have imported at least 500 kg. of Russian uranium. The uranium will be used in a research reactor. 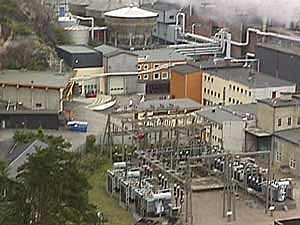 
The uranium will keep the 45-year old reactor going for approximately six more years. Today, there are 470 kilos of uranium loaded into the reactor.

The uranium was provided to IFE on terms of barter agreement with the Russian Kurchatov-Institute, which wanted to participate in the OECD-Halden Reactor Project. Where in Russia the uranium may come from is not known, but Børge Brende, Norway’s environmental minister, told IFE to find it out. The Norwegian Radiation Protection Authority (NRPA) told Bellona earlier this week that “this was not a part of their supervision”. The uranium may come from storage facilities at the Mayak reprocessing plant in Siberia, or it could come from the uranium mine at Krasnokamensk, east of the Baikal Lake, on the Russian border to China. This is one of the largest uranium mine in the world — a 500-meter deep crater.


The environmental conditions at this mine are appalling. According to reports from various environmental organisations, large amounts of contaminated water are being pumped out in the surroundings without any purification. The radon exposure to the population is much higher than what is being recommended by radiation protection regulations.

The Norwegian Radiation Protection Authority says they do not have any responsibility for the origin of the uranium. In a letter to Bellona Foundation NRPA writes: Which companies IFE buys uranium from is not a supervision subject for NRPA.


The uranium is in the form of powder, usually referred to as “yellow cake”, and is transported to Kjeller, outside Oslo, where IFE produces its own nuclear fuel. The fuel is enriched to six percent for uranium-235.