The example of Balakovo shows that Federal Program Energy Efficient Economics comprises not only inaccuracies and unintended mistakes. It is possible that Minatom launches building of Karelian and Primorye NPPs soon.

Published on February 28, 2002 by Rashid Alimov 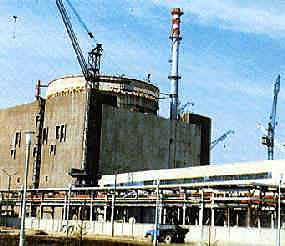 Russian government issued a decree No 923 On changes and additions in the federal Program Energy Efficient Economics for the Years 2002-2005 and till 2010 in the Long-range Outlook on December 29th 2001.


This document is remarkable not only for its sophisticated title, the Program is a huge volume on 230 sheets. For Balakovo, situated by the river Volga, in Saratov County south of Moscow, with a nuclear power plant with four VVER-1000 reactor units, this Program stipulates launching of a VVER-1000 power unit No 5 in the year 2006. Another 1000 MW unit is to be put in operation after 2010.


But the provisions of the Program do not seem to be taken seriously by anybody. In the beginning of February, the head of Karelian Republic, Sergey Katanandov, found in the Program that a new power plant would be built in Karelia and launched in 2007. Mr Katanandov made a harsh public statement, because these plans were not discussed with the government of the Republic. But from the Ministry for Nuclear Energy, Minatom, the following answer came: it seems that there is a mistake in the Program, but we have no relation to it.


Later spokesman for the Presidents representative in the Far Eastern Federal District, Evgeny Anoshin, claimed that no new nuclear power plants would be built in the Russian Far East, at least until the year 2015. That way he turned down the necessity to carry out the Program, which contains plans to put into operation in the district two new NPPs: Primorye NPP (four 640 MW power units, to be launched in 2005) and Far Eastern NPP (the first unit 640 or 1000 MW to be started in 2009).


It seems the Federal Program comprises the maximum of the new NPPs to be built possible. In addition to the plants mentioned above, it stipulates building of Kostroma NPP, Leningrad-2 NPP, Northern Caucasian NPP, Bashkir NPP, Tatar NPP and Seversk NPP. On the other hand, representatives of the nuclear industry say, no one is going to implement either the Program, or the governmental decree, which supplemented it. And that is wise — who would start today building of a NPP in the Northern Caucasus these days?

In 1993, a referendum was held in Balakovo. More than 70% of its participants opposed to new units of Balakovo NPP (BNPP). The nuclear plant representatives claim, this question could not be decided by a local referendum, because development of nuclear industry is a federal scale issue.


But in local environmentalists opinion, this statement is an evident slyness. In 1993 there was no such limitation in the law, and it is obvious that the law has no retroactive force, they say. It means that legally the fifth power unit cannot be even designed, until the next referendum is held. And this can happen, according to Russian legislation, not earlier than in 2003.


But all of a sudden on January 29th minister for nuclear energy, Alexander Rumyantsev, and Saratov County governor, Dmitry Ayatskov, signed Expectancies Declaration for design and putting into operation of the fifth and the sixth power units of Balakovo NPP, with the total capacity of two million kW. The launching time frames are the same as in the Federal Program. The Declaration stipulates, among other things, start of the design works.


Earlier industry minister of Saratov County, Sergey Lisovsky, claimed that to re-start building of the fifth unit 1.2bn rubles (about $40mn) were allocated. He also said, $80mn more were assigned from the both power units building cost, for social needs.


When Russian citizens, living at the territories, mentioned in the Federal Program, heard about the Saratov Declaration, they thought: God forbid! Maybe, all the other provisions of the Program are also to be carried out?

And when Saratov inhabitants learned about the Declaration, they simply became outraged. Olga Pitsunova of Saratov Center for Assistance on Environmental Initiatives (CAEI) told Bellona Web about the list of organisations objected to the possible building: CAEI, the Public Ecological Council, Citizens Action Union, Balakovo branch of the all-Russian Enviroprotection Organisation, “For Survival”, and association of people, living in the 100-km radius of BNPP.


Also Balakovo Association of Businessmen and local office of the Union of Righteous Forces party disputed the plans of building new units.


The citizens also recalled a recent statement of the BNPP director Pavel Ipatov that seismic stability of the existing units is six points, while official documents of federal building authority, Gosstroy, in its decree No 91 from December 27th 1999 require seven points. Also several economists said, electricity might rise in price in the region, because of expenditures for new reactors.


We are going to go to court and to file actions, because citizens rights were violated, while the Declaration was signed in spite of the referendum results, and because BNPP didnt meet the conditions of launching the fourth unit, — Olga Pitsunova said to Bellona Web.


Those future legal actions may become not less noted, than the inspection of BNPP activities that was carried out by the Prosecutor Office. Yesterday, representatives of Saratov County Prosecutor Office told Bellona Web, the inspection was finished. In the nearest future Bellona Web is going to inform, how turbine of the fourth reactor unit of BNPP became private in the country, where all the objects of nuclear industry are state-owned.