President Putin said on Wednesday that he has dismissed Yevgeniy Adamov from the post of the head of Atomic Energy Ministry (Minatom). Executive Director of the Kurchatov Research Institute Aleksandr Rumyantsev has been appointed to this post. 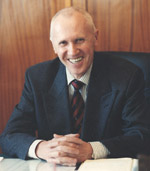 Adamov was not the only change in the Russian Government. Putin did also appointed a new Minister of Defence, Sergey Ivanov.


Boris Nemtsov, the leader of the SPS (Union of Rightist Forces) faction in the State Duma said on Wednesday that the most sign of all appointments made in the Russian government on Wednesday is the change in the upper echelon of the Nuclear Energy Ministry. Nemtsov reminded that information about corruption in the ministry has been spread in the State Duma during discussion of nuclear waste imports. This was the main reason for Yevgeny Adamovs dismissal from the post of the Nuclear Energy Minister, Nemtsov said in an interview with Radio Echo.


Nemtsov predicted serious changes in Russias nuclear policy  in particular, he said that the draft law on nuclear waste imports would be frozen and Russias attitude towards Iran would be changed, writes Gazeta.ru. 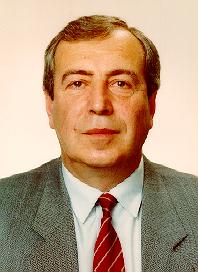 Until today Alexander Rumyantsev has worked as Director of the Russian Nuclear Research Centre Kurchatov Institute. His duties included:

– organising and coordinating the activity of the Centres Directorate and of its collegial bodies;

– organising and coordinating the execution of decisions and orders of Centres Management Board, President and Vice-President, addressed to the Directorate and its Divisions;

– financial, economic and other activities requiring a complex solution

Carries on active cooperation with Russian and foreign colleagues in the field of thermal neutron scattering.

Member of RF Nuclear Society Board

Member of Editorial Boards of journals “Poverkhnost”(Surface) and Neutron News

Member of a number of commissions and councils on studies of condensed media by nuclear physics methods.

Author of more than 70 scientific papers and articles.