In what many environmentalists and observers viewed as a forgone conclusion, Japan’s Prime Minister on Saturday ordered resumed operations at two nuclear reactors – the first to go back online since all 50 of the countries nuclear plants where shut down in the wake of the Fukushima disaster – in central Japan. 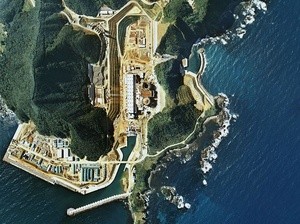 Reactors Nos 3 and 4 at the Ohi plant in the central Fukui prefecture will be switched on in three weeks, officials said, according to news sources.

The decision swims against a current of heavy public opposition, but Prime Minister Yoshihiko Noda has repeatedly urged support for the move, saying Japan faces a summer of power shortages.

It also begs the question as to whether Japan will start even more nuclear reactors, say some observers, pointing to the still powerful nuclear lobby in Japan. Pritor to Fukushima, 30 percent of Japan’s power came from nuclear, putting it behind only France and the US in nuclear consumption.

“This shows how desperate the situation in Japan is,” Bellona’s nuclear physicist and general manage Nils Bøhmer said. “With this move the government is clearly ignoring public opinion against it – they are compromising the population’s safety for economic reasons.”

As many as 10,000 demonstrators gathered outside Noda’s office on Friday night amid a heavy police presence to denounce the restarts, urging the premier to step down and shouting “Lives matter more than the economy,” according to US network MSNBC.

Japan’s 50 reactors were shut down for routine maintenance after the triple meltdown and radiation spewing hydrogen explosions at the Fukushima power plant, which was hit by a massive tsunami and 9.0 magnitude earthquake on March 11, 2011.

The accident, on par with Chernobyl, has caused as yet uncalculated releases of radiation into the air and sea, contamination of food and fish, and displaced 160,000 people.

The final decision to restart the two reactors at the Ohi plant in Japan’s central Fukui prefecture plant came after Noda met with Kazumasa Nishikawa, the local governor, gave his final approval for the decision, according to news agencies.

Noda also met with the minister of economy, the minister in charge of the nuclear accident and the chief cabinet secretary, before making the announcement.

“Now that we have the approval from the autonomous body where the reactors are located, the four ministers concerned made the decision to restart the reactors,” Noda said, according to AFP news agency citing local media.

He said he had given his approval because he had been “assured of the government’s safety efforts”.

But Noda still faces stiff opposition from lawmakers and the public and sliding job approval ratings that Japanese media have reported are hovering around 25 percent.

Seventy-one percent of respondents to a Mainichi newspaper poll published on June 4 objected to a speedy restart of the reactors in Ohi.

Activists have collected more than 7.5 million signatures on a petition urging an end to atomic power. Protesters have poured into the street almost daily over the past week, Reuters reported.

In a poll released June 5 by the Pew Research Center, 70 percent of Japanese said the country should reduce its reliance on nuclear energy and 52 percent said they were worried that they or someone in their family may have been exposed to radiation.

The restart is being closely watched as an indicator of how aggressively the government will act to approve operations at other reactors. It has been pushing hard to bring some reactors online as soon as possible to avert power shortages as demand increases during the summer months.

It says the reactors in the town of Ohi are particularly important because they are in an area that relied heavily on nuclear before the crisis, and have passed safety checks.