Published on October 3, 2011 by Charles Digges 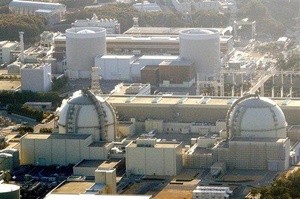 The investigation further revealed that such manipulations of public opinion to paint nuclear power as safe have a long history and that Japan’s nuclear watchdog, the Nuclear Safety Agency (NISA), is complicit in the machinations.

Nobuo Gohara, the head of the independent panel, told ABC News that public meetings on restarting reactors left idle after the Fukushima Daiichi catastrophe were meant to be an opportunity for the public to ask questions, but that electrical companies had blatantly planted leading questions and positive comment.

“This once again prove how little the Japanese people should trust the Japanese nuclear industry and government on this issue,” Nils Bøhmer, Bellona’s nuclear physicist and executive director, said.

“This once again underlines the need for dramatic changes in Japanese nuclear structures.”

In one instance reported by the Manachi Daily News Kyushu Electric Power Company, which operates seven reactors in southern Japan, planted a phony farmer to speak at a gathering concerning the building of a uranium-plutonium mixed oxide fuel, or MOX, burning reactor at the Genkai Nuclear Power Plant.

“The number one reactor [of the Genkai Nuclear Power Plant] has been operating for 30 years and I’ve never had a problem selling my rice or vegetables because of fears of radiation,” the farmer, who was later revealed by Gohara’s investigation to be an employee Kyushu Electric Power Company, was quoted as saying by the Manichi Daily News.

One of the reactors that melted down during the first three days of the Fukushima Daiichi disaster was the plant’s reactor No 3, which burned the plutonium mixed fuel. Tokyo Electrical Power Company (TEPCO) last week reported that it had picked up traces of plutonium – an especially long lived radioactive isotope – as many as 40 kilometres from the plant, well outside the evacuation zone of 20 kilometres.

In another meeting aired live on TV after the Fukushima meltdowns, the company asked viewers to email in questions.

But again, the questions were all written by the company and sent in by employees posing as ordinary citizens, and these emails urged the company to restart reactors left idle after the Fukushima disaster.

The public meetings in central Japan concerned Chubu Electric’s plans for expanding its use of MOX fuel. The firm said it had been asked by a NISA official to bring in participants for the government-sponsored symposium to reduce the number of vacant seats and have them raise questions to make it appear that not everyone was opposed to the project.

Then-Prime Minister Naoto Kan issued a withering rebuke to NISA when the scandal came to light. But the scandal had little effect on Kyushu Electrical Power Company, which in July was still actively pursuing its spin campaign.

There’s a lack of transparency between Kyushu electric and local officials,” Gohara was quoted as saying by ABC News.

The panel recommended that the utility stop making political donations and refrain from buying tickets to political fundraisers, and has called on Furukawa to disentangle himself from the nuclear company.

“I’ve been urged in the report to rethink my relationship with Kyushu Electric Power Company,” Furukawa, as quoted by ABC news.”So I will consider what an appropriate relationship should be.”

The Kyushu Electric Power Company has promised not to rig, stage or manipulate public meetings again.

“This is the moment of truth for our company,” said Kyushu Electric Power Company Vice-President Yoshinori Fukahori. “We will do out utmost to prevent a recurrence.”