The containment vessel at the embattled No 2 reactor at the Fukushima Daiichi nuclear power plant has apparently been breached, according to the Tokyo Electric Power Co (TEPCO), which runs the earthquake-stricken facility. 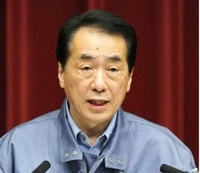 Meanwhile TEPCO also said water in a pool storing spent nuclear fuel rods may be boiling, an ominous sign for the release of high-level radioactive materials from the fuel, which was confirmed by the International Atomic Energy Agency (IAEA), with reference to reports from Japanese authorities.

Hydrogen leaking from the pond caused yet another explosion this morning at reactor unit No. 4, TEPCO said, according to the Epoch Times, which led to a fire.

It was also suggested the Fukushima incident be upgraded from level 4 to a level 6 event  – a step below Chernobyl – on the seven-point International Nuclear Event Scale (INES) which rates the severity of such incidents by Andre-Claude Lacoste, president of France’s nuclear safety authority, according to CNN.

The INES scale runs from Level 1, indicating very little danger to the general population, to Level 7, a “major accident” in which there has been a large release of radioactive material and there will be widespread health and environmental repercussions.

“It’s clear we are at Level 6, that’s to say we’re at a level in between what happened at Three Mile Island and Chernobyl,” Lacoste said.

Japan had previously assigned the accident a level 4, but now declines to rate it, CNN said, as does the International Atomic Energy Agency.

Media reports from around the world have danced around the possibility of core damage all day, as damage to the integrity of the containment vessel is the last step before a meltdown and massive radiation leaks.

But the TEPCO was finally able by late afternoon central European time to confirm that the early morning explosion that rocked the No 2 reactor, had apparently caused damage to the containment vessel.

More specifically, Japan’s nuclear agency said the explosion may have damaged the reactor’s suppression chamber, a water-filled tube at the bottom of the containment vessel that surrounds the nuclear core, agency spokesman Shinji Kinjo told MSNBC.

The suppression chamber is used to turn steam back into water to cool the reactor and also plays a role in removing radioactive particles from the steam.

The nuclear agency’s acknowledgement that the suppression pool at the bottom of Unit 2, designed to serve as a last line of defense against a meltdown, was believed to have been breached could represent a major escalation of the crisis, said Victor Gilinsky, a former member of the Nuclear Regulatory Commission.

“If that is true, then there is a path to the control room, the workers and the outside environment,” he said.

TEPCO said the problem could develop into a critical “meltdown” situation, according to Kyodo News, in which fuel rods melt and are destroyed, emitting massive amounts of radioactive materials and substances into the environment.

“If this information is correct, this would be the most dramatic turn of events since the problems started Friday,” said Bellona’s physicist, Nils Bøhmer. “This would mean the last barrier between the radioactive materials in the reactor’s core and the environment has been broken.”

Bøhmer added that previously, even with four hydrogen explosions, coolant falures at all six of Fukushima Daiichi’s reactors exposing, and a spent nuclear fuel pond on fire, that “at least we were sure the radioactive material was still contained. This is may no longer be the case.”

He added that: “The situation is becoming worse and there is no end in sight.”

Japanese officials, who have padded radiation assessments in public appearances, finally have begun to talk openly of radiation levels that are “dangerous to human health.”

Earlier this afternoon, Naoto Kan, Japan’s prime minister called for calm even as he acknowledged the radiation peril.

Kan appeared at a news conference dressed in industrial-style blue coveralls and told reporters that ”The danger of further radiation leaks (from the plant) is increasing,” but that “we are doing everything we can” to stop further leakage, KyodoNews reported.

Chief Cabinet Secretary Yukio Edano, who has been quick to say ever since the 9.0 quake hit that radiation levels posed no danger to humans, told reporters today that the high radiation level detected at 10:22 a.m. after the explosions at the No. 2 and No. 4 reactors ”would certainly have negative effects on the human body.”

Residents within a 20 kilometre radius have already been ordered to evacuate the area following Saturday’s hydrogen blast at the plant’s No. 1 reactor. The transport ministry also banned aircraft from flying within 30 kilometers of the nuclear plant to prevent possible radiation exposure, Kyodo News reported.

Nearly 210,000 Japanese have already been evacuated from a 20-kilometre zone surrounding the plant, and the company said it had moved 750 workers away from the plant, leaving 50 to deal with the crisis.

TEPCO said later in the day the massive radiation amount of 400 millisievert per hour, or 400,000 microsievert, was recorded around debris in front of the No 3 reactor and that the material may have come from the nearby No 4 reactor.

But more radiation headaches are arising from the spent fuel containment pool at Fukushima Daiichi’s reactor unit No. 4.

TEPCO said the water level in the pool storing the spent fuel rods at the Fukushima Daiichi’s nuclear plant’s No. 4 reactor may have dropped, exposing the rods.

The firm said it has not yet confirmed the current water level or water temperature in the pool and will try to pour water into the facility from Wednesday through holes that were created following an explosion earlier Tuesday in the walls of the building that houses the reactor.

Unless the spent fuel rods are cooled down, they could be damaged and emit radioactive substances. The government’s Nuclear and Industrial Safety Agency urged TEPCO to inject water into the pool soon to prevent heating of the fuel rods.

“This is very serious because the fuel is outside of any kind of containment,” said Bellona’s Bøhmer.  “This will lead to excessive radiation and have a severe environmental consequences and put further radiation out into the atmosphere.”

Bøhmer pointed out that the boiling spent fuel ponds ratchet up the danger to humans.

“Particularly, this increases radiation to which people could be subjected,” he said. The burning radioactive elements would release caesium, strontium, uranim and perhaps plutonium.

Japan’s nuclear safety agency told Kyodo News that the water temperature in the pool stood at 84 degrees Celcisus as of 4 a.m. Japan time Monday, higher than the normal level of 40 to 50 degrees. Usually, the upper tip of the fuel rods is at a depth of 10 meters from the surface of the pool, the agency said.

Agency officials said the fuel rods will not reach criticality again as they have been stored in racks containing boron to prevent it.

Edano said water temperatures in the pools at the No. 5 and No. 6 reactors at the Fukushima plant have been rising as well.