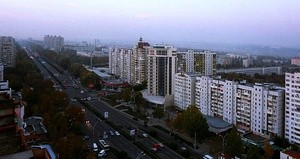 Three members of the group of seven people, which included former police officers, were arrested with 1.8 kilograms in the Moldovan capital of Chisinau, officials there have told reporters.

Police found the substance in a garage in Chisinau where it was under guard and in a special container, interior ministry spokesman Chiril Motpan told AFP.

The smugglers had reportedly been trying to sell the material on the European black market for 9m euros ($11m). It was not clear from where the substance was obtained or where it was headed.

“The suspects are under arrest,” said Motpan, adding that they had previous convictions for possessing radioactive materials in Moldova, Russia and Romania.

The three former interior ministry officials suspected of being part of the smuggling ring were now retired.

The identity of the substance was confirmed when one single gram was sent for analysis in the United States where it was confirmed to be Uranium-238, Motpan added.

Uranium-238 is not a fissile substance, which means that it cannot by itself unleash a chain reaction. But it can be converted to create plutonium – a source for nuclear power and nuclear warheads.

Bellona Executive Director and nuclear expert Nils Boehmer said neither the amount nor the substance itself seized in Moldova were especially dangerous, and could be handled in one’s hands.

But Boehmer did join other experts in their fears over traffickers obtaining nuclear materials from the former Soviet Union with the aim of selling them to rogue groups in the hope of making so-called dirty bomb.

“This still shows there is a black market especially in countries that formerly fell under Soviet influence,” said Boehmer.

“This could just be the tip of the iceberg for very serious smuggling going on by true professionals.,” he said, adding that there is a distinct possibility that terrorists could get their hands on material for the creation of a dirty bomb – or something more serious.

Investigator Oleg Putintica told Moldova’s ProTV Chisinau channel the material could be used “both in the civilian nuclear industry and for military purposes to produce weapons of mass destruction.”

Uranium-238 is the most commonly found, naturally occurring form of the substance.

The type needed for nuclear fuel and weapons is the less common uranium-235, which then needs to be enriched.