UPDATE: Bellona urges Russian foreign ministry to step in on behalf of environmentalist jailed in Belarus; says reports of him declining assistance not true

The St. Petersburg-based Environmental Rights Centre Bellona has extended an official request to Russian Minister of Foreign Affairs Sergei Lavrov asking that his office look into the arrest in Belarus of the famous Russian environmentalist, expert with Bellona and environmental group Ecodefense, Andrei Ozharovsky. 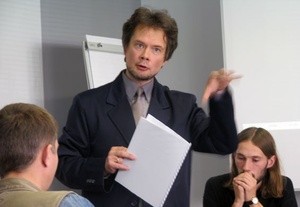 Andrei Ozharovsky, a Russian citizen, was detained last Friday in Ostrovets in Belarus’ Grodno Region, during a public hearing on the construction project of Ostrovets Nuclear Power Plant. He was subsequently sentenced to a seven-day arrest and is currently still in custody.

Later on Monday reports appeared on Russian newswires saying Ozharovsky “did not express an interest in meeting representatives of the Russian diplomatic mission” in Belarus. Bellona points out that these reports are a flat-out contradiction to fact. Below is a translated copy of the Environmental Rights Centre Bellona’s official letter to Russian Minister of Foreign Affairs Sergei Lavrov.

Minister of Foreign Affairs of the Russian Federation
Sergei Lavrov

I am writing to you with regard to the detention in the Republic of Belarus of the famous Russian ecologist, expert with the international BELLONA Foundation, Andrei Vyacheslavovich Ozharovsky, a citizen of Russia.

Andrei Ozharovsky was detained in Ostrovets of Grodno Region on September 9, 2009, near the building where a public hearing was being held on the project of Ostrovets Nuclear Power Plant (NPP). As of this moment, he has been sentenced to seven days’ arrest. A well-known environmentalist both in Russia and abroad, Andrei Ozharovsky was in effect arrested for his intent to distribute at the hearing copies of a report entitled “Critical Notes on the State Environmental Impact Study of the Belarusian Nuclear Power Plant,” which he had co-authored and in which the NPP construction project is declared untenable.

The situation is aggravated by the fact that since October 9 and through the present time, no representative of the Consular Service of the Russian Federation in the Republic of Belarus has yet met with Andrei Ozharovsky and no consular assistance required to him has been rendered, which is a direct violation of the diplomatic duties of our diplomatic representation in the Republic of Belarus.

Andrei Ozharovsky is a citizen of Russia and as such he is entitled to his state’s assistance both while on the Russian territory and abroad. I also wish to make it known here that he has not been given access to a lawyer.

In light of the above, I am asking you to take personal charge of this situation and instruct the Diplomatic Mission of the Russian Federation in the Republic of Belarus to provide consular assistance immediately to Andrei Vyacheslavovich Ozharovsky.

Taking the complexity and urgency of the situation into consideration, I am asking you to take action in the shortest time possible.