Published on February 14, 2008 by Charles Digges

The announcement comes a day after Russian Foreign Minister Sergei Lavrov lashed out at Iran’s nuclear programme in one of the Russian government’s rare but trenchant spasms of suspicion about Tehran’s true nuclear motives – and how Moscow has helped further them.

Russia has already delivered nuclear fuel under a $1 billion contract to build the Bushehr plant, on the Gulf coast in southwest Iran, and Iranian officials say the reactor is likely to be started up in mid-2008.

The Iranian project is one of several Russia is currently running abroad as it jockeys for position among world nuclear merchants to gain a foothold in the projected nuclear renaissance, which is taking place under the auspicies of reducing the emission of greenhouse gasses.

China and India are on board with Russia, and Great Britain announced in December an ambitious and highly criticised plan to build more nuclear reactors to meet projected rises in energy needs.

Arab nations are also getting a boost from the government of France’s Nicolas Sarkozy, which is underwriting the building of a nuclear reactor in Libya, and is in talks to do the same in Egypt.

Russia to nearly double staff in Iran
Russia’s state –run Atomstroiexport, which is building the Bushehr plant, will boost staff by about 1,000 from 1,300 at present, RIA reported, quoting the firm’s chief, Sergei Shmatko.

"In the next few weeks 200 to 300 specialists will come to the station," RIA quoted Shmatko as saying in Bushehr.

"In the course of the year we plan to boost the number of specialists by 1,000 people."

He said Russia and Iran would create a joint venture to run the Bushehr plant.

The US State Department, the world’s most vocal critic of the Iranian nuclear venture, had no immediate comment on Thursday regarding the doubling up of Russian staff at the Bushehr plant.

Iran on track for uranium and plutonium based bomb – is Russia to thank?
But State Department officials have publicly and privately insinuated for years that Russian nuclear know-how in Iran is likely spreading beyond assistance at Bushehr and has likely assisted in the construction of Tehran’s contentious centrifuge programme and it’s underground heavy water reactor, which is used in the production of plutonium. 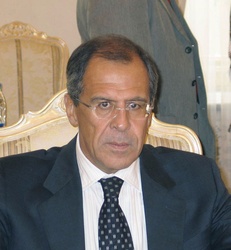 Russia’s chief diplomat is not at all sure that the swell of Russian nuclear know how, and Iran’s growing indigenous capabilities for enriching uranium and fire long range missiles are anything either Russia or Iran should be bragging about against a background of international tensions and suspicion.

Lavrov encourages a little less enthusiasm
Lavrov on Wednesday criticised Tehran for its uranium enriching muscle flexing in light of the batches of fuel that have been shipped from Russia to the Islamic Republic and for Iran’s recent missile tests, designed to show that it has the capability to fire a nuclear warhead.

"It’s impossible to ignore the fact that problems with Iran’s nuclear programme have arisen in recent years. While they haven’t been resolved, it would be better to refrain from actions that raise tensions and create the impression Iran is ignoring the international community," he said.

Iran successfully sending rockets into spaceEarlier this month Iran fired a rocket into space to mark the opening of its first space centre, hailing the base’s inauguration as a step in its battle against what it sees as Western dominance.

Meanwhile Tehran has continued to enrich uranium, despite the fact that Russia has already shipped Iran all the uranium it needs to operate the Bushehr reactor on the Persian Gulf.

Russia and the United States say the plant means Tehran does not need to enrich uranium itself. But Iranian officials say it is their right to have a domestic enrichment programme.