US presidential candidates weigh in against Iranian nukes

NEW YORK – US presidential candidates agree Iran should not be allowed to acquire nuclear weapons but at this point in the 2008 campaign, their prescriptions for preventing such an outcome are vague. 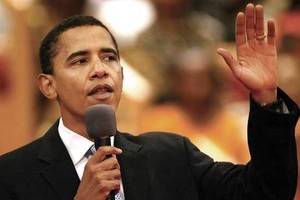 Dealing with Iran’s nuclear ambitions commands a lot of President George Bush’s attention. But he is not likely to resolve the conflicts before leaving office in January 2009.

Iran is thus expected to be among the more difficult foreign policy challenges inherited by his successor, US officials and experts say.

"Allowing Iran, a radical theocracy that supports terrorism and openly threatens its neighbors, to acquire nuclear weapons is a risk we cannot take," presidential candidate Democratic Senator Barack Obama of Illinois said in a letter to the Israel Project, a pro-Israel group that educates the public about Israel and advocates an end to investment in Iran.

Obama also sit on the Senate Foreign Relations Committee and is deeply involved, with Indiana Republican Senator Richard Lugar, in forwarding the nuclear disarmament efforts in Russia under the aegis of the Cooperative Threat Reduction (CTR) programme.

Obama’s tough line on Iran was largely echoed in other letters from seven other candidates, including Senator Hillary Clinton of New York and former Senator John Edwards of North Carolina, both Democrats.

All were asked by the Israel Project to discuss their views and endorse a petition signed on-line by more than 75,000 people telling the United Nations Security Council "Iran must be stopped now – before it develops a nuclear bomb."

Tehran, which insists its nuclear programme is entirely peaceful, has defied a Security Council demand to halt its uranium enrichment programme, resulting in two sets of sanctions. A third sanctions resolution is under consideration.

Divestment
Only three candidates – Obama, Brownback and Romney – at this point supported the project’s effort to persuade state pension funds and others to withdraw investments from companies invested in Iran’s oil and gas industry.

Obama praised Florida, Illinois and California for taking the lead on divestment and said he would work to pass this year a new law he is sponsoring to make divestment easier.

Edwards offered to negotiate directly with Iranian leaders who meet criteria like recognition of Israel, but also promised "new" targeted sanctions for US and foreign companies against Tehran, which he did not define in his response to the Israel Project.

He also proposed enticing Iran into compliance with UN demands through incentives like offering increased refinery capacity, modification of the US trade embargo, membership in multinational organizations and creation of a fuel bank.

Clinton urged enforcement of "meaningful, tough economic sanctions" on Iran and noted her sponsorship of legislation that would prevent international corporations from evading sanctions through foreign subsidiaries.

During a televised debate last week, Obama stressed the need to engage the leaders of Iran, North Korea and other states Bush has kept at arms’ length. He said he would meet them without preconditions during his first year as president.

Clinton promised to pursue diplomacy vigorously but rejected meeting these leaders until the way had been cleared by high-level envoys. "I don’t want to be used for propaganda purposes. I don’t want to make a situation even worse," she said. Edwards endorsed her comments.