MOSCOW – Russia must as soon as possible join the ecological conventions of the UN Economic Commission for Europe (UNECE) – lest we want to continue to look like ecological savages who couldn’t give a damn about the opinion of their own public (something the Aarhus Convention ensures doesn’t happen) or that of their neighbors, countries that may be affected by our industry (under the Espoo Convention, consultations are held with neighboring states on projects with potential transboundary impacts).

Published on February 4, 2013 by Andrey Ozharovsky, translated by Maria Kaminskaya 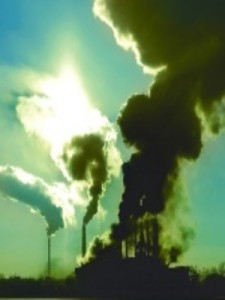 It’s difficult in Russia to obtain information on a newly devised activity that threatens any given environmental hazard. There was a time in my experience when even the materials of an official environmental impact assessment (EIA) report were not made available on my request to either send them by email or have them posted on the Internet – so I had to make a trip to Kurchatov, to Kursk Nuclear Power Plant (NPP), and peruse hundreds of pages right there, on site. The other day, I wrote to Chernobyl NPP, which is in Ukraine, asking for a copy of an EIA report – and got it the same day by email. Why? Would that be because Ukraine is a member of ecological conventions?

These are UN conventions – or more precisely, they are regional conventions of the UN Economic Commission for Europe. So it’s not about the European Union – which, though it is our trade partner, is still a union of foreign states, which have their own interests and standards – it’s about the UN, an international organization where Russia is not just a member, but a founding member, and also a permanent member of the seven-member Security Council.

Russia’s participation in these conventions is simply a necessity – or else we continue to look like “ecological savages” who couldn’t care less both about the opinion of our own population (the Aarhus Convention assures the public its rights with regard to environmental issues) and that of our neighbors, countries that could be affected by our industry (and the Espoo Convention provides for consultations with neighboring states on projects that may have transboundary impacts).

Remarkably, Russia was able to observe the provisions of the Espoo Convention when it was launching the Nord Stream project – the major two-line offshore natural gas pipeline that runs through the Baltic Sea between Russia’s Vyborg and Lubmin, near Greifsvald, in Germany. This was exactly because otherwise Russia wouldn’t have secured other countries’ approval for the project. So, nothing is impossible – conventions can be observed. When there’s a will, there’s a way.

Besides, Russia put its signature under the Espoo Convention as early as June 6, 1991, and has not since rescinded its signature, which means it assumed the obligation to observe the convention prior to ratification. And yet, twenty-some years later, still no ratification…

There seems, too, to be the political will to do so in the upper echelons: When he was still Russian president, today’s Prime Minister Dmitry Medvedev instructed the then prime minister, and now president, Vladimir Putin, to join the conventions.

Now that Medvedev is himself prime minister, what’s stopping him from following through on his own decision to join the ecological conventions? Has the old/new president spoken against it? He hasn’t though, has he?

On January 22, during President Putin’s working meeting with Minister of Natural Resources and Environment Sergei Donskoy, the minister reported that “continuation of adoption of documents” was part of the work under way (the following is Bellona’s translation of a fragment from the official transcript in Russian):

“[…] In point of fact, we have a rather large package [of documents] on which we are currently working: […] ratification of international agreements: access to ecological information and environmental impact assessment.”

Of course, “international agreements” here refers exactly to those two UNECE conventions – the 1998 Aarhus Convention and the 1991 Espoo Convention.

And, upon hearing about “access to ecological information” and “environmental impact assessment,” Putin didn’t fling his arms about in righteous indignation, nor did he cry vicious schemes of those Western imperialists out to destroy our industry – at least, nothing of the sort was recorded in the official transcript. So, he doesn’t object, does he?

It’s important to note that joining these ecological conventions is much easier than, say, becoming a member of the WTO. You don’t have to ask for approval from the other members, it’s simple enough. Even Mongolia, a country lying so far from the UNECE region, wants to join and is holding negotiations. But not Russia.

So, too, does the natural resources and environment minister Donskoy seem to be taking his time after his meeting with Putin. On January 30, he was scheduled to conduct 2013’s first meeting of the ministry’s Public Council, but the issue of joining the Aarhus and Espoo Conventions was not on the planned agenda (in Russian).

Truth be told, everything is not so great in Russia with access to information, the public’s participation in decision-making and access to justice in matters having to do with the environment, or with environmental impact assessment in a transboundary context. Of course, Russia’s participation in these conventions will warrant changes in the legislation – and, more importantly, changes in existing practices as well.

But this is something we in Russia need, first and foremost, for ourselves – for the Russian citizens to be able to receive timely information on some new activity under preparation, so that it wouldn’t be as easy to ramrod through furtively, away from the public’s prying eyes, dangerous projects coveted by brazen money-grubbing corporations and advertized by hired experts-cum-spin-doctors. Then we won’t have as many conflicts, and environmentally hazardous projects could be stopped before they have a chance at implementation…

And lastly. It is time we understood that it’s the twenty-first century out there, and international practices, international standards have evolved. Especially in Europe.

If before, even when there were no conventions or any such thing, it didn’t feel quite morally right to buy, say, footwear that was made by child laborers in a sweatshop, now, ethical norms are expanding to ecology as well.

Do we still want to engage in ecological dumping? We’re OK with drowning the Arctic and Siberia in oil? We don’t mind another Chernobyl? Then we shouldn’t be offended if our neighbors don’t particularly care for any of this and will try to avoid buying our Arctic oil or nuclear electricity. Not because of any special ill will toward Russia – but simply out of a sense of responsibility for our common living environment.

We must as soon as possible become part of the Aarhus and Espoo Conventions. It threatens us no scary repercussions: We could, just as we did when we became a member of the WTO, ask for a “transition period” so we could adjust our legislation to comply with UN standards.

But if we don’t join the conventions, we had better be prepared not to take offense when Russian corporations start having problems on the international markets, faced with accusations of ecological dumping. These charges are often not without merit. And we had better be ready to spend what it takes on ecological modernization, applying the best of available technologies, and meeting international standards.

And if unfair complaints surface, Russia’s membership in the Aarhus and Espoo Conventions – which have established procedures for mediating and settling disputes – will afford us the recourse to protect ourselves against petty or frivolous claims.

Let’s join – if Belarus and Mongolia thought they should, surely, Russia can, too?