NEW YORK – President Obama and Russian President Dmitry Medvedev reached final agreement Friday on a nuclear arms treaty that would cut the nuclear arsenals of the onetime rivals to the lowest levels since the 1960s, settling the deal during a morning phone call prior to meeting on April 8th in Prague to sign the pact. 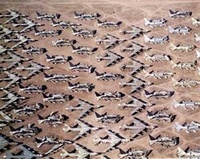 The new pact will replace the 1991 Strategic Arms Reduction Treaty (START 1), which has enabled the decommissioning of hundreds of nuclear warhead the countries have pointed at one another and enabled US- Russia bilateral programmes to destroy nuclear weapons like the Cooperative Threat Reduction act. Signed in 1991, the START 1 treaty entered into force in 1994.

The new treaty, called the the Measures to Further Reduction and Limitation of Strategic Offensive Arms, also replaces the Moscow Treaty of 2002, viewed by many, including Bellona, as useless showmanship.

Announcing the new accord at the White House after months of negotiations, Obama acknowledged that the talks, which were slowed by differences over the sensitive issues of verification and missile defence, were tough.

The treaty also represents a step forward in the US effort to improve relations with Russia. And by demonstrating America’s willingness to cut its own arsenal, it provides momentum for Obama’s broader effort to scale back the worldwide nuclear stockpile, diplomats from Russia and the United States told Bellona in email and telephone interviews.

President Obama hailed the treaty as the most comprehensive weapons control agreement in nearly two decades.

“With this agreement, the United States and Russia – the two largest nuclear powers in the world – also send a clear signal that we intend to lead,” he said at the White House.

“By upholding our own commitments under the Nuclear Non-Proliferation Treaty, we strengthen our global efforts to stop the spread of these weapons, and to ensure that other nations meet their own responsibilities,” he told reporters.

In Russia, President Medvedev’s spokeswoman told the Interfax news agency: “This treaty reflects the balance of interests of both nations.”

“NEW START is a critical first step in a nuclear risk reduction agenda that has been embraced by countless world leaders and a bipartisan chorus of foreign policy heavyweights and former U.S. government officials,” said David Wright, co-director of The Union of Concerned Scientists’ Global Security Programme in  a statement from the Washington-based organisation.

“There is a growing recognition that nuclear weapons are now a liability, not an asset, and they don’t make the world safer or address today’s threats,” said Wright.

The treaty must be ratified by the US Senate and the Russian Duma.

The agreement provides Obama with a tangible foreign policy achievement on the heels of passage of US healthcare legislation, a top domestic priority, which has been encumbering the passage of other bills before Congress, including the US climate and energy bill. So pressing were the arms talks that both Obama and Medvedev took a sideline meeting at Copenhagen’s frenetic UN climate talks to discuss further arms cuts both nations should effect.

With the details of the new arms treaty agreed to, and the US health care bill passed, it is hoped that Obama’s agenda will now turn to the details of getting a climate and energy bill passed that will offer the United States some clout in further UN climate negotiations.

The next set of major climate talks are scheduled for Cancun Mexico next December.

The limits and verification

The treaty limits both sides to 1,550 warheads down from 2,200 –  about 25 percent less than currently allowed for the United States,  the White House said. Russia is thought to have some 2,500 missiles currently deployed, so cuts for Moscow will be slightly deeper –  around 30 percent.

The maximum number of deloyed and non-deployed launchers – missiles, submarines and bombers that deliver the warheads – would be cut from 1,600 to 800. The cap on deployed intercontinental ballistic missiles and submarine launched missiles is set at 700, the White House said.

The venue of Prague for signing the pact next month is symbolic. In a speech in Prague last April, Obama set out his vision of moving towards a world without nuclear weapons. It was this speech and Obama’s commitment to dealing with international climate change that led to his 2009 Nobel Peace Prize.

“Limits on total numbers of delivery systems are necessary to prevent either nation from being able to easily deploy a large number of additional weapons,” said Wright. “The next treaty will need to extend this principle to warheads and limit the total number of warheads, not just the number deployed.”

Both sides agreed to cut their arsenals before last year’s Prague speech, but disagreements on verification have held up a deal.

Both sides would have seven years after the treaty’s ratification to carry out the reduction in long-range nuclear warheads.

The agreement includes a new verification mechanism that will ensure the “irreversibility, verifiability and transparency” of the reduction process, Russia’s Itar-Tass news agency said.

Yet, as is the situation with most treaties of this type, neither US or Russian officials would spell out in Friday interviews what the new verification mechanisms would entail.

The pact establishes a “legally-binding” linkage between offensive weapons and missile defence systems, the Kremlin said in a statement, and “will demand the deployment of all strategic offensive weapons exclusively on national territories”.

Moscow has strongly opposed US plans to set up missile defences in Europe, and has insisted on explicit recognition of the link between offensive and defensive systems in any new strategic arms reduction pact.

The timing and symbolism of the deal are crucial, enabling both countries to claim some moral high ground going into next month’s Washington Summit on nuclear security, and the critical talks in May aimed at limiting the spread of nuclear weapons around the world, diplomats in Washington and Moscow told reporters.

Presidents Obama and Medvedev hope the new deal will increase pressure on Iran, in particular, to abandon any ambition to develop nuclear weapons, they added.

The agreement – called the Measures to Further Reduction and Limitation of Strategic Offensive Arms – replaces the Cold War-era Start treaty signed in 1991 and the Moscow Treaty signed in 2002.

Both US and Russian officials expressed confidence that lawmakers would ratify the treaty, their governments said in statements.