WASHINGTON – The US and Russia have presumably started the final phase of their months long talks on the strategic arms reduction treaty, (Start) and a hoping for a breakthrough, possibly this week, that would enable both sides to sign a successor to their most extensive nuclear weapons treaty before it expires on December 5th.

Published on November 9, 2009 by Charles Digges 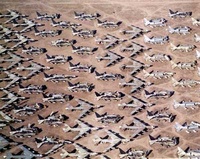 Extending the Start treaty with deeper slashes in both nations’ nuclear armaments has been a centrepiece of President Barack Obama’s administration, who, over the summer, announced he would like rid the world of nuclear weapons.

But the talks in Geneva this week will hardly focus on that, bound as they are to only minor cuts agreed to by the previous US and Russian administrations in 2002.

Still, US Administration officials say the proposed cuts will pave the road for even deeper cuts during over the next several years.

"The negotiations resumed this morning at the Russian mission and will last about a month until December 5th," a Russian diplomat told AFP in Geneva on Monday.

The Start treaty, signed in 1991, allows the United States and Russia to have up to thirty inspectors a piece in each other’s countries to verify nuclear weapons destruction goals outlined in various bilateral treaties.

Senator Richard Lugar, the ranking Senator on the Senate Foreign Relations Committee, has been in the trenches on this issue for more than a decade. Lugar, an Indian Republican, co-authored the so-called Nunn-Lugar legislation with former with Georgia Democratic Senator Sam Nunn.

Also called the Cooperative Threat Reduction (CTR) Act, Nunn-Lugar has assisted on a shoe string budget for the defence department of about $450 million a year to assist in effecting deep cuts to Russia’s post-Soviet nuclear armaments and arsenal.

The optimism that a new Start could come as early as December 5th   stems from a trip to Moscow in late October by national security adviser James Jones, who gave his Kremlin counterpart a package of proposals for the new Start accord, according to U.S. and Russian officials. Moscow has not yet formally responded, but high-level Russian officials have reacted positively, senior US officials said according to US news outlets.

Russian President Dmitry Medvedev said in remarks released Saturday that both sides "have every chance to agree on a new treaty, determine new [weapons] levels and control measures and sign a legally binding document [by] the end of the year."

With US policymakers and the Pentagon united behind Jones’s proposals, Kremlin policymakers have gone back to the Russian military to get its approval or perhaps recommendations for counterproposals.

A Russian response to Jones’s proposals is expected soon, perhaps when both sides return to the negotiating table in Geneva this week.

"We hope that this will be the last round and that by December 5th we will have agreed on a new accord," Russian Foreign Ministry spokesman Andrei Nesterenko told the Interfax news agency.

Analysts and lawmakers have watched nervously as the agreement’s deadline approaches, fearing a lapse in the complex verification procedures that have been credited with providing stability between the nuclear giants. Both sides have discussed leaving those procedures in place until a new pact goes into effect.

The later has been a major thorn in the side of US negotiators. Even if a new Start treaty is agreed to by December 5th, it will still have to be ratified by Senate next year to come into effect.

This gap is problematic as it would legally mean that both Russia and America would have to recall their weapons destruction verification inspectors until the Senate acted.

This is also a sticking point for the Russians, who have spoken of a halt in US inspections of their missile production factories because they have no equal role in the United States which no longer builds strategic intercontinental missiles.

To reduce this danger Lugar introduced a bill Thursday that would allow Obama to temporarily extend, on a reciprocal basis, privileges to Russian arms inspection teams that travel to the United States.

"Allowing a break in verification activities is not in the interest of the United States or Russia," Lugar said on the Senate floor.

Senior US officials, speaking anonymously, told The Washington Post that they also want to put in place a "bridge mechanism" when the treaty expires to allow for the continuation of inspections, exchanges of data, and notification about the testing and movement of weapons and other changes.

But don’t expect huge cuts in US and American arsenals right out of the gate.

The new START agreement will contain relatively modest cuts in the 1,700 to 2,200 deployed warheads allowed to each side under a limping June 2002 agreement between President George W Bush and then-Russian President Vladimir Putin. At a summit in July, Obama and Medvedev agreed on a new ceiling of 1,500 to 1,675 for each side, which is not a significant improvement.

A more contentious issue has been reducing the number of nuclear-capable bombers and land- or submarine-based missiles, with the Russians pressing for deeper cuts than the US side. The Russians have proposed that the current limit of 1,600 each be slashed to 500; US negotiators have suggested 1,100. Jones’s proposal was a "judicious compromise," a US official told The Washington Post, without disclosing a figure.

Outside speculation has put the number at about 700.