The White House should lead an effort to reformulate Cooperative Threat Reduction (CTR) programmes, broadening their focus to include not only cleaning up the Cold War legacy in the post Soviet Union, but also zero in on terrorism and other international security issues as well, said a congressionally commissioned.

Published on March 8, 2009 by Charles Digges 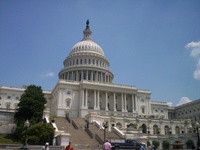 The report’s release also coincides with new plans of the Administration of Barack Obama to seek deeper cuts in both the Russian and US nuclear arsenals. Secretary of State Hillary Clinton returned yesterday from weekend talks with Russian foreign minister Sergei Lavrov, which focused on setting the stage for such talks.

Calling its new vision for the Cold War weapons dismantlement effort “CTR 2.0,” the report recommends that the President engage departments throughout the government beyond those traditionally associated with security, such as the Departments of Defence, Energy, State.

Instead, the new report envisions the participation of the Departments of Agriculture and Health and Human Services and the Environmental Protection Agency, and recommends bolstering legislation to make that possible, as well a the participation of academia, industry and nongovernmental organisations.

The report proposed that a senior official at the National Security Council be designated to direct a revitalized global security engagement effort.

"The executive branch and Congress need to recognize that personal relationships and professional networks that are developed through (US government) CTR programmes contribute directly to our national security and that new metrics should be developed to reflect this," the report states.

The report also suggests that CTR seek to engage new international partnerships under the G8 Global Partnership Against Weapons and Materials of Mass Destruction.

“A bold vision is again required," Ronald Lehman, director of the Center for Global Security Research at Lawrence Livermore National Laboratory, and co-chair of the committee that wrote the report, said in a statement.

“The Department of Defense and the entire federal government should re-examine what CTR has already accomplished and refocus efforts to promote global security engagement in the 21st century.”

The White House press office said it was aware of the report, and a spokesman at the State Department said the report “is in line with the anti-terrorism and nonproliferation efforts that are being advanced by the Obama Administration.”

Operating on a shoe-string budget of less than $7 billion since 1991, CTR’s programmes have deactivated thousands of nuclear warheads safeguarded fissile materials, converted weapons facilities for peaceful use, and redirected the work of former weapons scientists and engineers.

CTR has also provided a blueprint for dozens of other nations who have patronised the effort to clean up Russia’s Cold War arsenal.

But the report states CTR initiatives "must be made more flexible and responsive, with a stronger focus on building partnerships with other nations through broader inclusion of international and non-governmental organizations and personal relationships," the report’s authors said.

A "broader network of partners" dedicated to strengthening global security could serve as a "trip wire to warn the US of potential dangers," the report stated.

"Many of the tools that exist will continue to be valuable and you’re talking about, in essence, upgrades," Lehman said at a Friday presentation of the report, according to the Global Security Newswire.

"In many cases, what we would propose to do the in future will look a bit like what we did in the past."

The report calls for giving more flexibility to those who plan projects and for streamlining bureaucracy to allow projects to be completed in a more timely manner. The report also notes that counties in Africa, the Middle East and Asia should be cultivated as partners in CTR efforts to curb smuggling and increase port security.

Budget cuts of up to $47 million under the Bush administration to CTR prompted private sector investment from American tycoon Warren Buffet, who, via the powerful nonproliferation NGO the Nuclear Threat Initiative, has helped finance several efforts that would conceivably fallen under CTR’s domain, such as the retrieval of Soviet supplied highly enriched uranium from numerous research reactors in eastern Europe.

Yet CTR critics in both Washington and Moscow have complained that the bureaucracy surrounding the programmes have impeded their implementation and in some cases completion.

The most prominent example is the failure to complete the Mayak Fissile Materials Storage Facility, which was intended to house plutonium and uranium from Russian warheads. One of CTR’s flagship programmes, it was unilaterally shut down by former Russian Atomic Energy Chief Alexander Rumyantsev, who said Russia would not be storing any of the 50 tons of plutonium the site was built to house.

The project was a long running battle between American contractors, who were often kept out of the information loop by their Russian subcontractors, and the Kremlin’s schizophrenic attitude toward furnishing the US with timely and transparent information.

More embarrassingly, Department of Energy support for a programme to retrain nuclear weapons scientists for peaceful purposes was found to be funding Russian institutes that were supporting weapons research in a Government Accountability Office published in January 2008.

Yet Senator Richard Lugar of Indiana – who co-authored the Nunn-Lugar legislation launching Cooperative Threat Reduction more than 17 years ago with former Georgian Senator Sam Nunn –  has long said that the programme’s successes have long outweighed its shortcomings – a point of view supported by Bellona.

Lugar hailed the reports conclusions in a statement from his offices Friday, noting that he has offered similar proposals to bolster CTR effort.

The National Research Council report contains a "critically important set of recommendations that should guide the Obama administration’s efforts to expand the Nunn-Lugar program around the world," Lugar’s statement said.

Lugar has called over the past several years for the programme’s mandate to be extended to other countries, citing that the post 9/11 world is no longer one of bipolar nuclear threats.

They are private, nonprofit institutions that provide science, technology, and health policy advice under a congressional charter.