In a new twist for the Arctic Military Environmental Cooperation (AMEC) group, Russia’ biggest ship repair and scrapping yard has offered to decommission 11 laid up nuclear submarines from Great Britain, a member nation of AMEC. 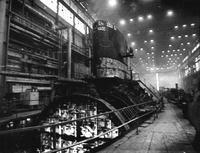 Prior to this, the four-nation military-to-military nuclear remediation group – which consists of the United States, Russia, Norway and the United Kingdom – has directed its largess toward solving nuclear waste and submarine decommissioning problems in Russia.

But the UK, the group’s newest member, caused a schism in the group when it joined in 2003 by suggesting that Norwegian and US efforts were flagging because they refused to integrate commercial organisations into Cold War legacy clean up projects in Russia.

The UK also asserted that Russia should be encouraged to play the role of a partner in the group rather than just its sole beneficiary. The United States and Norway spoke out against the inclusion of commercial structures – specifically Britain’s NUKEM group – because of the delicate trust the group had forged since 1996 between military commanders in the West and Russia.

The United States has had little participation in AMEC since the shake up, relegating itself to an observational role. 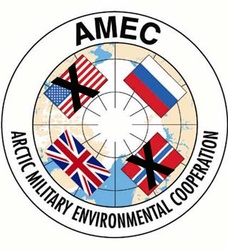 Such transports employing barges rather than traditional towing were brought about by vociferous protests to the Norwegian and Russian governments, and the international community as a whole, lodged by the Bellona Foundation.

Bellona’s involvement in changing these methods came in the wake of the sinking of the K-159 in 2003. This rusted out nuclear vessel was being towed by the Russians from one shipyard to another when high waves broke the tow lines and the sub sank with nine Russian seamen who were aboard to monitor leaks, killing them all.

Further investigations by Bellona revealed that Norway had contributed to an international project that involved towing two other nuclear submarines in similar fashion, raising an uproar in the environmental community, as Norway had clearly opted for cheap over safe transport methods.

The latest submarine transport projects financed by Norway have insisted on using the semi-submersible barges.

Zvezdochka officials, however, say that towing the British subs is also under consideration, RIA Novosti reported.

French officials are also started exploring the possibility of having aged French nuclear powered submarines scrapped at Zvezdochka, the shipyard spokesman said. The French Embassy in Moscow, however, could not confirm that this was the case as parties responsible for French nuclear projects in Russia were unavailable for comments.