Norwegian defense and foreign ministry officials and other analysts are still in the dark about why Norwegian defense advisor and Arctic Military Environmental Cooperation (AMEC) project Co-Chair Ingerd Kroken was not allowed to enter Russia last week and was declared persona non grata by Moscow.

Published on February 16, 2007 by Charles Digges 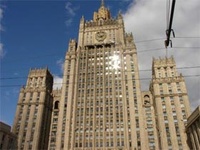 The expulsion came at a time when Norwegian-Russian relations seem to be at a low ebb, according to some analysts and western media reports, but whether this perceived friction between the nations sparked Kroken’s ejection from Russia is unclear.

The Russian Ministry of Foreign Affairs, which ordered Kroken turned back at the border, has not modified its original vague statement, which, as reported on RIA Novosti Russian newswire, said that border officials had not been expecting Kroken’s visit and had thus turned her away.

Russian foreign ministry officials in Moscow would not elaborate when contacted by Bellona Web Friday. Responsible parties at Russia’s embassy in Oslo, despite several calls, also could not be reached for any clarifying comment.

Bjoern Jahnsen, spokesman for Norway’s Ministry of Foreign Affairs confirmed Friday that his offices had received no further explanation for the incident from the Russian side and said officials at Norway’s Moscow Embassy were working to shed light on the circumstances surrounding the expulsion.

Jan Erik Torp, lead analyst with Norway’s FFI defense institute, said in a telephone interview with Bellona Web that the defense ministry had received a memo on Kroken’s expulsion but that “it was not clear (if Kroken’s expulsion) was a visa hiccup or something more.”

According to the Norwegian Ministry of Foreign Affairs – which has taken over investigating the matter from the Ministry of Defense for which Kroken works – foreign affairs officials are expecting a full report on the incident from the defense ministry before pursuing the diplomatic imbroglio further, said Jahnsen.

The report, said Jahnsen “will be a recounting of the facts of the incident as (Kroken) sees them for presentation to the defense ministry.”

On Friday, Kroken told Bellona Web she would be giving her account of what happened upon her February 7th arrival at a Moscow airport in the defense ministry’s report. She confirmed in a telephone interview Friday that it would adhere to what she told Bellona Web last week: that she had been stopped at customs, detained for five hours, put on a flight to Copenahagen, and declared persona non grata in Russia.

Kroken – who has traveled to Russia some 50 times – and officials from the foreign affairs and defense ministries all confirmed that her travel documents were in order.

AMEC, which is considered the environmental clean up wing for the Cooperative Threat Reduction programme, which has dismantled and stored surplus Soviet nuclear technology for the past 15 years, was until last fall a four-country consortium of Norway, Russia, the United States and the United Kingdom. Kroken’s meetings in Moscow were to be centered on evaluating the AMEC successes and failures.

Norway itself has spent more than $200m in nuclear clean up efforts, including the scrapping of submarines, in Northwest Russia since 1993.

According to defense analysts quoted by Aftenposten, the FFI report indicated that relations with Russia have been strained by a variety of factors including illegal fishing by Russian trawlers, Norwegian investment projects in Russian oil fields that have been torpedoed by the Kremlin, and restrictions on salmon imports – a cash cow for the Scandinavian nation.

More globally, oil-and gas-rich Russia has tossed around its clout in the European energy market, threatening to cut off supplies based on policy disagreements, and has cracked down heavily on non-governmental human rights and environmental sectors, rekindling nationalistic tendencies that alarm the West. Suspicious murders of government critics in recent months have also fueled international concerns.

While stopping short of calling the conditions existing between Norway and Russia a Cold War, Norwegian defense researchers indicated to Aftenposten that Moscow is classified as a military threat

Prior to the Aftenposten article, Russian President Vladimir Putin delivered a fiery speech in Munich on February 11th in which he castigated the United States for rekindling a nuclear arms race, for “overstepping” its boundaries on the world stage, and told the West to back off Moscow’s human rights policies.

What message – if any – is Russia trying to send?
Analysts looking at this chain of events reach different conclusions on how they may – or may not – have impacted the decision to turn Kroken back at the border, and what her expulsion signals.

The FFI’s Torp said that the report classifying Russia a possible military threat is nothing new, and thus would have had no impact on whether to reject a member if he Norwegian defense establishment at the border.

“Our assessment of Russia has been consistent for years,” said Torp. “The underlying factors are the same as before – this is not a new position.”

For that reason, Torp surmised that Norway’s well-established defense posture did not bring about Kroken’s abrupt change in travel plans. “We do not keep these reports secret,” he said.

Lars Rowe, a Russian political expert with Oslo’s Fridtjof Nansen Institute drew on a broader picture of how Russia wishes to be viewed in the world, noting that it is no longer as open to collaboration with western countries generally, and on a military level specifically – which would explain Kroken’s unceremonious reception.

Drawing on Putin’s blistering speech in Munich as an example, Rowe told Bellona Web in an interview that Putin’s oratory was a sign that Russia intends to speak with as loud a voice as any other major world player.

“Putin wanted to show that Russia was big enough to level such critiques and be seen on even terms,” with those countries he criticized, said Rowe.

Rowe said that Kroken’s denial at the border “was most likely a mistake – it was not a subtle signal to Norway.”

But he did say the “mistake” was a telling oversight.

For more than a decade, Russia has been the recipient of western economic aid and assistance in Cold War dismantlement. Rowe said Russia is now weary of being seen as a charity case and instead desires to be on equal footing with the rest of the world’s major powers.

“The West therefore needs to start dealing with Russia in a different manner – giving it less money, not to punish it but to deal with them as they want to be dealt with as a real power,” said Rowe.

In this context, Rowe suggested, Russia did not view Kroken’s arrival as the important occasion that it used to be.