A US delegation headed by Republican Senator Richard Lugar, chairman of the Senate Foreign Relations Committee, was detained Sunday for three hours at an airport in the Siberian city of Perm, Russia before being allowed to leave the country for Ukraine in a diplomatically chaotic incident Sunday. 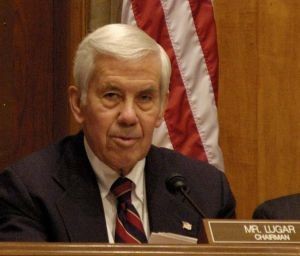 US officials were nonetheless anxious to downplay the incident in an apparent effort to avoid diplomatic fallout with the increasingly hard-line regime of Russian President Vladimir Putin, who has publicly expressed dismay over a number of US-Russian disarmament programmes.

"It’s unfortunate," Lugar said in an interview after boarding his plane bound for Ukraine, according to US and Russian press reports. "It illustrates a dysfunctional state where the left and right hand don’t know what either is doing and people are enforcing their whims of the day without deference to the world."

Lugar, a 13-year veteran of cutting through US-Russian disarmament red tape, nonetheless put a tactful face on the incident.

"Russians in the past had placed severe limitations on inspections at these storage sites, so this is a significant breakthrough," said Lugar, who is the co-author of the 1991 Co-operative Threat Reduction programme (CTR) which he wrote with then-Democratic Georgia Senator Sam Nunn.

Lugar, Senator Barack Obama—the junior Democratic Illinois Senator also of the Senate Foreign Relations Committee—as well as the rest of the US delegation, who are on a weeklong nuclear disarmament tour among former Soviet states, spent several hours at a weapons destruction site outside Perm before returning to the city airport, officials from the US Embassy in Moscow told Bellona Web Monday.

The delegation was in Russia as part of a week-long tour of major weapons facilities in former Soviet republics, where U.S. funds are being used to secure or destroy nuclear, chemical and biological weapons. Russia recently agreed to open sensitive sites to U.S. inspection, a development that Lugar heralded at a news conference Friday in Moscow. 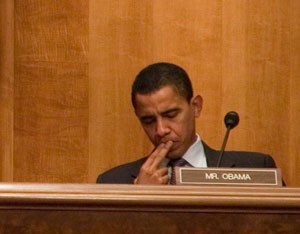 The 41-year old Obama, having won one of Illinois two Senatorial seats in 2005, is seen by many on Capitol Hill as heir-apparent to many of the non-proliferation concerns spearheaded by Lugar.

The specifics of the delay
When the US delegation attempted to board their plane, local Russian border officials stepped in and demanded to search the American aircraft before takeoff. International law, however, protects the US military plane from searches, which lead to a stand-off between customs officials and the group.

American officials, citing a US-Russian agreement that does not allow such inspections, refused to allow the search of the plane, leading to the three-hour delay, according to Andy Fisher, a spokesman for Lugar who is on the trip.

Fisher said in a statement that the group was treated "just fine," although members were held in an uncomfortably stuffy room adjacent to the tarmac and allowed out onto an adjoining porch area only after they surrendered their passports.

"This is not the first time this has happened," said Fisher, noting that a delegation including Lugar was briefly detained two years ago in Perm. "It may be some kind of internal bureaucratic problem."

The seemingly bureaucratic misunderstanding escalated, ultimately involving the White House, the State Department, and a host of military officials in Washington and each of their Russian counterparts in Moscow, an official at the US Embassy said.

Senator Chuck Hagel also faced exit difficulties
Separately, a spokesman at the U.S. Embassy in Moscow said Nebraskas Republican Senator Chuck Hagel was briefly delayed at an airport in another Siberian city, Irkutsk, because of a problem with flight clearance paperwork.

Hagel was in the region to tour a nearby natural gas deposit site as part of a trip to study energy issues. The issue was resolved after the embassy contacted the Russian Foreign Ministry, and Hagel flew on to Bulgaria, a diplomat in Moscow said.