TOKYO—Wealthy Group of Eight (G-8) donor nations are coming up short on financial aid pledged for Russia to dismantle its Soviet-era nuclear stockpiles and help other countries keep nuclear material from falling into the hands of terrorists, experts said at an international weapons conference held here on Tuesday. 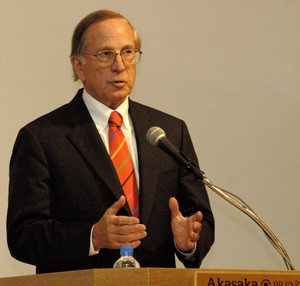 Weapons specialists from governments and think-tanks around the world gathered at the June 7th "Reviewing Global Partnership: Its Achievements for International Security and Cooperation" to evaluate progress in eliminating weapons of mass destruction and protecting stored nuclear waste in Russia.

Aid for these efforts was pledged by the G-8 in 2002 when it met in Kananaskis, Canada and promised at least $20 billion over 10 years toward dismantlement projects in Russia via the so-called Global Partnership Proramme.

Former US Senator Sam Nunn said the pledges of $17 billion so far fall short of the Kananaskis goal and he stressed that only a fraction of that amount had actually been spent and that the international community was not doing enough to meet its commitments. He urged delegates to consider the risks of inaction.

Today it is possible that a small group of terrorists could acquire nuclear weapons in one nation, launch a nuclear attack in another nation and stagger the security and the economy of every nation,” said Nunn, according to the Associated Press.

Nunn is a Georgia democrat who in 1991 joined Indiana republican Richard Lugar to co-author the Nunn-Lugar, or CTR, agreement to dispose of Russias nuclear arsenal. Nunn is also co-chairman with media mogul Ted Turner of the Washington based Nuclear Threat Initiative, a non-proliferation NGO that co-sponsored the conference.

Other sponsors included the Centre For Strategic and International Studies (CSIS) and the Japanese government.

Nunn singled out Japan as one of the most tight-pursed donors, pledging only $200 million compared to Washington’s $10 billion contribution. As yet, however, Japan is the only nation that has taken any roll at all in dismantling submarines of the Russian Pacific Fleet—which Nunn failed to mention, AP reported.

Nunn went on to stress in his keynote speech to the conference of over 100 government and NGO nuclear experts from around the world that the stated goal of $20 billion should be the lower limit rather than ceiling for donations in realising concrete projects.

This view has been echoed several times by Nunns former Senate colleague Lugar, who now chairs the Senate Foreign Relations Committee. Nunn stressed that the G-8 efforts were a race between cooperation and disaster.

Alan Heyes, from the UK Department of Trade and Industry, stated that the UK was mainly focused on the issue of spent nuclear fuel.

He told the conference that and that the G-8 Global Partnership must not end up as a scrap metal project, where you make the situation worse, because you focus too much on dismantlement of the submarines.

Bellonas views at the conference
The Bellona Foundation, which sat on the panel at the Tokyo conference, stressed the need for coordination among donor nations and a strategic nuclear dismantlement Master Plan for Russia.

Bellona also called on delegates to bring the population of Russia, which is most impacted by decisions made by donor counties, to encourage public participation there.

"Public participation in Russia is essential for the success of the implementation of concrete projects in Russia," said Bellona.

Despite Nunns criticism of Japans donation pledge, Japan has a well-developed culture of public consultation, noted the Bellona. 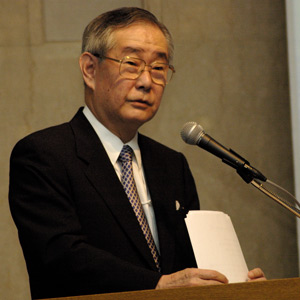 Russias view
Russia urges its G-8 partners to step up as much as possible the allocation of aid for dismantling decommissioned nuclear submarines, said Sergei Antipov, deputy director of Russias Federal Agency for Atomic Energy (Rosatom), he said at the conference.

Our goal here is to draw the attention of all the signatory nations of Global Partnership to the fact that the problem of decommissioned submarines is no less acute in Russias Far East than in western regions, while financing for the Far East is far scantier, Antipov said, according to ITAR-Tass Russian newswire.

He said an approximately equal number of submarines await dismantlement in the Far East and in the west of Russia—40 per region.

Moscow had amassed a Cold War-era fleet of 250 nuclear-powered submarines, but since the 1980s, nearly 200 of them have been removed from active duty. Moscow has promised to dismantle its ageing fleet at ports in its Northwest and Far East and safely dispose of their nuclear reactors by 2010.

They will cost $4 billion to dismantle, said Antipov, but G-8 pledges have so far amounted to only half of that.

Antipovs colleague, Victor Akhunov, also of Rosatom, maintained that the goal of Russia dismantling all the obsolete nuclear submarines by 2010 could be met. Russia itself can pay for six submarine dismantlements annually, and said international funding was required to dismantle another four to five per year to meet this goal.

Antipov agreed. Over the next 10 to 12 years, we can’t achieve our goals without international help, he said, according to AP.

Bøhmer reported and wrote from Tokyo. Digges contributed from Oslo