Norway awoke Friday morning to disturbing newspaper headlines and television reports that a major plan to smuggle 90 kilograms of radioactive waste&#151which may have included plutonium&#151into Finland in the trunk of a car driven by a Swedish national had been foiled by Russian border control agents.

Published on September 5, 2003 by Charles Digges 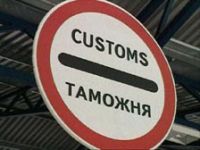 The reports had appeared in the Helsinki tabloid, Iltalehti, which were then duplicated in Stockholms sensationalist Svenska Dagbladet. By the time the reports reached Norway, Fridays news was brimming with scenarios of possible plutonium smuggling corridors from the Kola Peninsula into Scandinavia, and information about an unnamed Swedish national who had attempted, via one of these apparent corridors, to transport a load of his own.


Fortunately, say Russian, Finnish and Swedish officials, the reports were not only several weeks late, but highly exaggerated. Nonetheless, the news unsettled the pubic across Scandinavia, whose close proximity to Russia and Russias well-documented problems with securing fissile materials are cause for worldwide alarm.


What the Papers Erroneously Reported

According to the Norwegian daily VG newspaper published Friday, Russian police are busily investigating a case of radioactive smuggling that was brought to an end just 100 metres from the Finnish border by Russian customs radiation detectors. VG was quoting an article published by the Svenska Dagbladet, which said that the Swedish national driving the car loaded with radioactive waste was in Russian police custody.


VG quoted Svenska Dagbladet further, adding that it was unknown when the arrest occurred, but that the Swedish national had been confirmed to be in custody of the Russians by the Finnish police division in Salla, directly across the Russian-Finnish border.


Iltalehti quoted Sallas Police Chief Pentti Saira as saying I dont know what this material is, but according to our information, the material is radioactive.


Iltalehti insisted that the seized material contained plutonium, VG reported. But Iltalehtis report and Svenska Dagbladets version of it began to fall apart when representatives for Russias Murmansk Regional Customs Division flatly contradicted much of what the papers reported.


The Facts of the Case

What was reported to be 90 kilograms of radioactive waste by the papers, said Murmansk Regional Chief Customs Inspector Vitaly Popov in a telephone interview, turned out to be a car trunk full of 90 kilograms of assorted rocks and minerals that were emitting radiation levels strong enough to be picked up by radiation detectors at the border checkpoint. All of this occurred when the Swedish national left Russia a month ago.


These rocks and minerals that the Swedish tourist had picked up while in the northern Kola Peninsula were confiscated, and he was sent on his way, said the chief customs inspector.


There was no arrest here, Popov said. There is an investigation of the materials underway, but there was no arrest. Customs officials delayed him for some 20 minutes, and then let him go.


Another customs spokesman in Murmansk, reached by telephone on Friday, said that the Swedish national had gathered the confiscated rocks and minerals in an area of no military or security significance to Russia, and he had done so with the aid of the Russian Academy of Sciences. He was a rock collector, evidently, said the spokesman. Thats a hobby, not a crime.


According to a representative for the Russian Academy of Sciences in Moscow, any number of minerals and rocks collected anywhere in northern Russia could contain some amount of radiation.


Everything contains a slight degree of radiation, said the spokeswoman, who asked not to be identified because she was not specifically familiar with the case. It could be that this man picked up something that contained natural uranium or another naturally occurring radioactive element, which would have registered on radiation detectors. Whatever it was, I am sure it could not be plutonium, which is not a naturally occurring element.

All we know about the case is what we saw in Svenska Dagbladet newspaper, said Consul Elizabeth Stan of Swedens Moscow embassy in a telephone interview. We dont know when it happened, or if it happened.


The Russian authorities have not approached us about this matter at all, she added.


The Finnish Embassy in Moscow likewise had no information on the case other than what they had seen in Iltalehti. At this point, anyones guess is as good as mine, said a spokesman by telephone from Moscow.


Finnish police in Salla&#151the border point to which the Swedish national was headed from the Murmansk regiondenied both Svenska Dagbladet and Iltalehtis reports that the Swedish national had been arrested by Russian authorities, adding further that they had never suggested that to any of the reporters who had called them for information.


We know there is an investigation underway about the materials, but other than that, we have no official information&#151all we know is what we saw in the paper, said the officer, who asked not to be identified.


At Russian customs, the spokesman said that the material taken from the vehicle is still under investigation and that if it is found to be radioactive, the Swedish national could face so-called administrative responsibility. But the Swedish national is probably already home and bringing any administrative charges would be difficult, said the spokesman. In such a situation the case is likely closed.


As for Iltalehti and Svenska Dagbladet, who started the radioactive furore, both papers say they stick to their stories. Neither paper would comment on why they had reported the incident a month after it happened, where they got the information that plutonium was involved, and why they had reported that the Swedish national was in the custody of the Russian police.