Twenty-six years has passed since the Chernobyl catastrophe. And although Fukushima has somewhat eclipsed Chernobyl, the memory of the late Soviet period disaster remains a living memory to many people, especially specialists among whom, as before, there is no consensus on the present and future of nuclear energy.

Published on April 25, 2012 by Alexander Nikitin, translated by Charles Digges 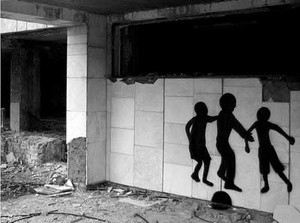 Today, there is great distrust of the safety of nuclear power plants has is seen worldwide. First Chernobyl then Fukushima forced a whole array of countries to reassess their attitude toward nuclear power. There have been no new nuclear plants built in the United States over the past 26 years. Now Germany, Switzerland, and Belgium will be shuttering their reactors. Spain is in the process of electing not building any new nuclear reactors, and Italy decided not to begin a nuclear energy industry at all.  In post-Fukushima Japan, only one reactor out of the country’s 54 is still running. The future of nuclear energy there is especially foggy as the wrecked reactors at Fukushima are in such a condition that they “temporarily or partially” re-achieve criticality – in other words, the emergency is not over. According to expert analysis, more than 30years will be required to fully dismantle Fukushima.

It would also seem that the huge expenses of accident clean up and compensation to victims of the Fukushima disaster, which currently however somewhere around $245 billion, is influencing the mood pro-nuclear countries as well. In France, which relies on nuclear for 78 percent of its energy, Nikolai Sarkozy’s opponent from the socialist party, François Hollande – who in current opinion polls is surpassing the incumbent – has suggested cutting France’s reliance on nuclear power by a third by 2025, that is to say to 50 percent of the country’s energy. The fate of nuclear power in the world’s most atomically power country in the world is therefore be decided after the run off round of presidential elections on May 6 (as Sarkozy failed to capture the majority in the first round of balloting on April 22). And China, which wants to shake its large dependence on coal fired plants, and is building more nuclear power plants than anyone else, has begun to invest huge resources in renewable energy, seeing this energy source’s future.

World financial markets have also reacted world situation with nuclear power. Bank Austria, which is a subsidiary of the Italian UniCredit, has cut off a credit line it previously issued to a Slovak company that is building Reactor Units 3 and 4 at Mochovce in Slovakia. European energy giants RWE and E.On have declared that they no longer want to be involved in building new nuclear power plants in Great Britain.  Private companies are exiting the nuclear market as well. Of special resonance was the decision by Germany’s engineering-giant Siemens to pull out of nuclear power reactor and product production. Uranium markets went into a slump after Fukushima. Because of this, Russian State nuclear corporation Rosatom was unable to complete a deal to acquire 100 percent of the shares in Austria’s Mantra Resources Limited, which mines uranium in Tanzania.

The economics and technology behind nuclear power are hardly transparent, and therefore unattractive for private investors. If the decision to build or not build a nuclear power plant hinges on the support of the government, that can only mean that the risks get transferred to the wallets of consumers and taxpayers. Today, nuclear power plants are of interest to only two kinds of countries: either nations with large, developing, booming, dynamic economies  – like China and India –  or nations that for one reason or another are aiming to acquire nuclear technology – such as nations in the middle and far east and in the southern hemisphere. Rosatom itself admits that its new nuclear power plant builds close to the borders of it’s own territory – namely Baltic and Kola 2 Nuclear Power Plants – are decided by virtue not of their economic feasibility, but rather because of geopolitical objectives.

According to worldwide statistics, more nuclear power stations are being taken out of use than are being built. The builds are taking place mainly in the southern hemisphere where Rosatom is promoting nuclear power plant builds in Bangladesh, India, Vietnam, Iran, and Turkey. France, the United States, Japan and South Korea are all working to close similar deals with Jordan, Vietnam, Turkey, and Saudi Arabia. China is helping Pakistan to increase its number of nuclear reactors.

Nuclear energy in the southern hemisphere exists exclusively because of Russia. At the beginning of 2012, 33 nuclear reactors were in operation in Russia, 18 (or fully 30 percent ) of which are operating on extended engineered lifespans. Eleven such reactors are of the so-called Chernobyl-type RBMK-1000 variety – notorious for its propensity to accidents. Russia is pursuing a policy of raising the quotient of nuclear energy by extending the lifespans of old stations, concerning chiefly the Leningrad and Kola Nuclear Power Plants. This is not safe, though the strategy of the nuclear industry is to increase its number of reactors: The government plans by 2030 to build some 26 new reactors. Despite the fact that the nuclear industry has made wide assurances that its reactors are entirely safe, no one can give anyone a true guarantee of their safety. The accident at Fukushima again showed that a reactor experiencing a total loss of power will immediately or soon thereafter becomes a disaster waiting to happen and the degree of that disaster is directly proportional to the lack of coolant to its active zone.

Fukushima demonstrated the importance of reactor containment vessels and other protection systems. Only a third of reactors operating at Russian nuclear power plants have containments, which means the rest are not protected against either external or internal impacts. All nuclear power plants in Russia have large temporary storage pools for spent nuclear fuel aside thier reactors. And Fukushima showed that such storage are not just as dangerous (and even more dangerous) than the reactors themselves.

Today’s safety problems at Russian nuclear power plants lie not only in the technological aspects of plant operation. Russia problems of corruption, theivery and negelct of Standards and regulationsare of direct concern to nuclear power plant safety. Some 15 managers of various levels were fired from Rosatom in 2011 and some 35 were sent packing for the same reason in 2010. Corruption and disregard for standards and regultions resulted, for example, in the collapse of a new reactor building at the new Leninigrad Nuclear Power Plant 2 in 2011. Earlier information about gross violations and corruption during the construction of the Novovoronezh Nuclear Power Plant 2 were brought to light.  Kalinin NPP’s Unit 4 was taken offline for maintenance and adjustments just a few days after launch. The Russian media have reported that counterfeit materials were used during construction and renovation of reactor units of Rostov NPP. A former nuclear power plant director together with a number of high level figures in the Federal Security Service – the KGB’s successor organization – tried to keep this fact secret. All of this bears witness to how corruption can play an enormous role in a humanitarian and environmental catastrophe.

Chernobyl and Fukushima both showed it is practically impossible to anticipate or predict what will cause an accident, and that it is impossible to construct some algorithm of activity that would avert or localize a catastrophe. Therefore it is not nearly as important what causes an accident at a nuclear power plant as it is what the consequences are that result. We must consider that catastrophes at nuclear power plants have an effect on coming generations. Today, we lack both the knowledge and the experience to deny that.

The Chernobyl and Fukushima disasters have shown that nuclear power is vulnerable for many often completely unpredictable reasons. Governments and ordinary people want guarantees of safety and economic viability – qualtied that it must be stated that nuclear energy today do not possess. The future of nuclear power therefore remains undefined.