KIEV – Ukrainian medical researchers have found the depressingly high male infertility rates in this former USSR republic can be directly linked to the lingering effects of the 1986 disaster at Chernobyl Nuclear Power Plant. The same is likely true for the populations of other countries affected by the catastrophe – primarily, the neighbouring nations of Russia and Belarus – as well as those who helped in the immediate clean-up efforts and suffered from high radiation exposure levels as a result.

Published on July 25, 2010 by Andrey Ozharovsky, translated by Maria Kaminskaya 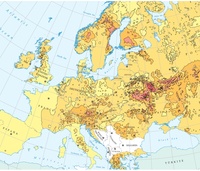 It has long been no secret that male infertility can occur as one of the potential adverse effects of radiation exposure. As dangerous radionuclides enter the human body, a chain of alterations at a genetic level is set into motion, making natural conception impossible. According to latest research, the average period during which Ukrainian couples make a dedicated effort to conceive a child is 2.5 years. If this tendency does not improve, Ukrainian doctors say, there will soon come a time when more and more families will have to resort to artificial insemination in order to have a child.

Other risks are equally distressing: Even if successful, fertilisation with DNA-damaged sperm may lead to irreversible abnormalities in embryonic development, triggering severe disorders, developmental pathologies, and DNA changes in the foetus.

Demographic research by the UN confirms that Ukraine has the world’s lowest population growth rate. There are 45.9 million people living in the country, the state statistics authority, Goskomstat, says, and, according to the UN, if the present mortality rates do not subside, Ukraine’s population will sink to 39 million people by 2030.

Both researchers and environmentalists warn that radiation is detrimental for the population’s reproductive health – and that holds true for both unforeseen radioactive discharges that take place as a result of numerous accidents at nuclear power plants and for those that occur in the course of a site’s normal operation. These facts, however, are steadfastly denied by the nuclear authorities as they claim nuclear power plants are absolutely safe.

In Russia, the state nuclear corporation Rosatom has plans to build 26 new reactors – an ambition that threatens to aggravate the situation with radiation safety and background radiation levels in the country, and, by extension, intensify the existing trend of population loss. Building new reactors in regions that have been severely affected by nuclear and radiation accidents – such as at Chernobyl or at the Siberian Chemical Combine, a uranium-enrichment plant near the Siberian city of Tomsk – is deemed especially ill-advised. 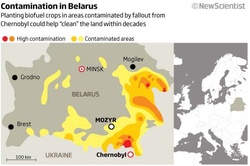 Among other known consequences of radiation exposure, besides the adverse effects on male fertility, are an increased cancer incidence, genetic aberrations, and many other disorders. A more detailed analysis of the consequences of the Chernobyl catastrophe for public health is available in a collection of papers authored by renowned Russian ecologist and president of the Russian Centre for Environmental Policy Alexei Yablokov; Vasily Nesterenko, a corresponding member of the Belarusian National Academy of Sciences; and Alexei Nesterenko, of the Minsk-based Institute of Radiation Safety. The English-language translation of this publication, entitled “Chernobyl: Consequences of the Catastrophe for People and the Environment” and published by the New York Academy of Sciences in December 2009, can be found here.