ST. PETERSBURG-Sergei Novikov, press secretary to the head of Rosatom, on Tuesday acknowledged live on BBC radio that “uranium briquettes did catch fire, and smoke was emitted” at the Elektrokhimpribor (EKP) enterprise, 300 kilometers east of Moscow, on July 3rd. The EKP press service previously said that no smoke had been detected. 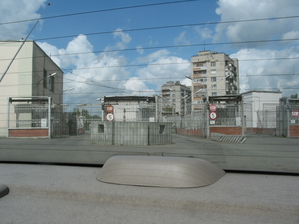 “There’s no smoke without fire,” said Bellona Web editor Rashid Alimov. “And since the uranium caught fire, with smoke, this meant that radioactive particles formed that could have leaked into the environment.”

Alimov and Vladimir Slivyak, co-chairman of Ecodefense! Group, yesterday met in the closed town of Lesnoy with EKP representatives, who emphatically denied that the uranium had even caught fire. 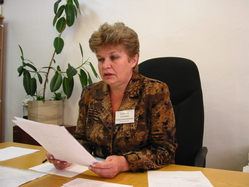 Tatyana Korenyak, head of the EKP information centre, said that the uranium had heated up spontaneously, but that no smoke or particle pollutants could form as “uranium is a heavy element”.

Nevertheless, an article in the local newspaper Vestnik by the EKP chief engineer rad that at 12.57 p.m. on July 3rd, a worker identfied only as Ovchinnikov "noticed that the material had heated up by itself and left the premises and called the fire service.”

Ivan Baranov, head of the Rosatom radiation safety department, admitted that the ventilation system had been closed when the “heating up” was noticed.

“This obviously does not match up. If the uranium did not burn, and there were no particle pollutants released, then why was the ventilation closed?” asked Slivyak.

A Rosatom press release said the briquettes were covered in a special emulsion and sand, according to safety instructions.

“Uranium with emulsion, even burning under sand, will release particle pollutants through the sand by carbon monoxide and carbon dioxide carrying carbonic and uranium pollutants,” Sergei Pashchenko of the Siberian branch of the Russian Academy of Sciences told Bellona Web.

Pashchenko said that, due to being relatively coarse-grained, sand cannot hold the breathable pollutant particles (which measure approximately 1 micrometer). The particles can penetrate virtually without resistance into the aveoli of the human lung and remain there indefinitely.

“If sand stopped such fine particles, it would be used as an anti-gas agent in all the armies of the world,” Pashchenko said.

The EKP is subordinated simultaneously to both the Defence Ministry and Rosatom. Nevertheless, there is no civilian nuclear control, such as Rostekhnadzor, over the work of the enterprise. Safety at the plant is controlled by the Defence Ministry’s military nuclear oversight agency. Lesnoy also has a doctor reporting to the Federal Medical-Biological Agency.

Although Rosatom itself had invited Slivyak and Alimov to the closed town, they were not allowed to take or remove samples, such as uranium emits alpha particles, which do not show up on normal gamma dosimeters), and they were not even allowed to see the plant from a distance. Moreover, no information was given to the environmentalists about the incident. Enterprise representatives cited the fact that Slivyak did not have a copy of Ecodefense!’s charter with him, and that Alimov’s journalistic credentials were not valid on the territory of the closed city, as he does not have a residence permit in the area.