On Monday, the co-chairman of Ecodefense! group, Vladimir Slivyak, and the editor of Bellona Web, Rashid Alimov, visited the closed town of Lesnoy in Sverdlovsk Oblast, where uranium-238 burned at the Elektrokhimpribor enterprise (EKP) at the start of July. Although Rosatom itself had invited the environmentalists to the closed town, they were not allowed to take or remove samples, or to enter the enterprise’s industrial area. 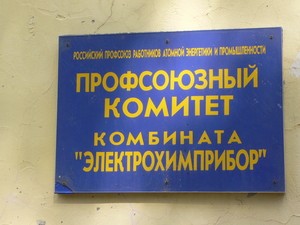 Moreover, no information was given to the environmentalists about the incident. Enterprise representatives cited the fact that Slivyak did not have a copy of Ecodefense!’s charter with him, and that Alimov’s journalistic credentials were not valid on the territory of the closed city, as he is not registered there.

“We were refused information. This is open information and is of importance to society,” Alimov said.

“Despite Rosatom’s invitation, we weren’t even allowed to look at the enterprise from a distance,” Slivyak said. “This could have been an attempt to hide the real state of affairs. We reserve the right to conduct independent investigation of the region of possible pollution around Lesnoy.” 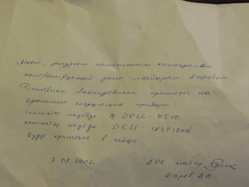 On the way out of Lesnoy, the EKP Toyota, driving at breakneck speed, was stopped by the police, and the men accompanying the environmentalists pulled out their IDs – “We’re factory guards, armed. We’re in a hurry, we’ve got to get a move on.”