Secret KGB archives released in Ukraine shows that the Chernobyl reactor had serious problems even before the 1986 disaster.

Published on May 2, 2003 by Hanne Bakke, translated by Glenn Hansen 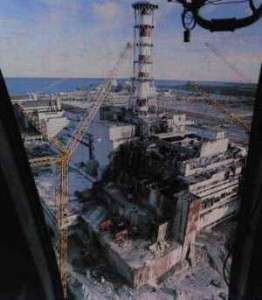 It is 17 years since the Chernobyl disaster, and recently 121 documents dating from 1971 to 1988 have been released, after spending years in the archives of the former KGB in Ukraine, reports El Mundo and BBC News. The documents show that things started going wrong right from the start. According to the released documents, Ukrainian KGB regularly reported systematic security breaches to Moscow under the whole construction period from 1976 to 1979. A report dating back to 1984 also shows abnormalities in the third and fourth reactor, and it was the fourth reactor that exploded in 1986. In addition, reports confirm use of poor quality equipment delivered by Yugoslavian companies. Its also reported of an incident in 1982 resulting in the release of small doses of radiation.

The Chernobyl reactor was in use as late as December 2000, when the authorities finally gave in to international pressure and closed the plant, burying it in a sarcophagus of concrete.

Debate between Ukraine and Russia
The released documents have also created a heated discussion between Ukraine and Russia about whether the concrete sarcophagus build to stop radiation is secure or not, reports. Russias atomic energy minister Aleksander Rumyantsev stated recently at a press conference that the sarcophagus had a number of leaks, and should be secured as soon as possible in order to prevent a total collapse. This was rejected by the Ukrainian Fuel and Energy Ministry, saying that the problems with the sarcophagus were under control and could be managed until a new storage facility is in place, possibly in 2008.

Russia questions the number of deaths
The explosion on April 26th 1986 in reactor four resulted in 100 times more radiation that the bombs dropped over Nagasaki and Hiroshima combined. 31 workers were killed immediately in the explosion, while it is estimated that between 15 000 and 30 000 later have died at as a result of the disaster. The numbers are elusive and could be much higher. UN reports that six million people continue to live in areas polluted by radioactivity. Russias atomic energy minister stated at the press conference that he thought the number were ridiculously high and that the death toll should be around a couple of hundred.