Two and a half decades ago, a green four-car train would make the rounds every few months of Russia’s icy Kola Peninsula to cart nuclear fuel and radioactive waste 3,000 kilometers south to the Ural Mountains.

Published on October 4, 2021 by Charles Digges 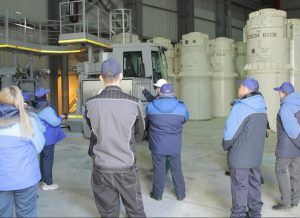 Two and a half decades ago, a green four-car train would make the rounds every few months of Russia’s icy Kola Peninsula to cart nuclear fuel and radioactive waste 3,000 kilometers south to the Ural Mountains.

At the time, that lonely rail artery was the center of a logistical and financial bottleneck that made Northwest Russia – home of the once feared Soviet nuclear fleet – a toxic nuclear dumping ground shrouded in military secrecy.

Nearly 200 rusted out submarines bobbed in icy waters at bases throughout the region, their reactors still loaded with nuclear fuel, vulnerable to sinking or worse. Further from shore and under the waves laid other submarines and nuclear waste intentionally scuttled by the Soviet navy. Still more radioactive spent fuel was piling up in storage tanks and open-air bins on military bases and in shipyards.

One of those places was Andreyeva Bay, a run-down nuclear submarine maintenance yard just 55 kilometers from the Norwegian border.

Since the birth of the nuclear navy in the 1960s, Andreyeva Bay evolved into a dumping ground for 22,000 spent nuclear fuel assemblies offloaded from hundreds of Soviet submarines. Cracks in storage pools made worse by the hard Arctic freeze threatened to contaminate the Barents Sea. At one point, experts even feared the radioactive morgue might spark an uncontrolled nuclear chain reaction.

Infrastructure, technology and the Kremlin were failing to keep up with the mushrooming catastrophe. That green nuclear fuel train could only bear away 588 fuel assemblies at a time three or four times a year – little more than the contents of one nuclear submarine per trip. Even if the train ran on schedule, removing broken or deformed nuclear fuel elements at Andreyeva Bay was still seen as impossible. 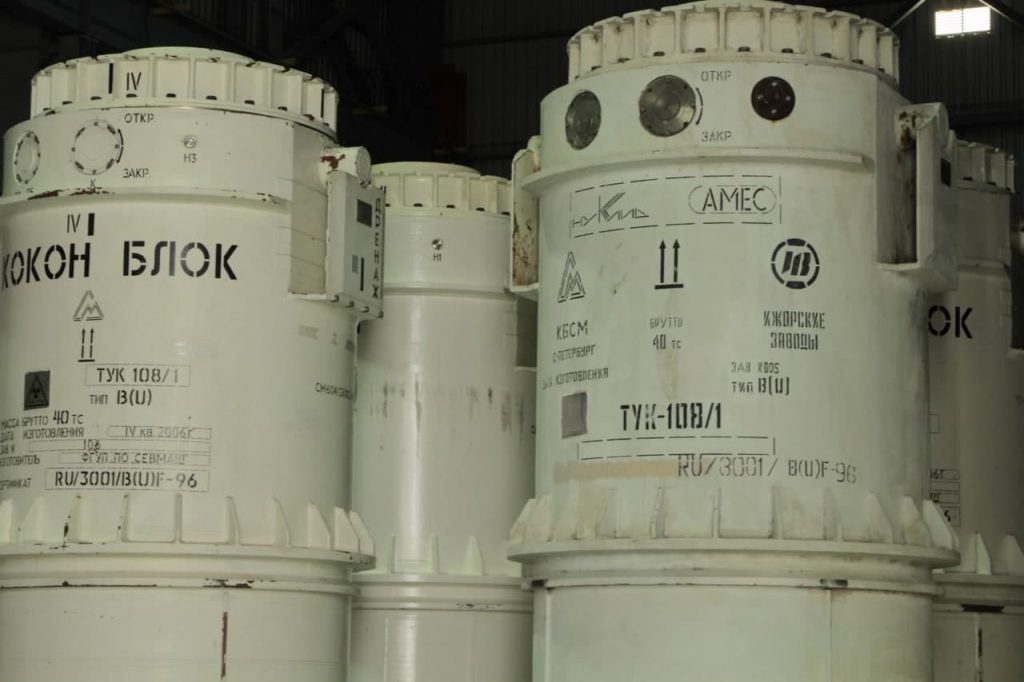 In the bleak and politically chaotic late 1990s, many feared that the carcinogenic remains of the Cold War would lie neglected at Andreyeva Bay for decades more.

“Now, after more than two decades of international effort spearheaded by Bellona, nearly all of those threats are already – or nearly – the stuff of history,” says Oskar Njaa, Bellona’ general manager for international affairs.

Those efforts have been backed by tens of millions of dollars in funding from Norway, which, in 1996, became the first western government to recognize the new Russia’s emerging crisis over its radioactive legacy.

Norway’s financial foray into northwest Russia paved the way for yet more funding from the West, as numerous other European nations pitched in to help.

Last week, officials from both sides of the border gathered at Andreyeva Bay ­– now the flagship project between the two nations – to mark the 25th anniversary of the Norwegian-Russian Commission on Nuclear Safety.

“Bellona became the first organization in the world to publish such a name ‘Andreyeva Bay,’ and also told about the facility itself and its condition, ”said Alexander Nikitin, who directs Bellona’s St Petersburg offices, and was the first to sound the alarm.
“It was in 1996. After that, the object drew the close attention of the international community and international projects began.”

The first containers of Andreyeva’s accumulated waste were packed up in 2017 and borne away on a specially outfitted ship called the Rossita ­– itself a bit of expertise donated by Italy under the Northern Dimensions Environmental Partnership, an enormous Russian nuclear cleanup fund managed by the European Bank of Reconstruction and Development.

To date, the Rossita has made 15 trips, bearing away 10,000 spent nuclear fuel assemblies for reprocessing in the Urals, representing 45% of the total assemblies at the site. 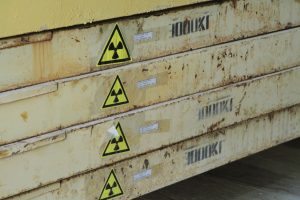 According to Anatoly Grigoriev, who heads up the international projects division of Rosatom, Russia’s state nuclear corporation, the cleanup will continue for another six to seven years.

“Andreyeva Bay has been a daunting task for Norway,” said Per Einar Fiskebek, an advisor to the governor of Tromsø and Finnmark Counties, the Norwegian border region closest to Andreyeva Bay. “It is especially important for us that the work be carried out absolutely safely for the personnel, who have been professionally coping with it even in a pandemic. Norway and Russia are good neighbors with a common border and nature. I can assure you that Norway will remain with Russia until the end, until Andreeva Bay becomes absolutely clean.”

The water was drained and the fuel painstakingly moved, but that revealed other problems. The fuel elements from Building 5 needed somewhere to go, so they were rushed into hastily arranged storage facilities that were meant only to be temporary.

Technicians stuffed the fuel elements into three dry storage buildings and cemented them in. The temporary storage solution has now spanned the last 30 years. Meanwhile the leaking radioactive water contaminated much of the soil around Building 5. 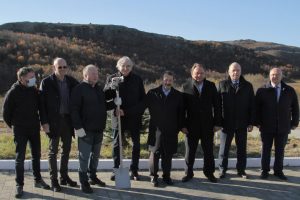 It took the government years to catch up to the problem. In 1995, the Murmansk regional government paid it first visit to the secretive military site and, based on what it saw, shut down its operations. Five years later Moscow finally got involved, taking Andreyeva Bay out of the military’s hands, and giving it to the mainly civilian Ministry of Atomic Energy, now Rosatom.

Rosatom helped create a nuclear waste-handling agency in Murmansk, called SevRAO, to deal with the problem. Yet even in 2000, SevRAO was essentially working from scratch. Rosatom officials noted that there weren’t even documents detailing what waste and fuel was stored where at the site, much less an infrastructure to help safely get rid of it.

Norway, at Bellona’s urging, led the charge to pitch in.

But Norway has led the pack by far, contributing some $103 million over the past 20 years toward safely removing Andreyeva Bay’s spend nuclear fuel – a national movement spawned when Bellona published its first report on Northwest Russia’s nuclear hazards in 1996.

“I hope that the system will take care of the future nuclear legacy without waiting for it to be accumulated,” Nikitin told The Independent Barents Observer. “Nuclear and radioactive waste should be dealt with before it reaches a situation as we had in Soviet times.”

As the project continues, Nikitin said he is pleased to see how the work has progressed.

“Bellona started it, and we have to finish it,” he told the portal.