10 years after Fukushima, the nuclear industry still has trouble gaining the public’s trust

Ten years ago this week, a magnitude 9.0 earthquake in the Pacific sent an eight story wall of water rolling toward the six reactors of the Fukushima Daiichi nuclear power plant on Japan’s northeast coast. The reactors shut down automatically moments after the quake at sea, but 41 minutes later, the tsunami it generated crashed through the plant’s defenses – which included a sea wall later found to be dangerously low – and inundated the reactor buildings. 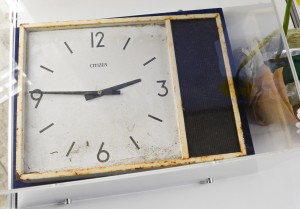 Ten years ago this week, a magnitude 9.0 earthquake in the Pacific sent an eight story wall of water rolling toward the six reactors of the Fukushima Daiichi nuclear power plant on Japan’s northeast coast. The reactors shut down automatically moments after the quake at sea, but 41 minutes later, the tsunami it generated crashed through the plant’s defenses – which included a sea wall later found to be dangerously low – and inundated the reactor buildings.

Emergency generators flooded, leaving the plant without power for cooling systems. Without cooling, radioactive decay continued to heat the reactor cores. In the control room, workers struggled to run crucial instruments, using flashlights and car batteries scavenged from nearby vehicles and to search for emergency procedure manuals.

Over the next 72 hours, the last line of emergency systems failed. Uranium fuel in three of the six reactors melted down, and hydrogen explosions blew holes in the roofs of three reactor buildings, belching radioactive iodine, cesium and other fission products  into the environment. Emergency managers on site, desperately trying to cool the molten cores, poured sea water into the damaged reactor buildings with fire hoses. As a result, highly contaminated water flowed directly into the Pacific Ocean.

In the coming days, Japan shut down its 48 remaining nuclear reactors – all but four of which remain idle to this day ­– and more than a hundred thousand people were forced to evacuate homes that housed generations of their families in agricultural Fukushima. At the time, it was feared that even Tokyo, 270 kilometers to the south, would have to be evacuated, too.

This was the opening chapter of the worst nuclear power nightmare since Chernobyl in 1986. The earthquake that set it in motion was so severe that it moved Japan’s main island 2.4 meters to the east, redistributing the planet’s mass in such a way that the length of days on earth have been shorter ever since.  When the shaking stopped, nearly 20,000 lives had been lost. 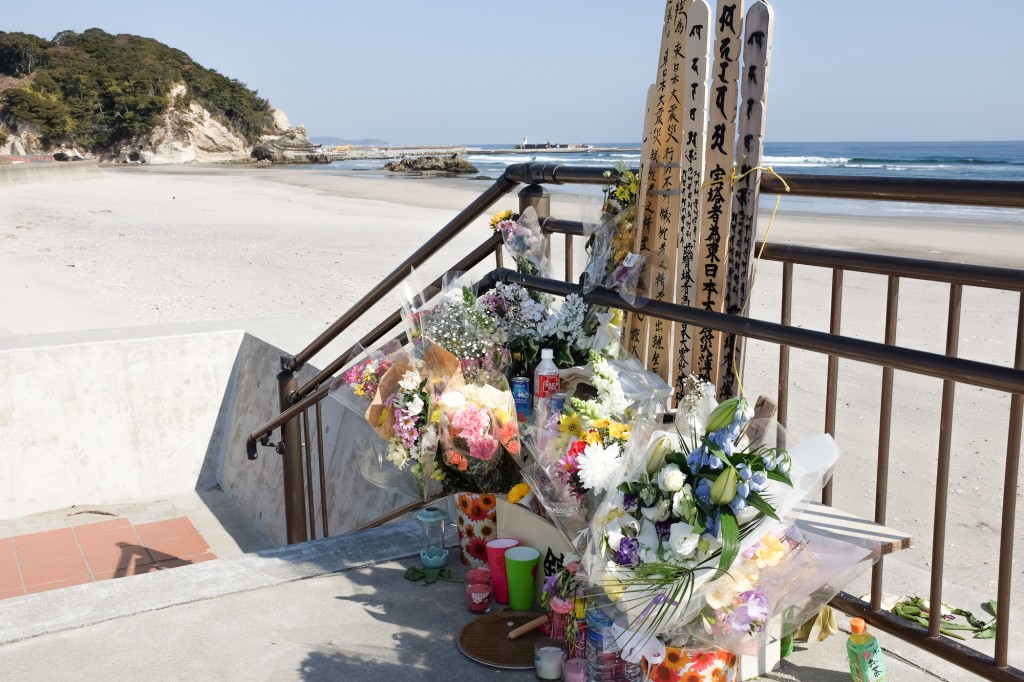 Yet for all of the natural forces arrayed against the plant on March 11, 2011,  an independent parliamentary investigation found in 2012 that the Fukushima disaster was “profoundly man-made,” and “the result of collusion between the government, regulators and Tokyo Electric Power Co,” or Tepco, the company that runs the plant.  At the heart of the failure, the report’s author’s concluded, was nothing less than the co-opting of Japanese government agencies – with all their technical and engineering prowess – by the country’s nuclear industry.

The accident spurred a worldwide regulatory review and accelerated plans in Germany to completely phase out nuclear power by the end of 2022. Other countries, including Spain, Belgium and Switzerland, are in the process of doing so within the next 14 years.

In Japan, the independent Nuclear Regulatory Authority was established to defray the crony connections between the industry and regulators and to enforce strict new nuclear safety codes.

Japan is aiming for net carbon neutrality by 2050 and its current government is optimistic that nuclear power will have a role to play in achieving that goal. But the Japanese public feels differently. According to a survey conducted by the NHK national broadcaster, 85 percent of the public is still troubled by the possibility nuclear accidents. And in February, Japan’s Asahi newspaper found that only 35 percent support restarting reactors that were idled after the disaster.

This divide in opinion highlights a perception problem that the nuclear industry – not just in Japan, but worldwide – has historically failed to overcome. The problem has only grown as the conversation about using nuclear power to tackle climate change heats up. Nuclear advocates point to the development of new technologies, such as small modular reactors, which can be deployed locally, and whose small scale limits the potential for Fukushima-sized accidents.

But while industry supporters, like the UN’s International Atomic Energy Association, point to lessons learned and industry-wide soul-searching since the Fukushima catastrophe, this rosy analysis is landing on the ears of a distrustful and wary public. 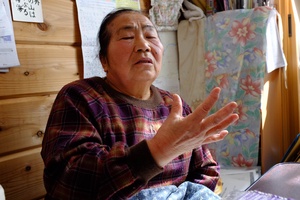 “Those talking about atomic power are people in the ‘nuclear village’, who want to protect their vested interests,” Naoto Kan, who was Japan’s prime minister during the Fukushima’s disaster, told a news conference last week, according to Reuters.

Aditi Verma, Ali Ahmad and Francesca Giovannini, three scholars from Harvard University’s Kennedy School of Government who studied the aftereffects of Fukushima, agree. In an opinion piece the three wrote this month for Nature, the influential US scientific journal, they assert that the nuclear industry has long ago lost touch with the public it is meant to serve.

This failure, they argue, has given the public only an incomplete picture of the risks involved with nuclear energy. Typically, they write, the industry only engages with the public during the final stages of plant regulation, with a focus on educating the public on the industry’s own view of risk. But this mode of engagement, they say, “has led to an antagonistic expert–public divide” within the nuclear power debate.

This friction is evident in the discussion of Fukushima’s aftermath. While many industry proponents focus on how the disaster produced few direct casualties, such a view ignores the impact it had on the public psyche. Indeed, as the industry has repeatedly pointed out, the worst fears of massive contamination failed to materialize. In contrast to the years following Chernobyl, which released 10 times as much radiation, Japan has not seen a significant spike of cancers among Fukushima’s population or other obvious signs of radiation-linked diseases. Just one worker died, in 2018,  from direct radiation exposure. Ambient radiation in most of the Fukushima prefecture is comparable with other cities in Japan and around the world.

Still, argue Verma, Ahmad and Giovannini, such an accounting risks disregarding the livelihoods and social ties that were disrupted. Of the 160,000 people who were evacuation, nearly 37,000 are unable return home.

“Industry risk assessments capture the economic impacts of such issues, but usually fail to capture the harder-to-quantify collateral damage to people’s lives and the environment,” the authors write. All aspects of the nuclear industry, they conclude, need “genuine citizen engagement, which aims to listen, not convince.”

The state of cleanup today

The vast cleanup operation at Fukushima has cost hundreds of billions of dollars and most experts say it won’t complete for at least another 40 years. Retrieving the 900 tons of melted down fuel within the three stricken reactors poses the biggest challenge to fully decommissioning the plant. The debris will have to be retrieved by robots. Last year, the Nuclear Regulatory Authority reported higher than expected levels of radiation on the temporary caps placed over two of the stricken reactors.

Radiation hotspots continue to turn up around the country, including in 2019, near an Olympic sports complex 19 kilometers away from the power plant. And researchers are still uncovering new information, like how rainfall concentrates cesium in forests, potentially posing health threats if land is cleared for agriculture or wood burned for fuel.

The fate of the decontaminated soil, which has been gathered in black bags around Fukushima, remains unresolved. This year the bags are being taken to “interim storage facilities” in the “difficult to return” zone, meaning dumps in the 2.4 percent of Fukushima that are still too contaminated to inhabit. By law, the soil must be sent outside the prefecture by 2045, but the government hasn’t yet determined where to take it. 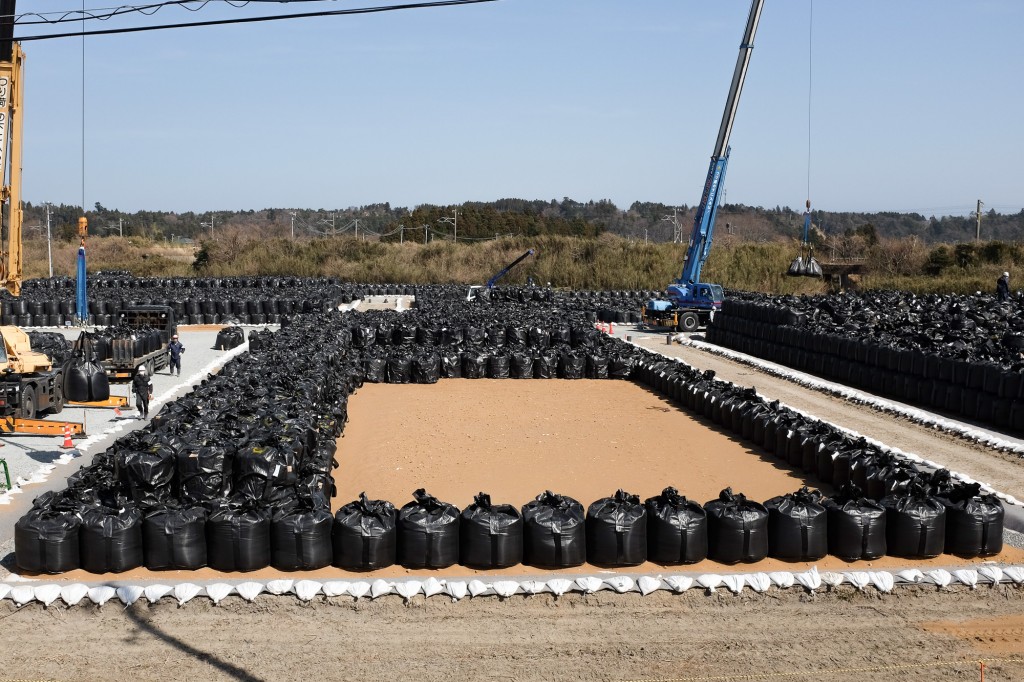 And then there’s what to do with the contaminated water that has seeped into the plant or has been used to cool spent fuel. There’s 1.24 million tons of it stored in more than 1000 huge tanks at the site, and Tepco says storage will run out next year. The company is filtering the water to remove radioactive particles, but it is unable to remove one, called tritium. The government has announced tentative plans to release the water into the sea next year. But fishermen, whose industry was battered in the disaster’s aftermath, are fighting this move. Activists are opposed, too, pointing to Tepco’s past hiccups in removing contaminants from the water.

Where does Japan’s nuclear go from here?

Despite the public opposition to nuclear power, Japan’s current leadership has not given up on it. Shinzo Abe, prime minister from 2012 to 2020, was a supporter, but during his tenure, most reactors remained mothballed while undergoing stricter safety inspections.

Twenty-one reactors of the country’s 54 were decommissioned after the disaster, and of the 33 that deemed operable by the Nuclear Regulatory Authority, the agency has only approved nine for restarts. Of those, only four have become operational again after going through an additional post-Fukushima rigor that requires local governments to sign off on all restarts. 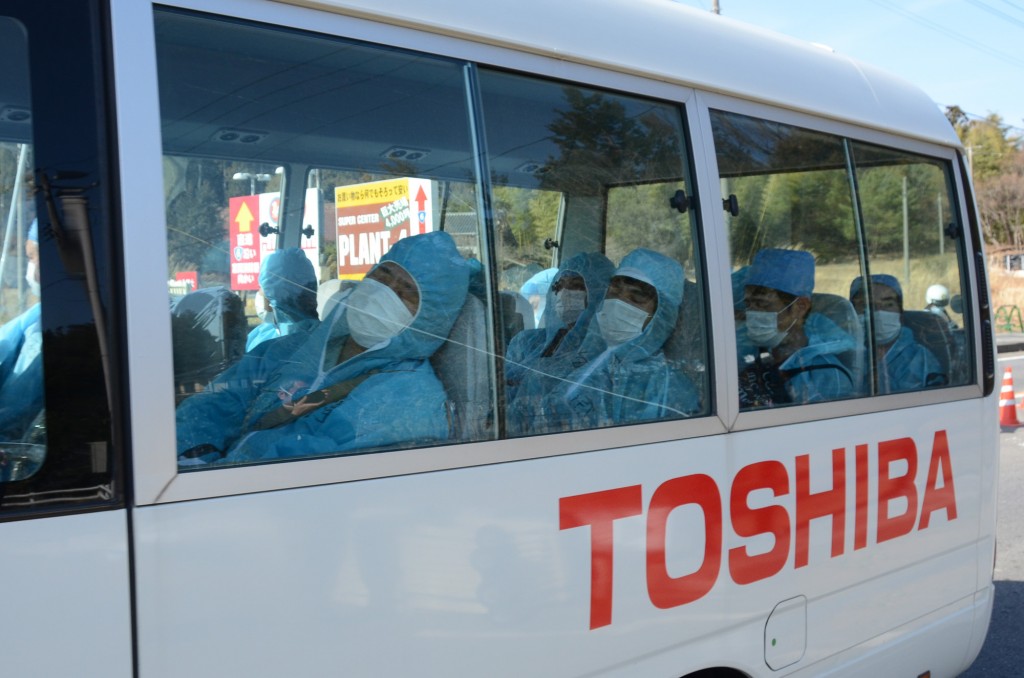 What this means is that nuclear power supplied only 6 percent of Japan’s energy needs last year, compared to 30 percent before the disaster. This leaves ample room for renewable energy to make up the difference – something Japan’s current prime minister, Yoshihide Suga, is keen to pursue.

In October, he committed Japan to its goal of net carbon neutrality by 2050 and picked up the pace of wind farm and solar plants development. Japanese companies also lead the world in hydrogen turbine combustion technology, making the element a rising component of Japan’s clean-energy portfolio.

But Suga has not sworn off nuclear power, and many in his government say that a massive switch-on of Japan’s remaining reactors is the only way to get to net carbon neutrality – though that would be next to impossible given the public’s opposition.

An energy plan released late last year foresee 50-60 percent of generation coming from renewables in 2050, with nuclear or fossil-fuel plants with carbon-capture technology providing the remainder. A clearer picture of what Japan’s energy mix will look like at the mid-century mark is expected this summer, when the Ministry of Economy, Trade and Industry releases a new triennial strategy for power generation.

Tepco and other nuclear utilities have meanwhile spent billions on new seawalls, filter systems and other safety features at its nuclear power plans. Local municipalities have also drawn up evacuation plans in case of accidents in order to avoid the chaos that characterized the exodus away from Fukushima.

But such contingencies may not be needed for long. According to Takeo Kikkawa, an adviser to the government on energy policy, the vast majority of Japan’s will have, by mid-century, died a natural death. Even if Japan’s 33 operable reactors had their lifespans extended from the current 40 years to a proposed 60 years of operation, only 18 would remain in service at the midcentury mark, he told a news conference earlier this month. None would still be in operation by 2069.

“Japan is a resource-poor country so we should not casually abandon the nuclear option,” Kikkawa said, as reported by Reuters. “But in reality, the future of nuclear power is bleak.”