Covid-19 could cause staff shortages in the nuclear power industry

As the Covid-19 virus grinds world economies to a halt, several national nuclear operators are weighing how to keep sensitive and vulnerable infrastructure chugging along in the face of staff shortages due to the illness.

As the Covid-19 virus grinds world economies to a halt, several national nuclear operators are weighing how to keep sensitive and vulnerable infrastructure chugging along in the face of staff shortages due to the illness.

A number of national contingency plans, if enacted, could mark an unprecedented step by nuclear power providers to keep their highly-skilled workers healthy as governments scramble to minimize the impact of the global pandemic that has infected more than 240,000 people worldwide.

Officials in the United States, for instance, have suggested they might isolate critical technicians at the country’s nuclear power plants and ask them to live onsite to avoid exposure to the virus. Many operators say they have been stockpiling beds, blankets and food to support staff for that purpose.

Should that fail to stem the pandemic’s effect on the nuclear work force, the US Nuclear Regulatory Commission said it would shut down any of America’s 60 nuclear plants if they can’t be appropriately staffed.

Other operators, however, are already seeing the spread of the infection slow things down. In Great Britain, authorities announced they are shutting down a nuclear fuel reprocessing site at Sellafield after 8 percent of its 11,500-strong staff were forced to self-isolate to avoid infection. The move came after an employee tested positive for the coronavirus last week, and will lead to a gradual shutdown of the site’s Magnox facility, which is slated to close permanently later this year.

Sellafield told employees that it would work to “make best use of available people”.

France, the world’s most nuclear dependent nation, announced staff reductions at its Flameville plant in the country’s north. The EDF, France’s national nuclear operator, said that, due to high regional infection rates, it was reducing the staff at the plant from 800 to 100. As early as March 10, EDF reported that three workers at nuclear power plants had tested positive for the virus. 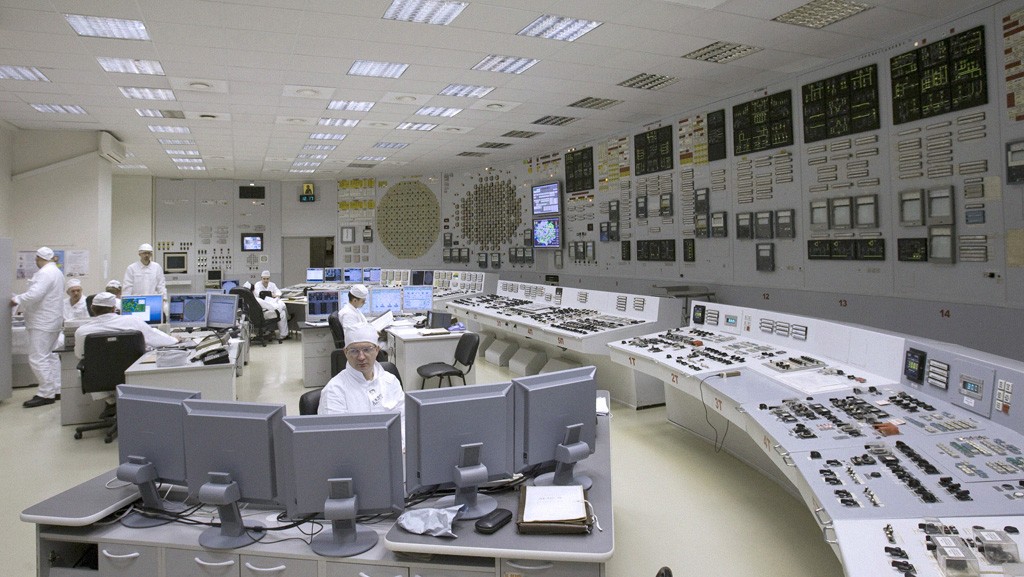 A spokesman for the Flameville plant told Reuters that “we have decided to only keep those in charge of safety and security” working while the coronavirus crisis runs its course.

French grid operator RTE expects nuclear availability to stay 3.6GW below the 2015 to 2019 average and likewise predicts a national drop in nuclear demand.

Taken together, the emergency responses of national nuclear operators are symptoms of a big problem that Covid-19 posed to the nuclear sector, Mycle Schneider and independent energy and nuclear policy analyst told Power Technology Magazine.

“Covid-19 constitutes an unprecedented threat on sensitive strategic infrastructure, above all the power sector,” he said.

“The French case sheds light on a fundamental societal safety and security issue that got little attention in the current Covid-19 crisis. Operation and maintenance of nuclear power plants draw on a small group of highly specialized technicians and engineers.”

Because of that very level of specialization, some in the US nuclear industry are considering simply isolating nuclear plant technicians onsite in a sort of preventative quarantine.

The US Department of Homeland Security is responsible for working with nuclear power plant operators to maintain their operations during a national emergency. On Thursday, the department issued guidelines that echoed the ones suggested by Korsnick.

“When continuous remote work is not possible, businesses should enlist strategies to reduce the likelihood of spreading the disease,” the DHS said in a memo, according to Power Magazine. “This includes, but is not necessarily limited to, separating staff by off-setting shift hours or days and/or social distancing.”

Roy Palk, president and CEO of New Horizons Consulting, which advises energy companies in the US, told the magazine that, “There are a lot of unanswered questions because this is not a model everyone is used to working with.”

To keep the lights on, he said, utilities and power plant operators might have to consider keeping staff onsite for the long term.

“These operators have a license to operate, they’re highly skilled, highly trained. They have to be certified.” he told the magazine. “These individuals need to be on the job, they need to be healthy. They have a big obligation to the public.”

Reuters contacted a dozen other power providers, all of whom said they were implementing plans to moderate risks to their employees and to ensure continuity of service, but who declined to comment on whether sequestering staff was a possibility.

In New York, Consolidated Edison Inc, which provides power to around 3.3 million customers and gas to about 1.1 million customers in New York City and Westchester County – both of which are under virus lockdowns – said it was taking steps to keep critical employees healthy, including separating some control center personnel to other locations where they can perform their work.