Published on December 20, 2019 by Charles Digges 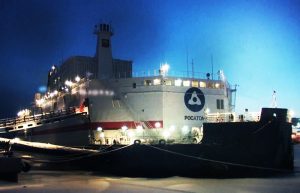 The Akademik Lomonosov at its final port of Pevek, Chukotka. Credit: Rosatom

In a statement, Rosatom reported that the Akademik Lomonosov had plugged into the “isolated Chaun-Bilibino network” in the port of Pevek, Chukotka, which is located in the Far East area of Russia.

As a symbolic gesture, the first volts of electricity pumped out by the plant lighted up a Christmas tree on the icebound village’s central square.

Described by Rosatom as the world’s “only floating power unit,” it’s envisaged that the Akademik Lomonosov — which set sail from the Russian port of Murmansk in August — will become an important part of the Chukotka area’s power supply. It has two KLT-40C reactors, which have a capacity of 35 megawatts each. Rosatom has begun decommissioning the Bilibino Nuclear Power Plant, which has served the region since the 1970s, expecting that the Akademik Lomonosov will replace its energy.

While Rosatom describes the plant as a “first of a kind,” that isn’t precisely true. The history of floating nuclear facilities stretches back to the USS Sturgis, which was an American vessel that was converted into a nuclear plant in the 1960s. 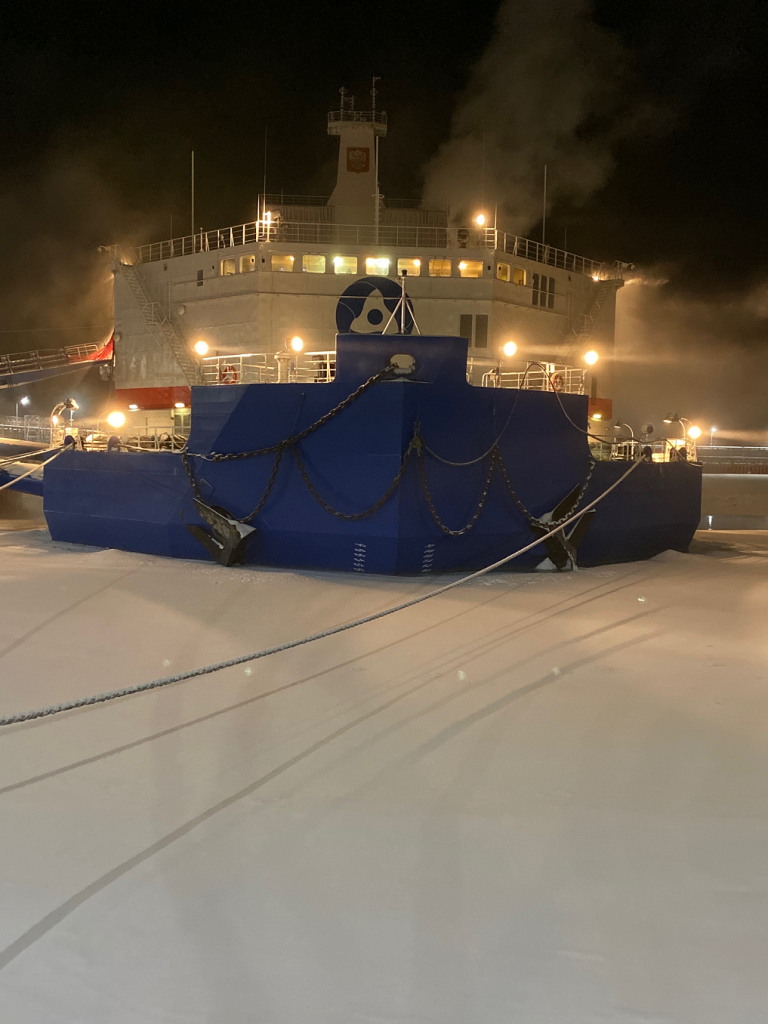 For its part, Bellona has opposed construction of plant since it began in 2006, publishing a detailed catalogue of its concerns in a report it released in 2011.

Rosatom says the floating nuclear power plant is suited to remote areas and “island states” which need stable and in its own words, “green,” sources of energy.

But Bellona has said that these aspirations to operate the plant in remote regions are part of what makes it so dangerous. Rescue operations in the event of an accident would be complicated by distance.

Memories of Fukushima’s waterlogged reactors have also failed to fade, and the thought of a nuclear power plant as vulnerable to tsunamis as the Akademik Lomonosov strikes an anxious chord among environmentalists. It would be difficult, if not impossible, to abate the consequences of a nuclear accident in the harsh environment of the Arctic.

For its part, Rosatom has said that its floating nuclear power plant has been designed with a “great margin of safety” which exceeds “all possible threats” and makes the nuclear reactors invincible to tsunamis and “other natural disasters.”

It adds that the nuclear processes at the facility meet requirements from the International Atomic Agency and don’t pose an environmental threat.

Rosatom is said to be mulling the build of a second floating nuclear power plant, with twin 50 megawatt reactors. The company claimed in its statement that interest in the technology has come from North Africa, the Middle East and Southeast Asia.