In recent weeks there has been a spike of interest surrounding the import into Russia of depleted uranium, a radioactive substance regarded by some as nuclear waste. Bellona’s own statements on the issue and the response of Russian nuclear officials to our critiques in the media have meant that our telephones at our St Petersburg office have been ringing. 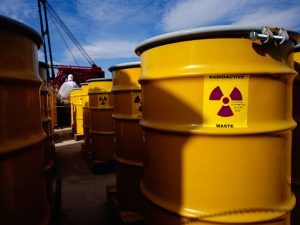 In recent weeks there has been a spike of interest surrounding the import into Russia of depleted uranium, a radioactive substance regarded by some as radioactive waste. Bellona’s own statements on the issue and the response of Russian nuclear officials to our critiques in the media have meant that our telephones at our St Petersburg office have been ringing.

At issue is a recent decision by Techsnabexport, a subsidiary of Rosatom, Russia’s state nuclear corporation, to resume the import of depleted uranium from Urenco, a German-based nuclear fuel conglomerate. Rosatom had ceased the imports in 2009 after environmental outcry.

Depleted uranium, also called uranium hexafluoride, is a colorless radioactive powder that is produced as a byproduct of enriching uranium for use as fuel in nuclear power plants. Many in the nuclear industry, Rosatom included, say that the compound is a useful raw material that can be used in fuel enrichment. Numerous environmental groups, however, contend that transporting the substance is hazardous, and that it should be stored as waste rather than reprocessed for further use. 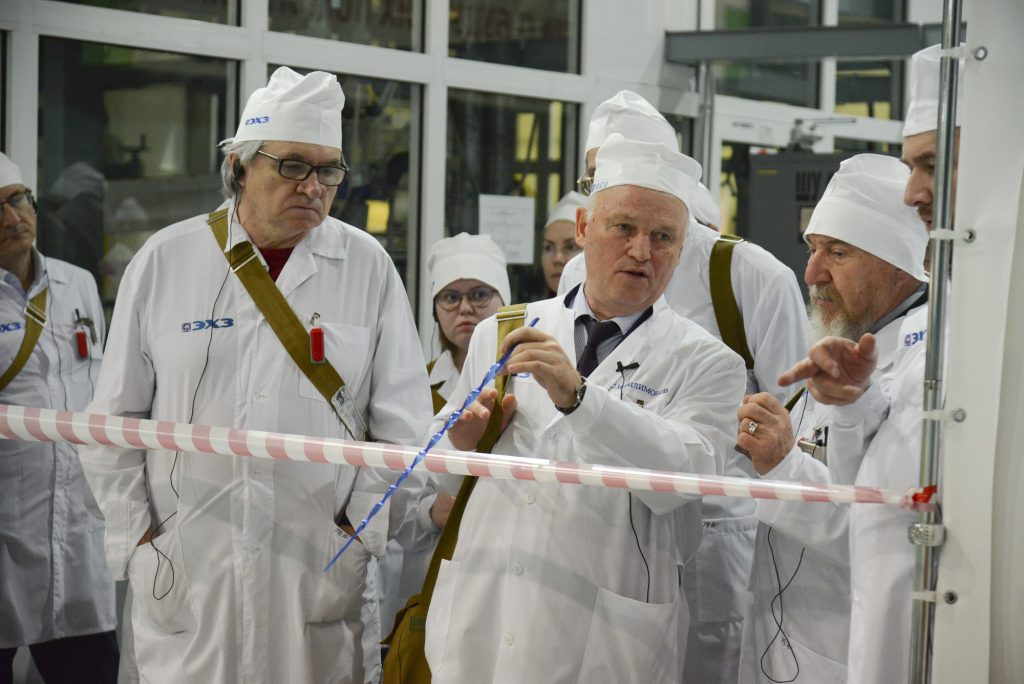 In late October, Greenpeace and Ecodefense, revealed that the deplete uranium imports had resumed and published German government documents proving that Urenco had contracted with Techsnabexport to accept some 12,000 tons of compound from Germany over the next two years.

In Bellona’s opinion, the contract appeared to violate the public trust, and we published our concerns about the imports in Russian and English in the hopes of getting a detailed explanation from Rosatom about why they had been resumed and how the corporation planned to ensure that they were being conducted in a safe manner.

When our concerns became public, Rosatom convened a special session of its public council – a consultative body comprised of environmental organizations – and formed a working group, of which Bellona’s Alexander Nikitin was appointed the head.

Earlier this month, this working group visited the Zelenogorsk Electrochemical Plant, a Russian nuclear fuel enrichment facility near Krasnoyarsk, where some of the German depleted uranium has been sent for processing under the Urenco contract. Our purpose was to make sure that all stages of the depleted uranium treatment process did not pose a threat to the environment or the health of Russian citizens.

In the process of this visit, we received answers to all the questions we asked and were able to examine storage installation and other facilities related to processing the uranium hexafluoride imports. We were shown monitoring systems at the Zelenogorsk facility, which allows for a rapid response to emergencies, should they arise. The plant staff is versed in how to handle malfunctions and stands ready to deal with depressurized container. They are also familiar with how to safely eliminate the consequences of any accidents.

We have laid out the details of our position on the uranium hexafluoride imports on our website. In the course of our dialogue with Rosatom, some – but not all – of our questions have been answered. We are convinced that, in many cases, the potential dangers posed by transporting and storing depleted uranium are somewhat exaggerated due to a lack of common understanding about the procedures among the public. It should be noted that the current import procedures meet the main legal and practical conditions for safety.

There are those who lay on the railroad tracks in front of trains bringing the imports and those who shout loudly to draw attention to the issue. We believe this to be a normal response, as adequate information about the project is still lacking. We, however, prefer to work on the level of experts, and we are endeavoring within our capabilities to assure that this import project is transparent, and that Rosatom answer all questions arising among an anxious public – including those posed by large environmental groups such as Greenpeace.

We hope that through joint efforts environmentalists will be able to influence the situation so we can prevent any incidents that would dangerous to the environment and to the public.