Some of the biggest firsts in the history of nuclear science came from a place that originally had no name. Instead, the area was designated by a number – Industrial Complex No 817 – itself positioned in city identified by a location and a number all its own: Chelyabinsk 65.

Published on January 15, 2019 by Charles Digges 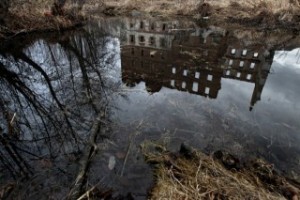 Some of the biggest firsts in the history of nuclear science came from a place that originally had no name. Instead, the area was designated by a number – Industrial Complex No 817 ­­– itself positioned in city identified by a location and a number all its own: Chelyabinsk 65.

As the Soviet Union crumbled, and certain veils of secrecy fell away, the place became known to the rest of the world as the Mayak Production Association in the Urals Mountain town of Ozersk. Its most important contributions to history by then, however, were already well known. Mayak – now one of the world’s most voluminous nuclear fuel reprocessors – had produced both the Soviet Union’s first atomic bomb and the world’s first nuclear disaster.

The consequences of those events are also well-known: an international arms race, a Cold War, and what, precisely, the environment looks like after it’s been tainted by nuclear fallout and decades of careless radioactive waste handling practices.

Over the past year, officials with Mayak and Rosatom, Russia’s state nuclear corporation, have been looking at ways to redress some elements of the facility’s history, and these are the subject of a new paper by Bellona.

Since our seminal Red Report on the Russian nuclear industry in 2004 – which offered the international community its first detailed look at Mayak – much more information about the operations of the once-anonymous facility have been driven into the light of day.

Still, precisely what Mayak planned to do to draw down its weapons production reactors, as well as mop up a radioactive mess that has corroded the health of nearly a half a million Russian citizens, has remained largely unclear.

But over the past year, Mayak has publicized documents, containing a sketch of how it plans to fully decommission the five graphite-moderated reactors, which produced plutonium for the Soviet Union’s first generation of nuclear weapons. 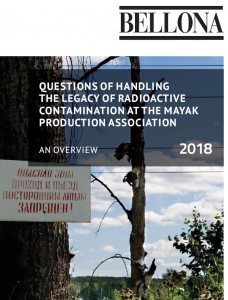 The Public Council of Rosatom – a group of civil society organizations that consult on Russia’s nuclear energy policy – has also reviewed proposals for decontaminating the Techa River, a 240-kilometer long tributary to the Ob River, which Mayak used as a dump for liquid radioactive waste until 2004.

The implications of these cleanup and remediation efforts are profound. In the case of the reactors, discussing a method for safely isolating their irradiated graphite innards from the environment could draw a road map for decommissioning many of Russia’s older civilian reactors, like the aged, graphite-moderated RBMK line.

The contamination of the Techa River will be harder to erase. Those Russians who live along the river’s northerly flow are nearly 40 percent more likely to have cancer. Their children are 25 times more likely to be born with malformed limbs and organs. Some who live along the river have lymph node swelling so severe that they cannot speak. While Rosatom can do something to address the strontium 90 remaining in the river’s waters, it can’t do anything for the victims the contamination has already claimed.

As our paper examines, however, neither of the proposals currently under consideration are sufficient for handling these complicated issues. In both cases, Rosatom seems to be forwarding plans that amount to nothing more than waiting and hoping that the science to handle these problems eventually emerges.

To deal with the reactors, Rosatom is weighing the option of simply removing a segment of their construction and burying their enormous irradiated graphite stacks in place. While this plan may be feasible on one level, it fails to assure that the graphite stacks will remain isolated from the environment for the entire 5,000 years required for them to become inert. It would also involve a raft of changes to Russian legislation, which defines with what, precisely, a radioactive waste repository must be.

To clean up the irradiated Techa River, which Mayak began contaminating in the late 1940s, Rosatom’s current plans revolve around doing nothing – and simply waiting another 100 to 150 years, during which time the strontium 90 in the water and the riverbed will become inactive.

But this is cold comfort to the thousands of the agrarian poor who dwell along the river, water their cattle on its banks, and who must combat seasonal flooding, which further irradiates their lands. It does even less to for those who have passed and continue to pass genetic maladies on to future generations.

Our purpose in this report is not merely to point out the insufficiencies of these proposals. It is rather to inspire further discussion of whether there are better options can be brought to bear in resolving these environmental crises. Indeed, both of Rosatom’s proposals have thus far been offered only as suggestions, not solutions. With this report, we urge the dialogue to continue.