The US House of Representatives last week approved an election-year bill to revive the mothballed nuclear waste dump at Nevada’s Yucca Mountain despite opposition of lawmakers from its home state. 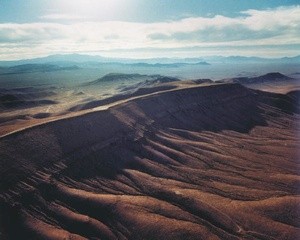 The US House of Representatives last week approved an election-year bill to revive the mothballed nuclear waste dump at Nevada’s Yucca Mountain despite opposition of lawmakers from its home state.

The legislation, if approved in the Senate, would overturn the policy of the Obama Administration, which froze the Yucca Mountain project in 2009 over concerns that it was unfit to store radioactive waste.

Many of the bill’s bipartisan supporters say it would help solve a nuclear-waste storage problem that has festered for more than three decades. More than 80,000 metric tons of spent fuel from commercial nuclear power plants sit idle in 121 communities across 39 states.

In 1982, Congress passed the Nuclear Waste Policy Act, which obligated the federal government to start taking control of spent fuel by 1998, and the troubled Yucca Mountain project was born. But now, two decades later, virtually none of the waste has left any of the facilities where it is currently stored in a mix of pools and dry casks.

After $98 billion worth of work, the Yucca Mountain site was found to be a scientifically dicey for storing some 130 million metric tons of radioactive waste and spent nuclear fuel from America’s 99 operating nuclear reactors. The site would be vulnerable to earthquakes and other natural forces that no one can predict, and its location poses threats to drinking water pumped to Los Angeles.

In 2009, Obama’s energy secretary Steven Chu, pulled the plug on Yucca. He opted instead for nuclear plants to hold on to their waste until a better repository could be developed. None have since materialized.

In the interim, 80,000 metric tons of spent nuclear fuel alone has piled up around the country and the government has been forced to pay plant operators hundreds of millions of dollars each year for breach of contract, money operators are not required to – and in many cases don’t ­– spend on storage.

The new legislative initiative that passed the house last week would direct the US Energy Department to continue a licensing process for Yucca Mountain while also moving forward with a separate plan for a temporary storage site in New Mexico or Texas.

The House approved the bill, 340-72, sending the measure to the Senate, where Nevada’s two senators have vowed to block it.

But House members from both parties outside Nevada said it was past time for the federal government to fulfill its obligation to permanently dispose of spent nuclear fuel now sitting in dozens of states, near lakes, rivers and communities.

President Donald Trump’s administration has proposed reviving the long-stalled Yucca project, which is located 161 kilometers northwest of Las Vegas, but the plan faces bipartisan opposition from the state’s governor and congressional delegation.

Energy Secretary Rick Perry has said the U.S. has a “moral obligation” to find a long-term solution to store spent fuel from its commercial nuclear fleet. Trump’s budget proposes $120 million to revive the Yucca project.

While the fight over Yucca resumes, lawmakers say they hope to make progress on a plan to temporarily house tons of spent fuel that have been piling up at nuclear reactors around the country. Private companies have proposed state-of-the-art, underground facilities in remote areas of west Texas and southeastern New Mexico to store nuclear waste for up to 40 years.

The nuclear industry has said temporary storage must be addressed since the licensing process for Yucca Mountain would take years under a best-case scenario.