Two South African activists who stopped a Russian nuclear deal that was tinged with corruption were among the winners of this year’s Goldman Environmental Prizes, the world’s most prestigious award for grassroots ecological activism. 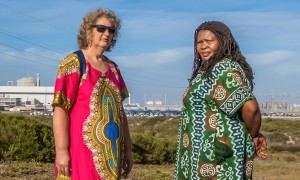 Two South African activists who stopped a Russian nuclear deal that was tinged with corruption were among the winners of this year’s Goldman Environmental Prizes, the world’s most prestigious award for grassroots ecological activism.

But the Rosatom agreement – which bypassed numerous of South Africa’s constitutional requirements for such deals – had been kept secret from the public as well as other branches of the South African government.

Makoma Lekalakala and Liz McDaid, two environmental activists in Johannesburg,  managed to thwart all of that. Acting on a tip from Russian environmentalists, Lekalakala the director for Earthlife Africa, and McDaid, climate-change coordinator for the Southern African Faith Communities’ Environment Institute, blew a whistle on the deal and led a five-year-long legal battle that landed the matter before South Africa’s Supreme Court. 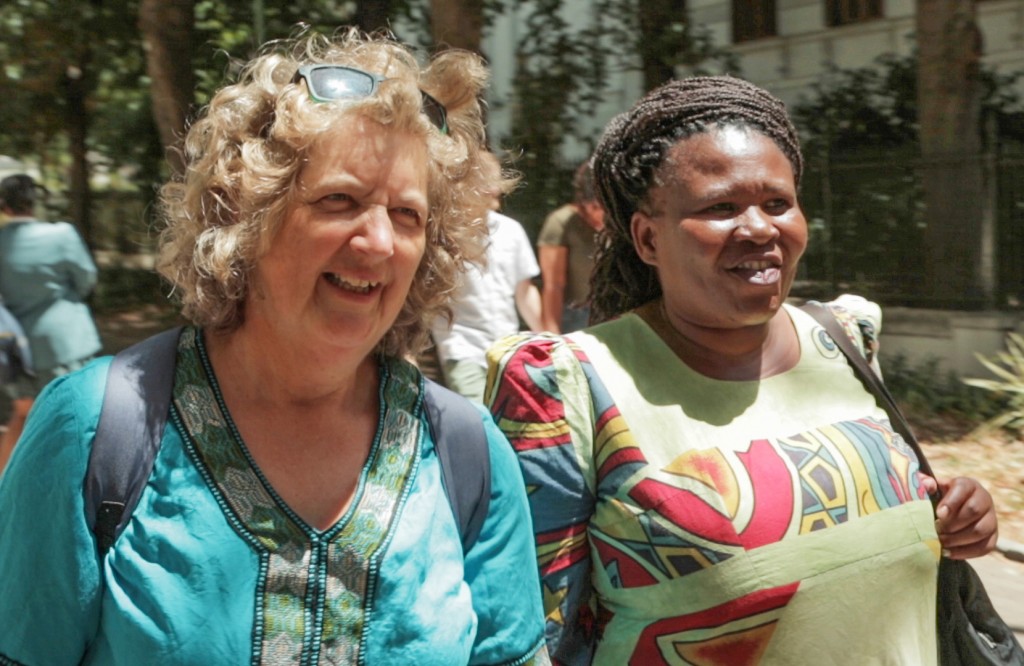 Makoma Lekalakala, right, and Liz McDaid, who says "the government tends to regard its citizens as sheep." Credit: Gerald Peterson/Goldman Environmental Prize

Last year, the high court ruled the plan was unlawful and unconstitutional, agreeing with Lekalakala and McDaid’s claims that it had been arranged without proper consultation with parliament.

The decision revealed some ugly machinations within the South African government, and exposed the onerous terms of the deal, which would have heavily benefitted Rosatom at South Africa’s expense.

Zuma’s son, it was discovered, owns the uranium mine that would have supplied fuel for the project, while the project itself would have handed unprecedented tax deals and regulatory concessions to Rosatom, which would also maintain a monopoly on nuclear production in the country for 20 years.

Once discovered, the deal became the subject of loud criticism and calls for protests in many quarters, not least because government finance officials, including then Finance Minister Nhlanhla Nene, insisted that South Africa could not afford the ambitious project – which represented about a quarter of the country’s economy.

It is widely believed that Nene, who has now been reappointed to his ministerial role, was sacked by Zuma for his refusal to rubber-stamp the deal. Zuma has denied any wrongdoing, but shortly after the deal was exposed, his administration crumbled.

Last year’s landmark ruling means that any future nuclear proposals must first be passed in South African parliament and opened up to the public.

“Government tends to regard its citizens as sheep that will do what it says,” Ms McDaid told the BBC’s Newsday program. “When you see that something is not right you have to stand up, but often you’re standing up to a bunch of bullies.”

Lekalakala and McDaid, who cut their activist teeth in the anti-apartheid struggle, were alerted to the secret deal by Russia’s Ecodefense. Although South Africa’s government kept mum about the project, Rosatom initially trumpeted the deal on its website. This was quickly taken down, but not before Earthlife took a screen-grab, which they used to rally opposition to the project among environmentalists, the media and legal experts.

South Africa’s new government has signaled a shift in direction. President Cyril Ramaphosa said in Davos this year that nuclear power plans were off the table. His government has signed alternative deals to promote wind and solar power.

“Civil society can claim some credit for ensuring the government didn’t run along a nuclear path that would have bankrupted the country,” Lekalakala told The Guardian. “We’ll use the Goldman award to further our struggle and build a new generation of activists.”

The annual Goldman environmental prize recognizes “environmental heroes” and “grassroots activists” deemed to have made “significant achievements to protect the environment”.

Others winners of the global award this year hail from Colombia, France, the Philippines, Vietnam and the US.