The speech Russian President Vladimir Putin gave last week, in which he threatened to make the world, particularly the United States, listen to him on pain of nuclear annihilation, has been widely dismissed as a bluff, and likely the closest thing he will be giving to a campaign speech prior to his assured re-election later this month on March 18.

Published on March 7, 2018 by Charles Digges

The speech Russian President Vladimir Putin gave last week, in which he threatened to make the world, particularly the United States, listen to him on pain of nuclear annihilation, has been widely dismissed as a bluff, and likely the closest thing he will be giving to a campaign speech prior to his assured re-election later this month on March 18.

But the continued appearance of radioactive iodine in the air over Europe, particularly the odd occurrences that have been measured by Scandinavian countries, suggests the Russians could be testing something – though likely with far less success than the Kremlin leader would have us believe.

The most riveting claims from Putin’s two hour long state-of-the-federation appearance before Russia’s parliament  – which, after skipping last year’s address, he can only be said to deliver on an irregular basis – were that Russia possesses an invincible missile powered by a nuclear engine along with numerous underwater drones capable of lashing out with hypersonic nuclear strikes.

This new power was illustrated by a video animation, displayed on a screen behind Putin on the stage, of a missile firing into the sky and flying. The screen then switched to a graphic of the rocket meandering around the globe, headed toward the United States before turning south and flying toward the South Atlantic, and then around South America and ending up somewhere on the US West Coast. The eastern US wasn’t spared. In another video, Putin showed missiles hurtling toward Florida.

It emerged almost immediately that the video didn’t have much to do with the current state of affairs: It had been shown before, in 2007, on Russian state television. 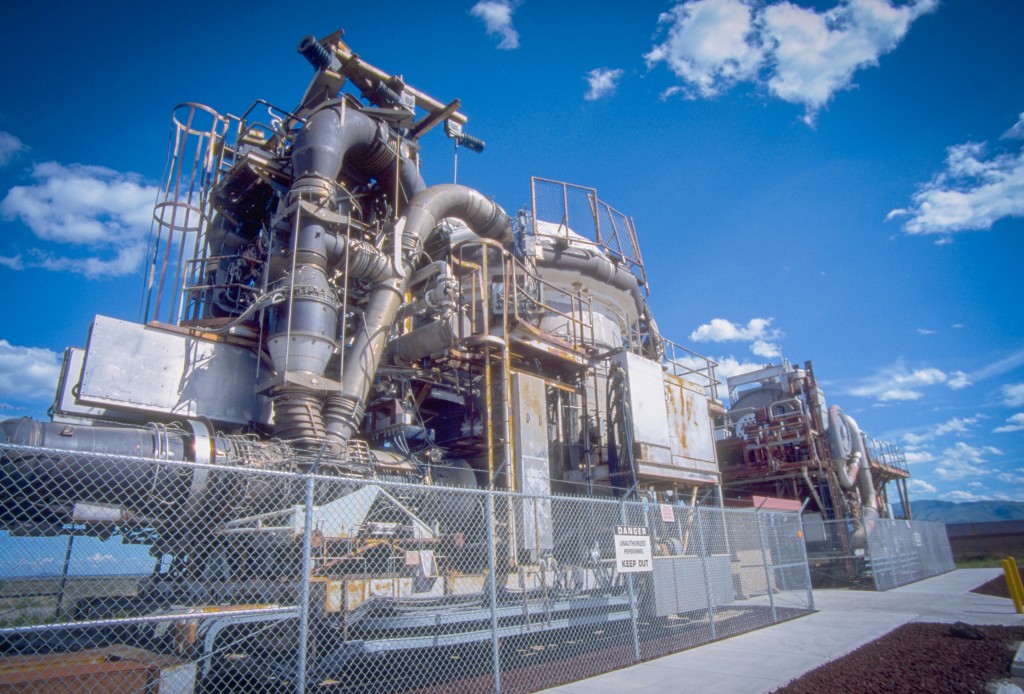 A nuclear airplane engine tested by the United States in 1959. Credit: Nils Bøhmer

But Nils Bøhmer, Bellona’s general manager, and other experts suggest that it’s not so much Putin’s blustering of achievements that should be taken seriously so much as it is evidence of his apparent failure –  a story hint at by the iodine 131 everyone keeps finding.

Following Putin’s speech, numerous US experts told media that they were aware Russia’s attempts to build something like what he described in his speech: A nuclear missile powered by an onboard nuclear reactor.  The United States tried – and failed – to deliver something similar in the late 1950s.

The experts went on to tell ABC television that Russia has, in fact, been dabbling in something like this, but that Moscow’s version has been crashing over and over in the Arctic.

They didn’t supply a timeline for the crashes. But Bøhmer suggested that two incidents of iodine 131 pollution measured over Northern and Central Europe between January and March of 2017, and again in January and February this year, might have some connection to those possible wrecks.

The levels of iodine – which has a half life of only eight days – were picked up in both cases by measuring stations in Finland and Norway, which, of course, both abut the Arctic.  In the earlier event the releases were confirmed by Poland, Germany, the Czech Republic, and France as well.

In the event of some sort of nuclear test, says Bøhmer, particularly in a country where nuclear safety wasn’t much of a concern – and both the Russia and the US have a dark history here – iodine could, as it has during nuclear tests in the past,  show up in the atmosphere, along with a host of others isotopes on top, such as strontium and cesium.

Neither of these last two isotopes, which have a half lives measured in decades, showed up in the detected releases of iodine. But Bøhmer suggests that the Chernobyl disaster in 1986, which released massive amounts of both isotopes into the environment, could serve to mask their detection in the recent batch of readings.

On both occasions – and unlike the recent detection of radioactive ruthenium, in which Russia’s nuclear reprocessing facility Mayak remains a prime suspect – there were no culprits who could be traced to the not unhealthy but certainly suspicious blooms in iodine 131.

Such an atmosphere turned out to be ripe for conspiracies to blossom, and before the hubbub died down, Russian bloggers and social media had implicated Halden, the Norwegian research reactor in a Fukushima-level belch of radiation. But the fact remains that no credible candidates for the release have yet emerged.

Could it be that the missiles Putin boasted of last week have been crashing in the arctic and pushing up European iodine releases?

This is the first of two articles on the environmental aspects of Putin’s recent speech.