Alexei Yablokov, the towering grandfather of Russian ecology who worked with Bellona to unmask Cold War nuclear dumping practices in the Arctic, has died in Moscow after a long illness. He was 83.

Published on January 10, 2017 by Charles Digges 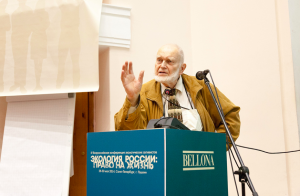 Alexei Yablokov, the towering grandfather of Russian ecology who worked with Bellona to unmask Cold War nuclear dumping practices in the Arctic, has died in Moscow after a long illness. He was 83.

As a member of the Russian Academy of Sciences, he was also the lead author of the seminal 2007 book, “Chernobyl: Consequences of the Catastrophe for People and the Environment.”

The book presented the conclusion that the 1986 Chernobyl disaster was responsible for 985,000 premature deaths – the boldest mortality tally to date – by analyzing 6,000 source materials on the accident.

“He was an inspiration, a great friend and a great scientist, one of the world’s most significant environmental heroes,” said Hauge. “To know him and to work with him, someone of such cool and keen intellect is a memory we should all take care of and treasure.” 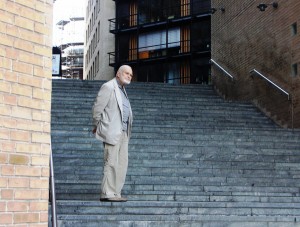 Yablokov commanded a broad environmental and political mandate in Russia, and published over 500 papers on biology, ecology, natural conservation and numerous textbooks on each of these subjects. He founded Russia’s branch of Greenpeace and was the leader of the Green Russia faction of the Yabloko opposition party.

While serving as environmental advisor to President Boris Yeltsin’s from 1989 to 1992, Yablokov published a searing white paper that detailed the gravity of the radiological threat posed by dumped military reactors and scuttled nuclear submarines in the Arctic.

Yablokov’s white paper spearheaded an epoch of environmental openness that led to more than $3 billion in international aid to Russia to clean up 200 decommissioned submarines and to secure decades of military nuclear waste.

The paper’s findings dovetailed an early Bellona report in 1992 on radioactive waste dumped by the Russian Navy in the Kara Sea.

Hauge said that Yablokov was “the first person in a position of power in Russia who was brave enough to step forward and support our conclusions.”

“He helped open serious discussion about what was a Chernobyl in slow motion,” said Hauge.

The partnership became critical. In 1995, Bellona’s Alexander Nikitin was charged with treason for his contribution to a report expanding on Bellona’s conclusions about nuclear dangers in the Arctic. The report was called “The Russian Northern Fleet: Source of Radioactive Contamination.”

“His coolness during the Nikitin case was remarkable,” said Hauge on Tuesday. “He really emphasized that the constitution was the way to Nikitin’s acquittal.”

In 2000, Russia’s Supreme Court agreed, and acquitted Nikitin on all counts, making him the first person to ever fight a treason charge in Russia and win.

Yablokov was a constant luminary at Bellona presentations in Russia, the European Union, the United States and Norway, most recently presenting his 2007 book in Oslo on the 30th anniversary of the Chernobyl disaster.

He was also a tireless defender of environmental activists in Russia, suggesting at a 2014 Bellona conference in St. Petersburg that ecological groups should publish a list of those government officials who harass them.

“We must constantly support our comrades who have been forced to leave the country or who have ended up in jail on account of their environmental activism,” he told the conference.

That same year, Yablokov championed the presentation of a report on environmental violations that took place at Russia’s showcase Winter Olympics in Sochi.

Yablokov arranged for activists from the Environmental Watch on the Northern Caucasus – many of whom were jailed, exiled or otherwise harassed into silence – to present their shocking report on Olympic environmental corruption in Moscow when every other venue had turned them away.

“He was a friend and advisor to us from the beginning and in a large part we owe the success of our Russian work to his steady advice and guidance,” said Hauge.

Yablokov’s death was mourned across the spectrum in Moscow. Igor Chestin, head of the WWF called Yablokov Russia’s “environmental knight.”

Valery Borschsev, Yablokov’s colleague in the human rights faction of the Yabloko party said of him that “he was a person on whom the authorities had no influence.”