Rosatom abroad: What nuclear power plants are planned? Which ones are being built? Don’t look further, we have got you covered. 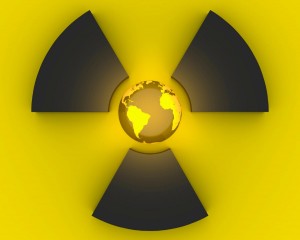 Russian NPPs are being planned and built around the world. 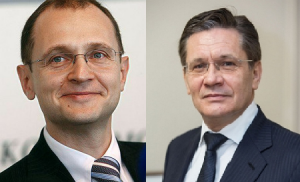 New head of Rosatom: Sergey Kiriyenko (left) was replaced by Alexei Likhachev (right) as the new CEO of Rosatom,

The Russian State Nuclear Energy Corporation Rosatom is one of the world’s largest nuclear companies, with operations not only in Russia, but in many countries around the world. The last years, Rosatom has been very active in trying to expand its operations, proposing and building nuclear power plants all around the world.

In the first week of October this year, Alexei Likhachev was appointed as the new CEO of Rosatom, replacing Sergey Kiriyenko. In light of these developments some commentators have foreseen that Rosatom will further increase their activities abroad in the near future, seeing as Likhachevs expertise lies in international relations.

Therefore, we have compiled a list of Rosatoms planned projects abroad as of October 2016 for further reference.

What nuclear power plants (NPPs) are planned? Which ones are being built? Don’t look further, we have got you covered.

The technical data is based on official information available at Rosatoms website. A link to open-source material is also provided for each project in the list.

This first article will look at international projects and the second on domestic projects in Russia.

NPPs planned and under construction outside Russia:

In 2010, a deal between Rosatom and the Turkish government on the construction of this Nuclear power plant was signed and ratified by the Turkish parliament. Lately, a more turbulent relationship between Turkish and Russian political authorities has led to uncertainty as to when, or whether at all, the construction of the NPP will commence. Now that the relationship between the two states is once again restored, the Akkuyu project might be back on track sooner rather than later.

The project has seen quite many protests from local citizens. In 2011, a human chain was made by local residents to protest the project. Later, in early 2015, it became known that specialist signatures on a government-sanctioned environmental impact report had been forged, which again sparked new protests. In addition, residents of Cyprus find the project controversial, due to the planned site’s proximity to the island. 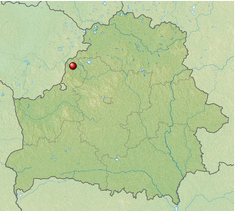 The two reactors of the Belarusian NPP will be ready for operation in 2018 and 2020 respectively.

The NPP has been controversial since it was first coined. Civil society groups have campaigned and collected signatures against the construction of a nuclear power plant in Belarus. Specifically, activists have also protested the choice of a Russian contractor, arguing that an NPP in Belarus should be built by a company based in another country.

Recently reports told about an accident on site. According to local whistle-blower Mikalai Ulasevich, a crane dropped the 330-tonne reactor from a height of 2-4 metres during a test lift in July 2016. The Belarusian government demanded the unit be replaced. According to Sergey Kiriyenko , head of Rosatom at the time, the dropped unit could be used in other projects. Replacement is sure to lead to delays in the project. 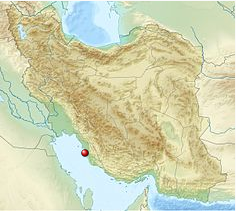 Iran’s (and the Middle East’s) first NPP is the result of a decade long process. The construction was first initiated by the German company Kraftwerk Union A.G (Siemens/KWU) in 1974. In 1980, after the Islamic revolution in 1979, the German government decided to join the embargo if Iran initiated by the US, and the construction was halted. In 1992, a deal was made between the Russian Federation and Iran to construct a power plant. The Russian contractors were able to use the site left behind by the Germans to continue the construction from 1995 and on.

In September of 2013, the official handover from Russian to Iranian hands was made official. So far, only one reactor is in operation. This is Bushehr-1.

In 2014, a contract was signed by Iran and Russia for construction of another two reactors on the site of Bushehr-1. The agreement also outlined the possibility of expanding further with a up to six reactors at other sites later. This project is called Bushehr-2. 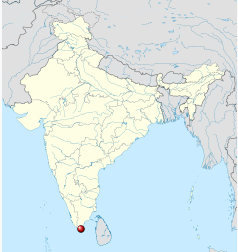 The Kudankulam was first agreed on by the governments of India and the USSR in 1988. Due to the collapse of the Soviet Union, uncertainties ensured that the project was not revived until 1998.

The first reactor came online in 2013, 11 years after construction first started, and the second one is also officially ready as of 16th of October 2016.

In 2014, India and Russian signed an agreement outlining plans for the construction of two more reactors at the site. Later, in October 2016, Russia and India announced that the plans for Kundankulam-2 are ready, and that construction will start sometime during 2017.

Kundankulam is yet another example of a controversial project. Local residents, especially fishermen, have protested against the project. There has also been significant support for the plant locally, and this has led to clashes between interest groups. In 2014, there was an incident involving crude homemade bombs exploding in a local village. Allegedly, the bombs were made by groups opposing the NPP, and were targeted at local fishermen who supported the project.

The project has also been subject to the attention of the courts. In 2011, a public interest litigation was filed with the Supreme Court of India, asking for nuclear power development to be delayed until safety concerns were independently assessed. The court ruled in favor of the NPP project in 2013, saying the plant was in the larger public interest.

The Ninh Thuận NPP is a project still in the planning phase. It was to be Vietnams first NPP. Initial work has begun on site, and construction was intended to begin in 2014. The government of Vietnam decided to postpone it until 2020 to ensure the highest degree of safety possible.

The project is going to be financed by a US$8 billion loan from the Russian Federation.

Another NPP is to be built by Japan in the same area.

The original Paks NPP was constructed by the Soviet Union. Consisting of four reactor units of the VVER-440-type, it was commissioned in 1982. The Paks-2 was first ordered by the Hungarian government in 2009. A deal between the Hungarian company MVM and Rosatom was signed in the end of 2014, and outlines the addition of two new reactors to the already existing ones.

Paks is the only NPP in Hungary, and its four operational reactors produce 50% of the electrical power generated in the country. 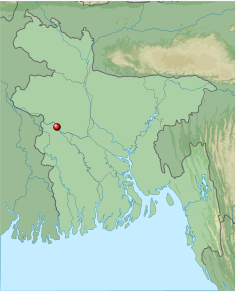 Bangladesh has a long history of trying to acquire nuclear power generating facilities within their borders. The first proposal was made in 1961, and talks ensued with Canada, as well as Sweden, Norway and the Soviet Union. Only in 2009, when talks with the Russian Federation began, did the Bangladeshi government get anywhere. Rosatom promised to start construction of what would be Bangladesh’s first nuclear power plant by 2013.

The project has seen several delays, and cost estimates have risen dramatically since the idea was first coined. The reactor will be financed by a loan from the Russian Federation.

For more info on the Ruppur NPP, consider reading this article on the Bellona website. 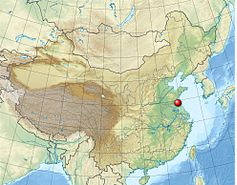 Tianwan was originally planned to consist of two reactors and started operating in 2006 and 2007. Later, in, 2010, China ordered two additional reactors from Rosatom. The project was delayed slightly by the nuclear accident in Fukushima in 2011. Construction started in 2012 and 2013 respectively, and both of the two reactors are planned to be ready for operation in 2018.

The Chinese authorities participate in the construction of the power plant. Other partners are also involved in the process, including Siemens, and the project is said to mainly use third party parts. 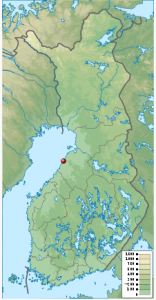 Rosatom is partaking in the construction and financing of the planned Hanhikivi NPP in Finland. When finished, Rosatom will own 34% of the NPP.