The agreement, signed between Presidents Vladimir Putin and Bill Clinton, envisioned the destruction of 34 tons of surplus weapons grade plutonium declared by each country.

The agreement dragged on for years as neither side could agree on a method of disposal. Russia was likewise reluctant to rid itself of its weapon plutonium, which it considers a valuable product to produce fuel. 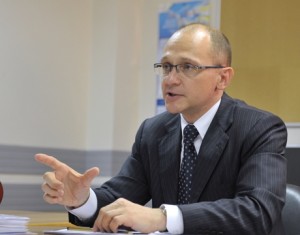 In August 2015, after severe cuts to US programs that would dispose of US plutonium in mixed oxide, or Mox, fuel, a leaked report from the Department of Energy showed the government intended to use the cheaper and safer option of diluting and storing the plutonium stocks in New Mexico.

On Wednesday, Kiriyenko announced, “Russia has fully met its obligations” under the agreement.

He said Russia has built a plant for dismantlement for $240 million, while America has spent $240 million on its Savannah River Site, which the country didn’t complete. It’s total price tag would have been $4.9 billion.

In 2014, after two decades of bickering with Russia over disposal methods, billions of dollars, and minimal progress, the Obama administration mothballed the program, zeroing out its budget and stopping construction of the Mox facility at the DOE’s Savannah River site.

In his televised interview, Kiriyenko once again stumped for plutonium being a resource.

The biggest risk is if you burn it, you cant get it back,” he said, “and if you move it and bury it, there ism in principle, technology that can dig it up again and separate it.”

Putin has accused the US of not holding up its side of the bargain, the daily Kommersant reported and implied the US was holding on to it to make more nuclear weapons. 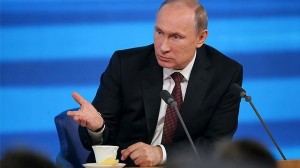 “In the beginning of the 2000s we agreed with the Americans to destroy weapons plutonium,” Putin was quoted by the paper as saying. “We signed all the agreements and agreed that this material would be destroyed by industrial means for which special facilities needed to be built – we built these facilities – our American partners didn’t.”

The newspaper quoted the US State Department as denying the had abandoned the agreement, and intended to do so.

Where the plan unraveled

The DOE at the time pushed for the dilution and disposal option, but the Russian side shouted that down, insisting its plutonium stocks were valuable fuel for its then-nascent power generating fast reactors at Beloyarsk, according to Russian nuclear officials interviewed told Bellona at the time.

Between 2003 and 2006, negotiations over the disposal methods became tedious and protracted, and started to unravel, former DOE officials privy to the negotiations told Bellona.

More recently, both countries began charting their own divergent paths to fulfill the Plutonium Disposition Agreement. Russia has since opted to use its plutonium at the Beloyarsk reactors.

The US, meanwhile, broke ground on a MOX nuclear fuel fabrication facility at the DOE’s Savannah River Site in South Carolina in 2007. The plant was to produce MOX fuel for light-water reactors. The plant’s price tag was estimated at $4.9 billion.

The facility’s design is similar to Areva’s Melox facility at Marcoule, France, but modified to handle metal plutonium ‘pits’ from US weapons and their conversion from metal to plutonium oxide, World Nuclear News reported.

But it’s this part of the process that’s causing problems, the agency reported.

Edwin Lyman of the Washington-based Union of Concerned Scientists – which initially obtained the DOE leak – has long been critical of the risks associated with producing MOX.

“Using plutonium-based fuel in nuclear reactors increases the risk of a serious accident,” he said. He added that the MOX program failed to take into consideration tremendous security risks.

“Converting this plutonium to a form that is harder to steal or reuse in nuclear weapons is a critical long-term goal,” he said. “But the MOX project actually increases near-term risks by making it easier for terrorists to steal plutonium during processing, transport or storage.