ROOPUR, Bangladesh – Russian state nuclear corporation Rosatom and the government of Bangladesh have signed a deal to invest $12.65 billion in a project to build two 1200 MWe nuclear power units at Rooppur.

Published on January 11, 2016 by Andrei Ozharovsky, translated by Charles Digges 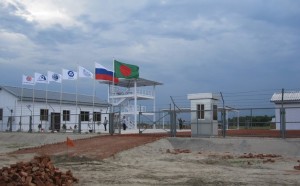 ROOPPUR, Bangladesh – Russian state nuclear corporation Rosatom and the government of Bangladesh have signed a deal to invest $12.65 billion in a project to build two 1200 MWe nuclear power units at Rooppur.

World Nuclear News, citing Reuters, said the ink dried on the agreement on December 23. Kamrul Islam Bhyian, spokesman for Bangladesh’s Ministry of Science and Technology, told the news agency that Russia will finance up to 90 percent of the total cost of the project as credit with interest. Bhyian added that Bangladesh will pay off the loan within 28 years with a 10-year grace period.

Bangladesh, with its population of 150 million people, is one of the poorest countries in Southeast Asia, and is often rocked by political turbulence, terrorism and attacks on foreigners.

But in keeping with Rosatom’s practice of padding its foreign order book, the Bangladesh project looks like another in a long list of reactor export deals relying on huge credits financed by Russian taxpayers to countries that have scant chanced of repaying them.

Russia has already earmarked $500 million in credit to Bangladesh, and the start of construction will still require a few more loans from the Russian budget. That may be a hard sell, given Atomenergoprom, Rosatom’s foreign reactor building wing, last year suffered an embarrassing credit rating downgrade to a “BBB –.” 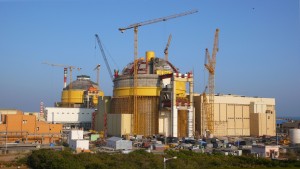 And where the deal earlier envisioned building Russia’s well-test work-horse VVER-1000 reactor, newer documents stipulate Bangladesh will receive the VVER-1200, which still has not been used for industrial-scale energy production ever.

Local’s who stand against the plan have also told Bellona that Bangladesh can fair fine on cheaper and readily available renewables and other climate friendly solutions it is now obligated to pursue as one of the 195 signatories of the Paris accord.

And while many argue nuclear power falls into that emissions free category, plant construction times would fail to meet deadlines to halt global warming to below 2C under pre-industrial levels. Plus, continued mining of uranium for fuel worldwide is nothing if not carbon intensive.

The plan for the Bangladesh has elicited criticism from experts in the local population, and Bellona has interviewed Bangladeshis who are against the import of Russian nuclear reactors.

One of these is Nusrat Islam Khan, a journalist from the city of Dhaka in Bangladesh’s central district, which is where the plant would, in fact, be located. Her chief concern is that the plant’s construction was a political, not a popular decision. 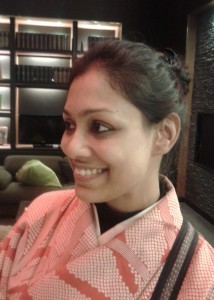 Nusrat Islam Khan, a journalist from the city of Dhaka. (Photo: Andrei Ozharovsky)

What do you think of the politics behind the decision? Was the public informed by the government and environmental bodies that this decision had been taken?

“Because we are a small country and a densely populated country, our power demand is in a crisis. Our country is therefore choosing nuclear power plants. IT is a political decision and our politicians are very more fond of taking the easy way out than it is in protecting our environment and being more human. That will not generate any voice for the people who live in the area of the plant. I don’t think there is not good will behind constructing this nuclear power plant – but the financial and ecological consequences have not been discussed with the people. If it is built there is not way the poor people in the small communities can’t not use it. But if an accident occurs then the poorest local residents will suffer and depending on wind conditions [in the event of an accident] half the country might need to be evacuated. So this is impossible to support.”

Another prominent Bangladeshi who spoke with Bellona was Arup Rahee, of the Center for Bangladeshi Studies 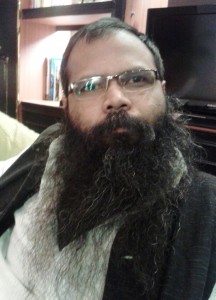 “We are rather disturbed by the plants to build the nuclear power plant. The whole project has scientific, technical and political difficulties. For example, its not clear what will happen with radioactive waste – which Russia take it or will it remain with us? Aside from that a nuclear power plant is a very risky decision for our country. Do we really need such a risky solution? We have big resources of solar ad geothermal energy. We are fully capable to having energy based on renewable sources. We don’t need the risk of a nuclear power plant.”

“Experts who understand have direct questions about the VVER reactor. Further, they plan to build the plant on the banks of the Padma River (in the lower reaches of the Ganges) and use its water – so there are important water use questions.”

“The biggest problem is with people’s involvement in the decision to build the plant. There was no consultation with the local population. Our government simply gave the order – clear the land for construction.”

“The plans for the Roopur plant began even before Bangladesh’s independence [in 1971] while still under Pakistan’s rule. The site was chosen the, and quite possibly Pakistan planned a reactor for military use [Pakistan tested a nuclear device in 1998 in violation of the international nonproliferation regime].”

“Neither then nor now did anyone consult with the people, didn’t tell them what nuclear power was, or explain the risks involved.”

“I would like turn to the Russian people, to our friends, to ask their government not to export nuclear reactors. Those in Russia must remember the tragic history of Chernobyl. We don’t want a repeat of Chernobyl in Bangladesh.”